England have dodged the proverbial ‘group of death’ at the next UEFA Nations League tournament after drawing Iceland, Denmark and Belgium in the group stages.

They faced Roberto Martinez’s Belgium side twice at the 2018 World Cup, once at the end of the group phase and again in the third-place play-off, losing on both occasions.

They are due to face the Danes in a friendly later this month, coronavirus-permitting, while they famously lost to Iceland in Nice at Euro 2016. Luis Figo pulled England out of the bowl and they will face Belgium, Iceland and Denmark

Gareth Southgate reflected: ‘Some good matches, it’s nice to play different teams in competitive games. All of the groups are quite tough, and we have a really good game against Belgium.

‘Teams like Germany and Croatia in that other pot could have been tougher, but that’s the Nations League. In September, October, November period its important to have competitive matches. We got proficient against teams defending deep in Euro qualifying and these matches will be a much greater test of our all-round game.’

France and Croatia, who met in the 2018 World Cup final, were paired together in Group A3 while Spain and Germany go head to head in A4.

The group winners from League A will contest the Nations League finals in June 2021, with one of them being selected to host it. 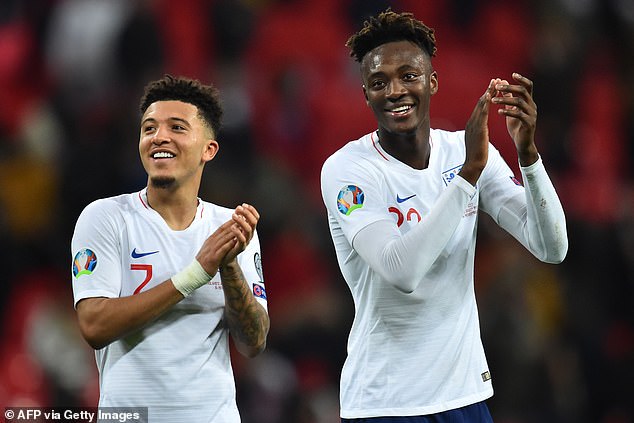 Jadon Sancho, Tammy Abraham and Co cannot have too many complaints about the draw

The competition also provides a back door to qualification for the 2022 World Cup.

The two highest-ranked Nations League group winners who do not either win their World Cup qualifying group or finish as runners-up will enter a 12-team play-off to secure the final three European places at the finals in Qatar.

Serbia and Russia were drawn together in the same group in League B while Wales meet again in the tournament.

Ryan Giggs’ men will take on the Irish in Group 4 of League B in UEFA’s competition, which was a big success in its inaugural edition in 2018-19.

The sides met in that first competition too, with Wales winning both encounters. 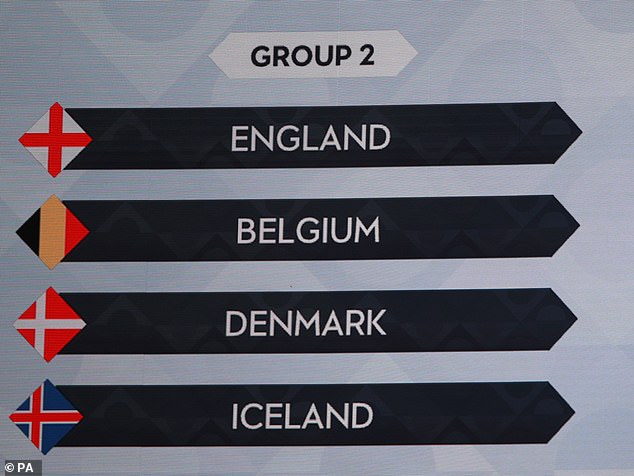 The other sides in Group B4 are first-time Euro finalists Finland and Bulgaria.

Scotland, who are due to take on Israel in a Euro 2020 qualification play-off later this month, will also face them in the 2020-21 Nations League.

Steve Clarke’s men will also face the Czech Republic and Slovakia in Group B2.

Northern Ireland were drawn in Group B1 alongside Austria, Norway and Romania.

Group phase games will be played between September and November 2020 with the finals to be concluded in June 2021.

With the pot 1 teams coming out of the bowl, England fans will have been desperate for their side to avoid meeting Germany, Spain and Ukraine. Fortunately they did and Switzerland will face the aforementioned big sides.

England will face Iceland, Denmark and Belgium in their group when the tournament kicks off in September. It could have been a lot worse with Spain, Germany and Ukraine forming an ominous group of death with Switzerland. 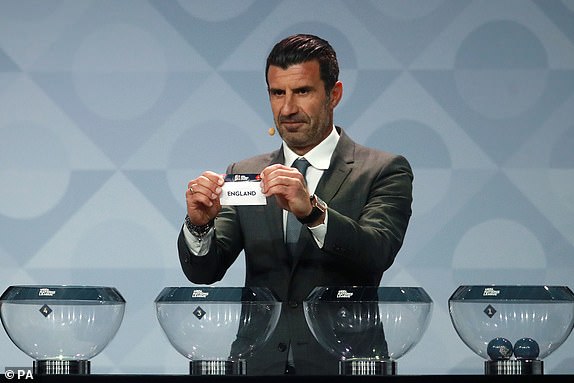 Israel, Slovakia and the Czech Republic forms a difficult looking group for the Scots but Ryan Giggs will be pleased with Finland, Bulgaria and the Republic of Ireland, which will will be a game to savour. Northern Ireland might fancy their chances in B1 against Romania, Norway and Austria.

Rafael van der Vaart is the man in the limelight for this section of the draw with big home nation interest: 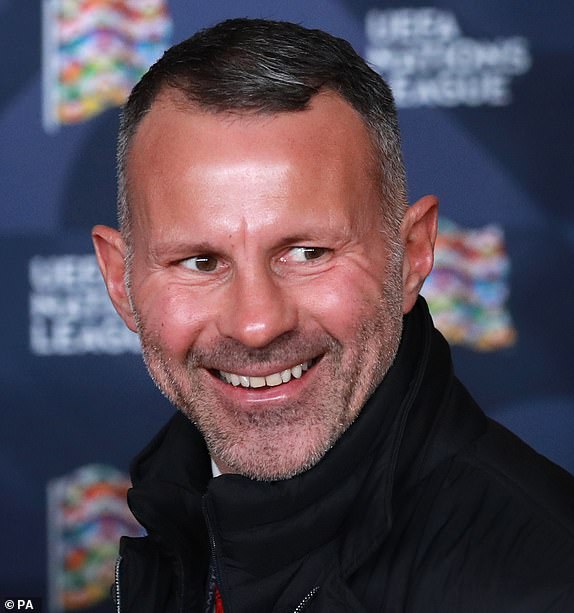 Philippe Senderos has replaced Seaman on stage for the Group C section of the draw which is as follows:

The minnow group we could call it, is the first one drawn –

Each league will find out their groups and the draw will start with league D then go C, B and A. England are in A so will have to wait a while.

The former England keeper has taken his place among the many hundreds of suited and booted representatives from every nation waiting to find out their fate. 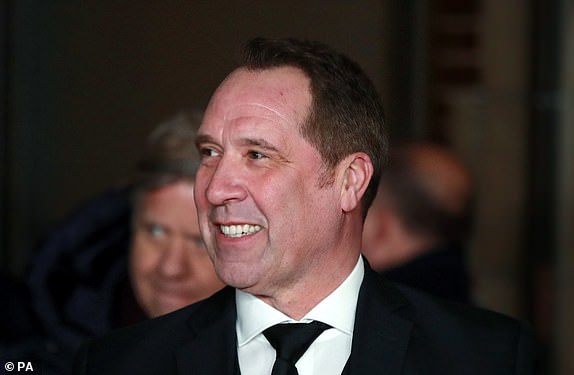 Pedro Pinto, ever the UEFA master of ceremonies, has taken centre stage in a plush conference room. Now for the usual blurb as we wait for the draw everyone is there for.

Do they all go for dinner afterwards, or a big night out? The draw location is Beurs van Berlage Conference Centre, Amsterdam so it would be a shame not to sample the local delights. 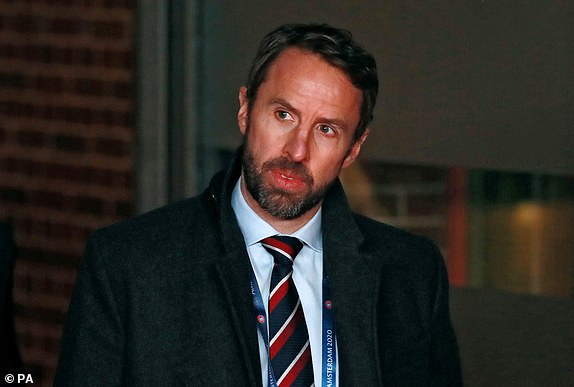 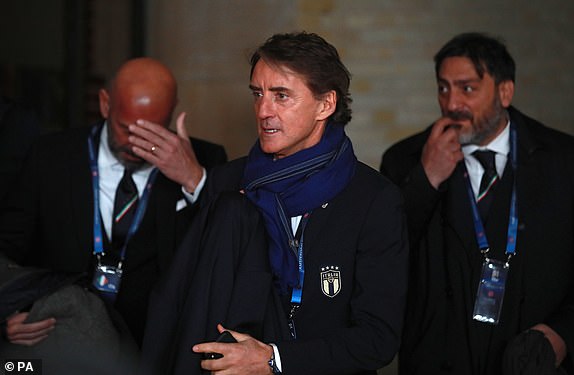 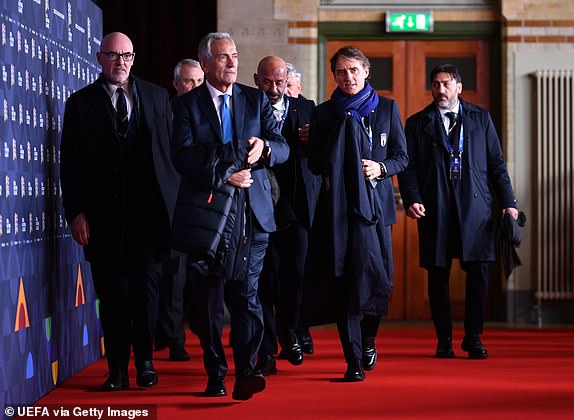 Of the qualifying tournament for the World Cup in Qatar, 10 group runners-up will then join the two best-ranked nations from the Nations League that haven’t already qualified, in the play-offs.

So having made it to the semi-finals last time, England and their crop of talented young players will be looking to claim the prize Portugal took home on home soil in the inaugural tournament. Here are the teams from each pot they could face.

From Pot 2, they will face one of Belgium, France, Spain or Italy.

From Pot 3, one of Bosnia-Herzegovina, Ukraine, Denmark or Sweden.

From Pot 4, Croatia, Poland, Germany or Iceland will make up the group.

England could conceivably be drawn in a group against France, Germany and Bosnia, which would take some getting out of. They are guaranteed to face one of Belgium, France, Spain or Italy. 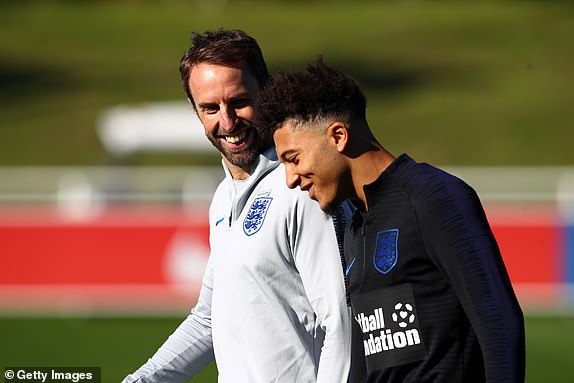 The draw is set to get underway in just over 30 minutes for the second edition of the Nations League. Who will Gareth Southgate’s England face..?

So the Nations League has been given a second series then?

We had England’s dramatic progress through a tough group that contained Spain and Croatia, with Gareth Southgate’s men winning 3-2 in Seville and then going from relegation to top spot in the space of seven minutes against Croatia.

Then we had Germany finishing unceremoniously bottom of a group featuring Holland and France, plus Switzerland’s thrilling fightback from two goals down to beat Belgium 5-2 and reach the final four. 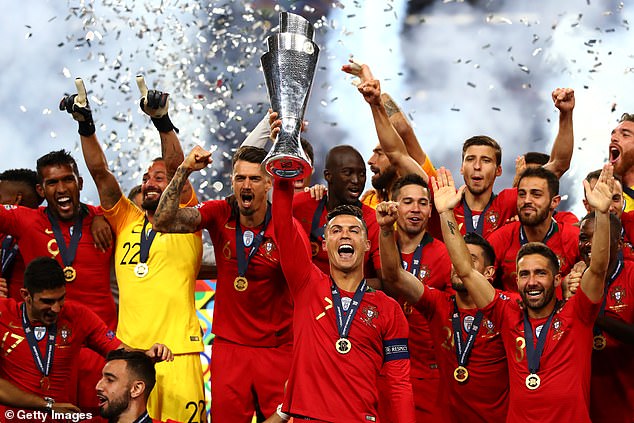 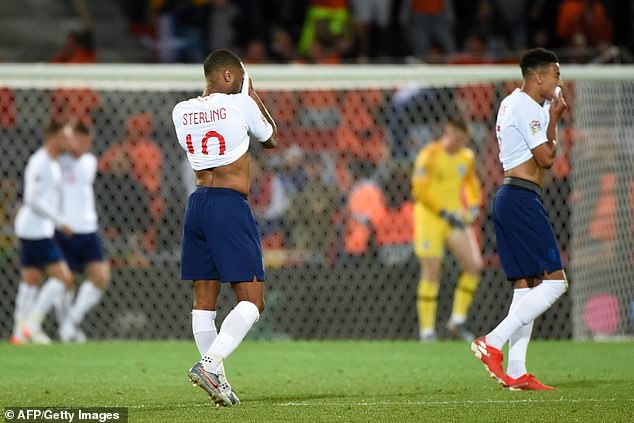 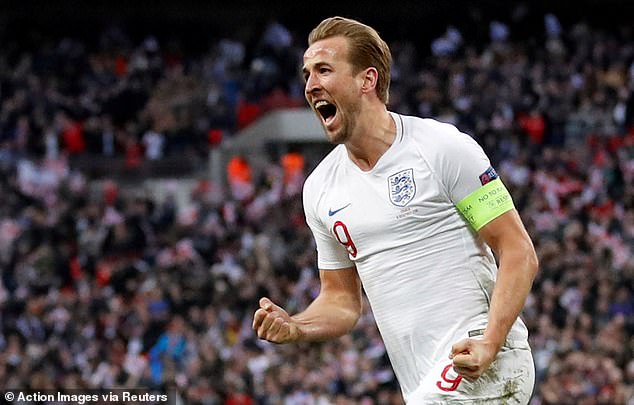 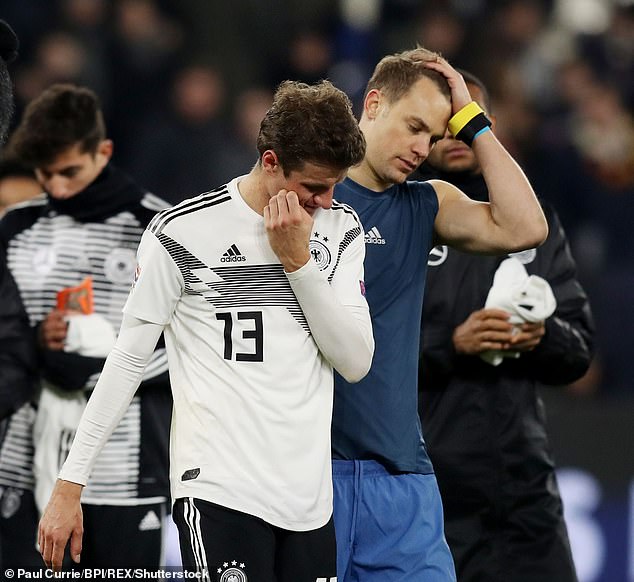 The finals tournament, staged in and around Porto last summer, was pretty good too. England lost dramatically in extra time to Holland, while a Cristiano Ronaldo hat-trick saw Portugal past Switzerland.

In the final, a goal from Goncalo Guedes saw Portugal beat Holland to the delight of the home crowd at Porto’s Estadio do Dragao as Ronaldo and Co lifted the Nations League trophy.

Hang on, so you’re saying the mighty Germans were relegated? That’s embarrassing for them!

Not quite. UEFA in their wisdom decided that the Nations League could already do with a revamp and so they have replaced the three-team leagues with four-team leagues for this year.

As a result, those relegated from the elite League A last time – Germany, Iceland, Poland and Croatia – have all been reprieved. Likewise those who’d dropped from League B to League C and so on. 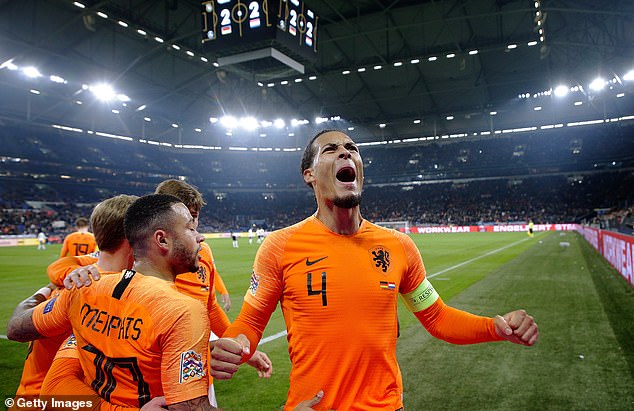 So Germany et al remain part of an expanded League A which has gone from having 12 teams to 16, if you also include Ukraine, Sweden, Bosnia Herzegovina and Denmark, who were promoted from League B last time.

Similarly the second tier League B now has 16 nations in it, as does League C. League D, the bottom level for the continental minnows, now only has seven countries and so will have one group of four and one of three.

Correct. In Leagues A-C, there will now be six group games instead of just four as each country plays the others both home and away.

In the first iteration of the tournament, the smaller groups meant some countries weren’t in Nations League action on certain international matchdays, so they just played a friendly instead.

The four group winners in League A will, of course, advance to the 2021 Finals, though we don’t know the location yet. 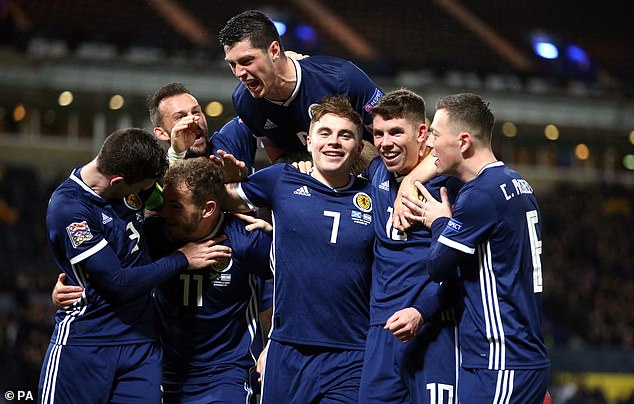 Scotland did well in the Nations League, winning promotion from League C into League B

The four teams that finish bottom will be relegated to League B, unless UEFA decide to throw them a lifeline again.

Those who finish top of their groups in League B and League C will be promoted.

There is a tweak at the bottom of League C, however, with play-offs set to be staged to determine who drops into League D and who comes the other way.

Who can England face then?

Ahead of the draw in Amsterdam on Tuesday night, all the nations have been sub-divided into pots.

The four countries who made last year’s finals – England, Portugal, Holland and Switzerland – have been placed together in one pot and so cannot play one another again. 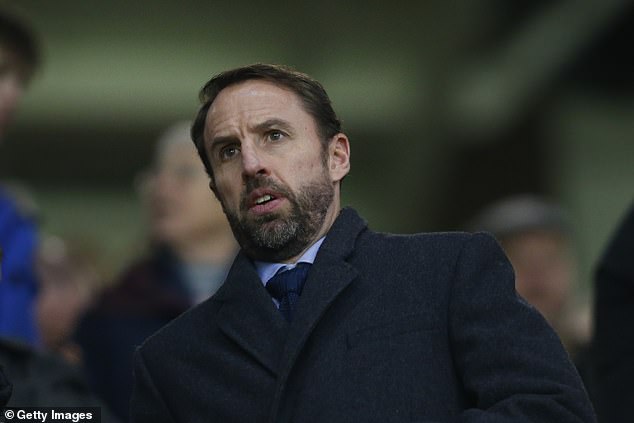 What are the best and worst-case scenarios for the Three Lions?

You’d say the worst draw England could pull out is world champions France, Germany and probably Ukraine or Denmark.

The best case scenario is likely to be Italy, Bosnia and Iceland.

Who can teams face?

What about the other home nations?

Wales, Scotland and Northern Ireland are all in League B this time around, as are the Republic of Ireland, so there’s every chance of a ‘local’ match-up.

Because of the way the pots have been decided, Wales, Scotland and Northern Ireland could all be drawn together in one group, evoking memories of the old Home Championship.

When will this footballing feast be taking place?

There will be six matchdays during the group stage, scheduled to take place in the autumn after Euro 2020.

The finals are pencilled in for June 2-6 next year. 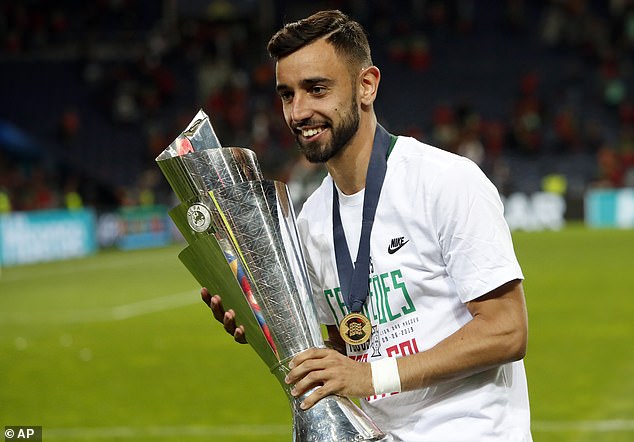 Does it tie in with qualifying for the 2022 World Cup?

In a limited way, yes. Whereas the first Nations League tournament was intrinsically liked to the play-offs for Euro 2020, the second tournament will be a little different.

Of course, there will be a qualifying competition for the tournament in Qatar held throughout 2021, with the 10 group winners from Europe qualifying automatically for the 2022 finals.

The 10 group runners-up will then join the two best-ranked nations from the Nations League that haven’t already qualified, in the play-offs.

Nuno refuses to dwell on VAR appearing to miss infringement