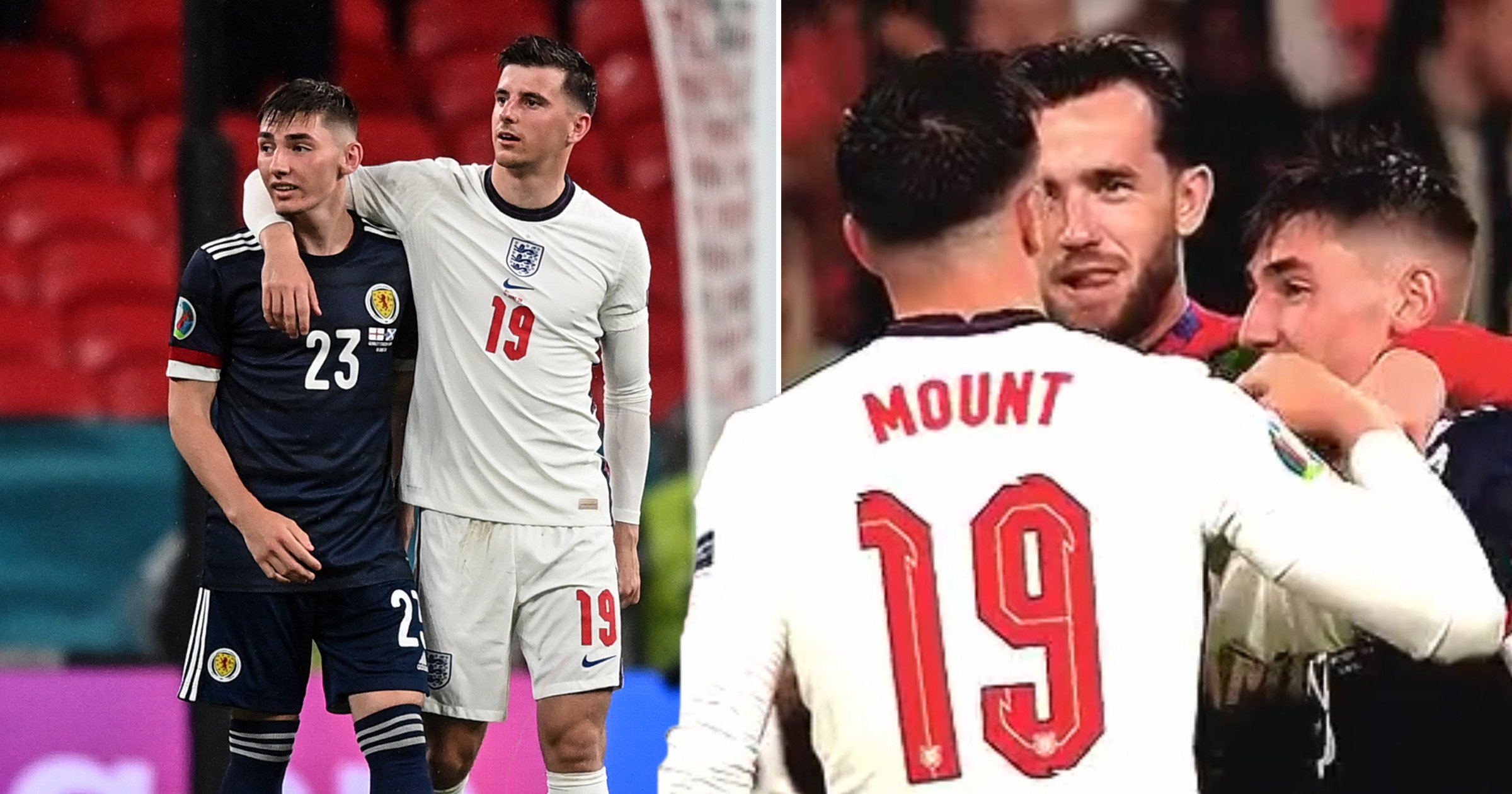 England stars Mason Mount and Ben Chilwell are isolating after interaction with Scotland’s Billy Gilmour on Friday and could miss the clash with Czech Republic on Tuesday night.

The two Chelsea stars were seen hugging their club teammate, Gilmour, after the match between England and Scotland at Wembley on Friday night.

Since the match Gilmour has tested positive for Covid-19 and must isolate for 10 days and while the England players have since tested negative, they are taking precautions over Mount and Chilwell.

An England statement read: ‘As a precaution at this time and in consultation with Public Health England, Ben Chilwell and Mason Mount are isolating after interaction with Scotland player Billy Gilmour at Friday’s match.

‘The pair will be kept away from the rest of the England players and wider support team, pending further discussions with Public Health England.

‘The entire squad had lateral flow tests on Monday afternoon and all were negative, as was the case with Sunday’s UEFA pre-match PCR tests.

‘We will continue to follow all Covid-19 protocols and the UEFA testing regime, while remaining in close contact with Public Health England.’

England and Czech Republic meet at 8pm on Tuesday at Wembley and discussions are going on between England bosses and Public Health England over whether Mount and Chilwell can take part.

Chilwell is yet to take to the field in Euro 2020, but Mount has started both England games so far, the 1-0 win over Croatia and the goalless draw with Scotland.

Scotland take on Croatia at the same time on Tuesday as they hope to win and keep their chances of qualifying for the last 16 alive.

Earlier on Monday, the Scottish FA confirmed Gilmour’s positive test: ‘The Scottish FA can confirm that a member of the Scotland national team playing squad, Billy Gilmour, has tested positive for COVID-19,” the SFA said.

‘Having liaised with Public Health England since the positive test was recorded, Billy will now self-isolate for 10 days and therefore miss tomorrow’s UEFA EURO 2020 Group D match against Croatia at Hampden.’