England train ahead of Euro 2022 Semi-Final

England will take on Sweden in the first semi-final at Euro 2022 this evening but are likely to face their toughest test yet in their efforts to reach this weekend’s all-important final at Wembley. The Lionesses have breezed through the vast majority of the tournament so far but needed extra-time to defeat Spain in their most recent outing in the quarter-finals.

Ella Toone’s late equaliser and Georgia Stanway’s extra-time winner helped England to seal a remarkable comeback victory against Spain after initially going a goal behind just before the hour mark. Sarina Weigman’s side will be hoping to get the job done in 90 minutes against Sweden this evening but could face a similarly tricky task in downing their next opponents, who are the highest-ranked team left at Euro 2022.

Sweden have won three of their last four Women’s Euro matches against England and today’s fixture at Bramall Lane will represent their first meeting in the competition since 2009, when the two sides played out a score draw in the group stages. Weigman has already urged her Lionesses stars to break their duck against Sweden at the very next opportunity in order to continue their stunning run at this year’s tournament and give themselves an elusive shot at continental glory at Wembley later this week.

“We’re in the now, all the focus is on our game tomorrow against Sweden, and that’s the only thing we talk about,” the England boss told reporters on Monday.

“How do we want to play, how we collaborate as a team, how we can try to exploit their weaknesses, take out their strengths and use our own strengths. That’s the only thing we’re talking about.

“It’s going to be a difficult game. I think totally different to what we had against Spain, because they have a different style of play, but we’re prepared.”

Follow Express Sport‘s live updates from England vs Sweden below. 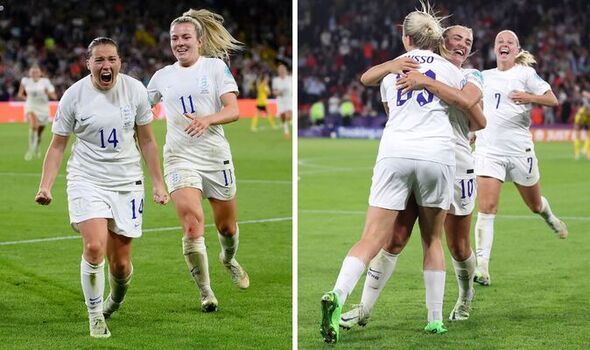 Both sets of players are finally making their way onto the pitch at Bramall Lane to a cacophony of noise from the England and Sweden fans in attendance.

We’re just moments away from kick-off, with the Lionesses aiming to secure a place in the final of Euro 2022 with a historic victory this evening.

“Sweden have everything to win today,” Arsenal manager Jonas Eidevall tells BBC One.

“They’ve not lost a game in 90 minutes since 2019 and they are ranked number two in the world but still they’re underdogs today. That suits Sweden. 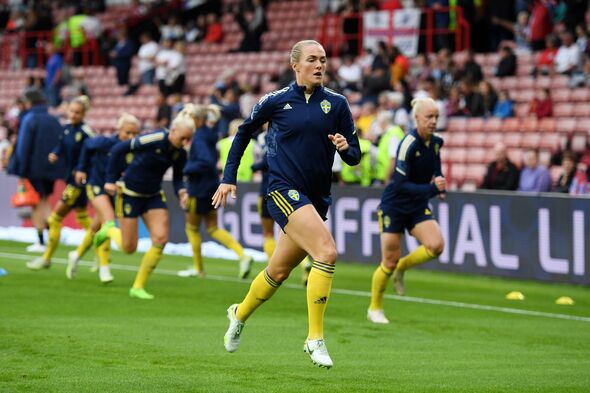 England’s route to the semi-finals

England managed to avoid conceding a single goal as they breezed through the group stages by securing three victories, with their stunning 8-0 win over Norway undoubtedly the pick of the bunch.

They went on to overcome the challenge posed by Spain in the quarter-finals but needed an extra-time winner from Georgia Stanway to book a last-four meeting with Sweden.

Sweden are ranked as the world’s second-best team but England will not be deterred by the stature of tonight’s opponents at Bramall Lane as they aim to reach their first major tournament final since 2009.

Sweden, meanwhile, will line up as follows…

The Lionesses have a poor record against tonight’s opponents but will be desperate to use their positive momentum to break their duck and book a place in the final by securing a historic win this evening.

It’s a huge occasion for Sarina Weigman and her players. Will they be able to get the job done or will it be another heartbreaking result at a major tournament for England?

We’re just over 30 minutes away from kick-off and the stage is well and truly set. 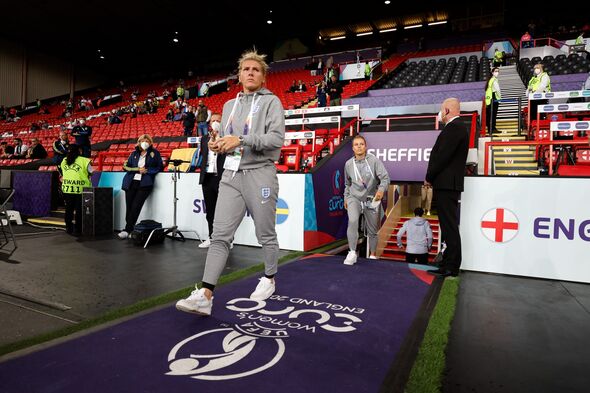 Arsenal fans believe Ashley Westwood should have been sent off