England’s Euro 2022 winning squad have sent a joint letter to Rishi Sunak and Liz Truss urging the next Prime Minister to ensure their UEFA European Championship win is ‘just the beginning’ for women’s football.

The Lionesses sealed a 2-1 victory over Germany after extra-time thanks to goals from Ella Toone and Chloe Kelly to win their first major trophy in front of 87,192 fans at Wembley Stadium on Sunday evening.

The entire squad have now signed a joint letter to the two Conservative leadership candidates outlining their hopes for change moving forwards.

They’re urging for all girls to be allowed to play football in school and have a different to the one they had when growing up.

The letter read: ‘Dear Rishi Sunak and Liz Truss, on Sunday evening history was made.

‘The dreams of 23 women came true. England became European champions for the first time in history. 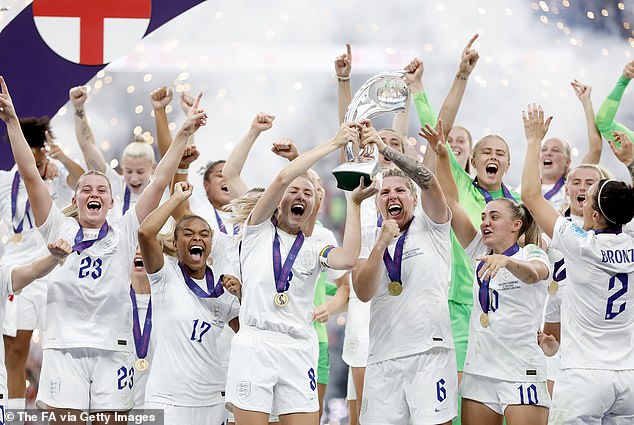 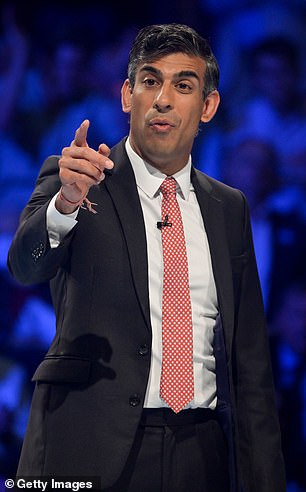 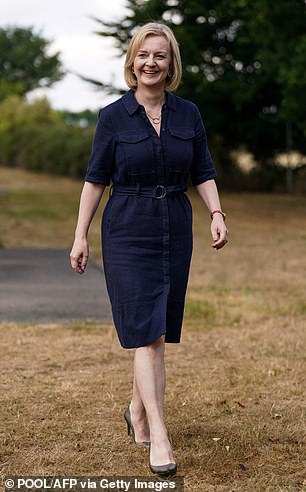 ‘Throughout the Euros, we as a team spoke about our legacy and goal to inspire a nation.

‘Many will think that this has already been achieved, but we see this only as the beginning.

‘We are looking to the future. We want to create real change in this country and we are asking you, if you were to become Prime Minister on 5 September, to help us achieve that change.

‘We want every young girl in the nation to be able to play football at school. 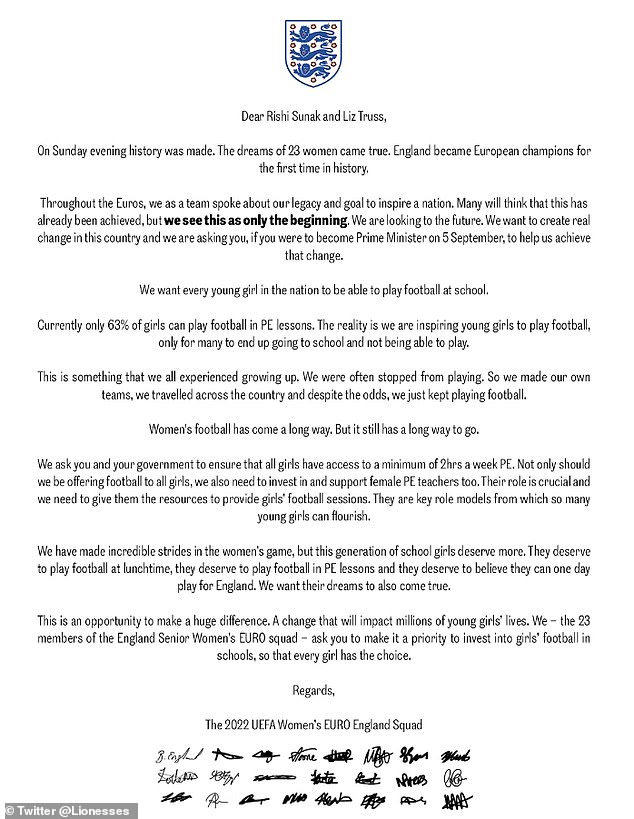 ‘Currently only 63% of girls can play football in PE lessons. The reality is we are inspiring young girls to play football, only for many to end up going to school and not being able to play.

‘This is something that we all experienced growing up. We were often stopped from playing. So we made our own teams, we travelled across the country and despite the odds, we just kept playing football.

‘Women’s football has come a long way. But it still has a long way to go.

‘We ask you and your government to ensure that all girls have access to a minimum of two hours a week PE. Not only should we be offering football to all girls, we also need to invest in and support female PE teachers too. 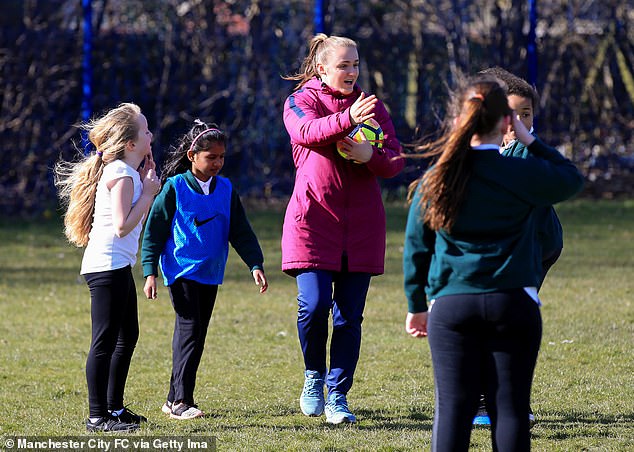 ‘Their role is crucial and we need to give them the resources to provide girls’ football sessions. They are key role models from which so many young girls can flourish.#

‘We have made incredible strides in the women’s game, but this generation of school girls deserve more.

‘This is an opportunity to make a huge difference. A change that will impact millions of young girls’ lives.

‘We – the 23 members of the England Senior Women’s Euro squad – ask you to make it a priority to invest into girls’ football in schools, so that every girl has the choice. 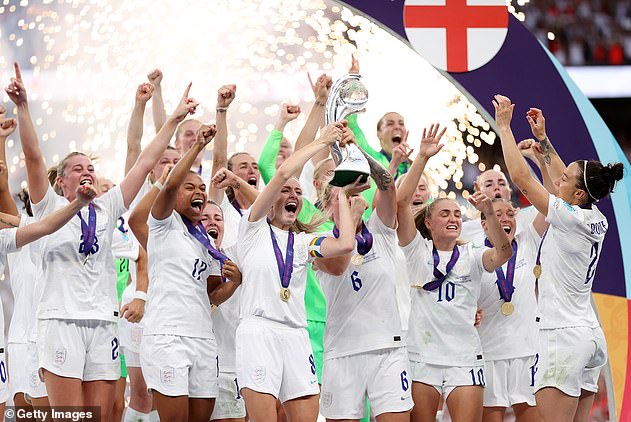 The legacy from their success is already evident as tickets for England’s friendly with the United States at Wembley sold out less than 24 hours after going on sale.

The Lionesses announced the fixture on Tuesday afternoon after they were crowned European champions last Sunday but by 2pm on Wednesday only hospitality tickets remained.

The FA website crashed several times with the governing body apologising for the issues.