Erik ten Hag has seen his Manchester United misery compounded after former Red Devils pair Dean Henderson and Jesse Lingard inspired Nottingham Forest to a 1-0 win over West Ham on Sunday. No doubt still reeling from seeing his side dismantled 4-0 by Brentford on Saturday evening, the Dutchman would likely have been left rueing United’s decision to let the duo go earlier on in the summer.

Having found opportunities limited at Old Trafford in recent times, both Henderson and Lingard opted to search for first-team football elsewhere. Henderson joined Steve Cooper’s men on a season-long loan while Lingard elected to move to the newly-promoted side on a free transfer.

The attacking midfielder rejected United’s attempts to tie him down to a new deal having grown frustrated at the limited number of opportunities at his boyhood club, despite assurances from former United boss Ole Gunnar Solskjaer in particular. On Sunday, Lingard showed United and the club’s new manager Ten Hag exactly what they are missing by starring in Forest’s dogged triumph over the Hammers – the team he impressed at while on loan during the second half of the 2020-21 season.

Though Lingard played his part in Forest’s first success since their Premier League return, perhaps more pertinently, Henderson stole the headlines. The England stopper made a number of fine saves during the contest, including one which saw him deny Hammers skipper Declan Rice from the penalty spot. 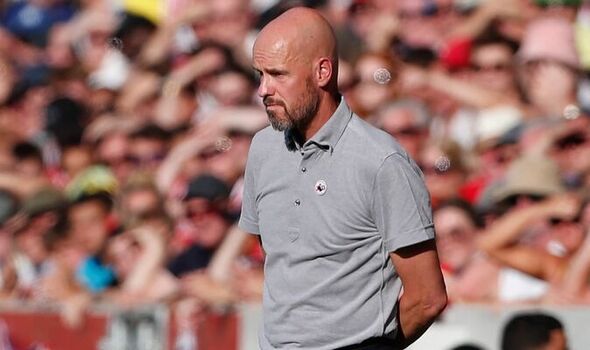 His stellar display was a stark contrast to that of his former Red Devils team-mate David De Gea from less than 24 hours previous. The United No 1, who kept Henderson out of the team at Old Trafford, put in a floundering performance at the Brentford Community Stadium, which saw him spill a speculative Josh Dasilva effort into his own net for the Bees opener.

Following United’s dire defeat, the Spanish stopper requested he be the one interviewed by Sky Sports in order to be held accountable for the Red Devils humiliation. De Gea said: “It’s just to take my responsibility today. 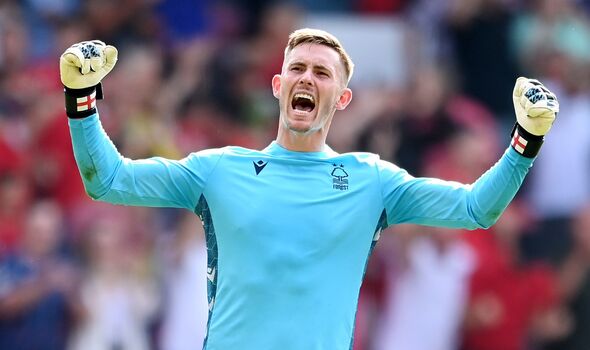 “I think I cost three points to my team today. It was a poor performance from myself. After the first mistake and the second, it was very tough for the team to keep playing and it was a horrible day.”

The stopper’s error-strewn display has now been further placed under the microscope following Henderson’s heroics. As for Ten Hag, the United boss has seen salt rubbed into his wounds as two players who could well have helped avert the club’s crisis are sparkling elsewhere.

When are the Champions League semi-finals?