‘Today we were not good enough… it starts with the players following the rules’: Erik ten Hag FUMES at his Manchester United flops after they conceded early in both halves in surprise 3-1 loss at Aston Villa

Erik ten Hag accused his Manchester United players of stupidity and labelled their performance unacceptable as they were dismantled by Aston Villa.

Ten Hag handed the armband to Cristiano Ronaldo barely two weeks after axing his from the squad, only to watch his team slip to a first defeat in six league games that leaves them still outside the top four.

‘Collectively it was a bad performance,’ said the Dutchman. ‘When we are out our best, we start the game on the front foot and ready to play. We were not and we did not deserve any more than we got. 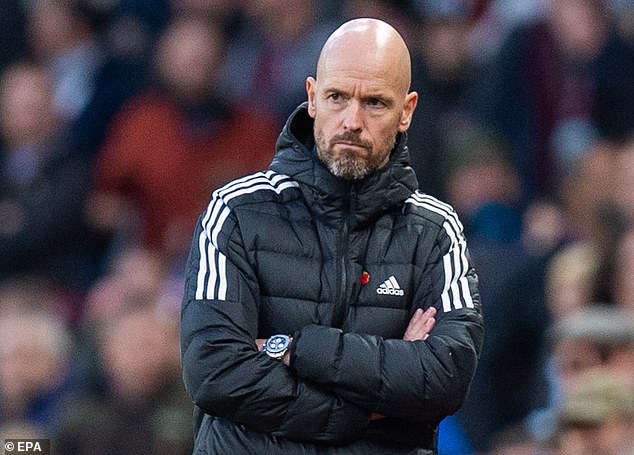 ‘We didn’t follow the rules in defending and we lost our battles. If the players had done their job with 100 per cent desire and passion then we would have won this game.

‘I have been in football a long time and players are not robots. Sometimes this is the way it is, it’s psychological but it’s not acceptable. We have to be ready for every game and not give it away so easily.

‘It was stupid to try to cross the ball in the way we did, too quickly and from too far out, with too much force. We have to cross in the right moment. In the second half we were too quick to cross.’ 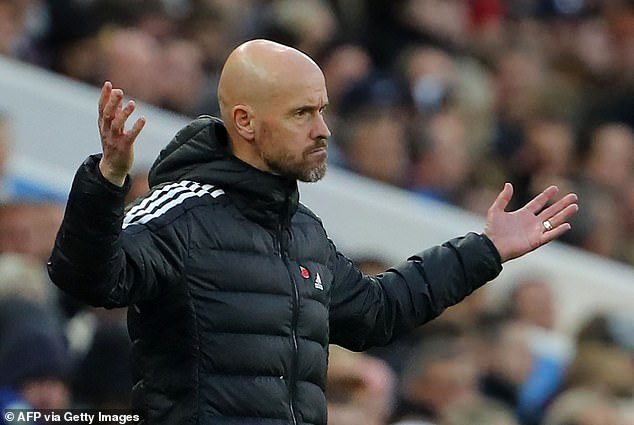 ‘We lost the game at the start of first half and second half and that is not acceptable,’ ten Hag said to Match of the Day. ‘They looked more fresh and more ready. We need to be more sharp. The result is really clear. It never lies. Today we were not good enough.

‘We didn’t get the right organisation. We created chances and good chances at 2-1. But you are really disappointed to concede at the start of the second half.’

Furthermore, ten Hag told Sky Sports after the game: ‘It’s not acceptable that you concede a goal so quickly in the second half on the counter. Our players are experienced. You have to read the game and get right the organisation. Not concede two goals [early in the game] – that’s totally unnecessary. 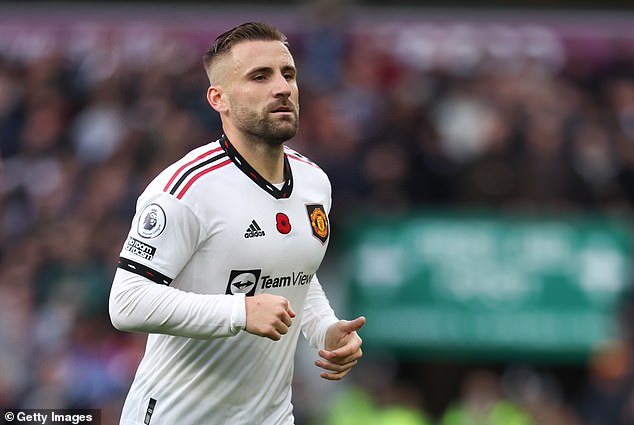 Luke Shaw, who started at Villa Park, said Manchester United did not deserve to win the game

Ronaldo captained the side less than a month after he walked away from the team in the middle of their match against Tottenham Hotspur after refusing to come on as a substitute.

Meanwhile, Shaw played the opening 65 minutes of United’s loss at Villa Park, before being replaced by Tyrell Malacia, as the hosts welcomed new boss Unai Emery to the dugout.

Speaking after the game, 27-year-old Shaw also told Match of the Day: ‘We knew they were coming out with a new manager and a new feeling. We did expect it. But in games like this, if you start slowly in the first 20 minutes then you are going to lose.

‘We were not good enough. We have always got to believe we can win games even when we’re 2-0 down. We conceded early in the second half and it’s a mountain to climb after that. 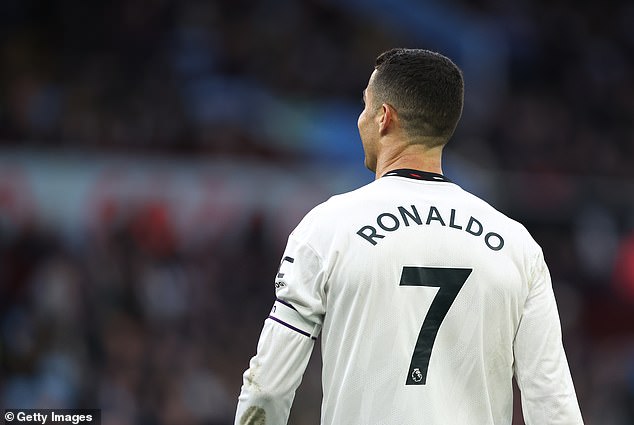 ‘If you watch the game back, you’ll see we made a sloppy start. They were finding spaces and pockets and turning with ease. That is not good enough. We didn’t deserve to win.’

The result was the Villains’ first home league win over Manchester United since August 1995.

Man United will hope for some form of redemption when they host Aston Villa in the third round of the League Cup on Thursday evening, before a final league game at Fulham’s Craven Cottage before the World Cup break.

Meanwhile, Philippe Coutinho is a major doubt for the World Cup due to a thigh injury sustained in training. The Villa playmaker faces a race against time to be fit for selection for Brazil, with the tournament in Qatar beginning in less than two weeks’ time. Coutinho’s lack of form meant he was already facing an uphill struggle to make the final cut. 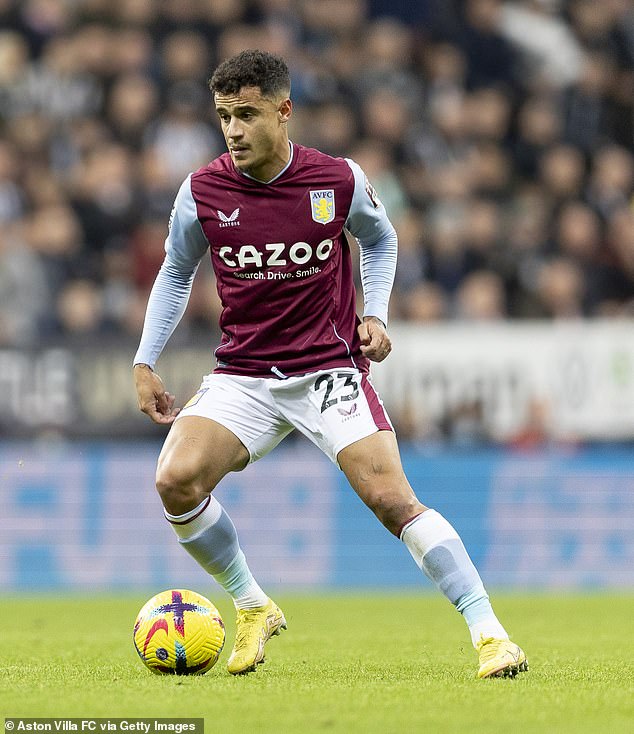