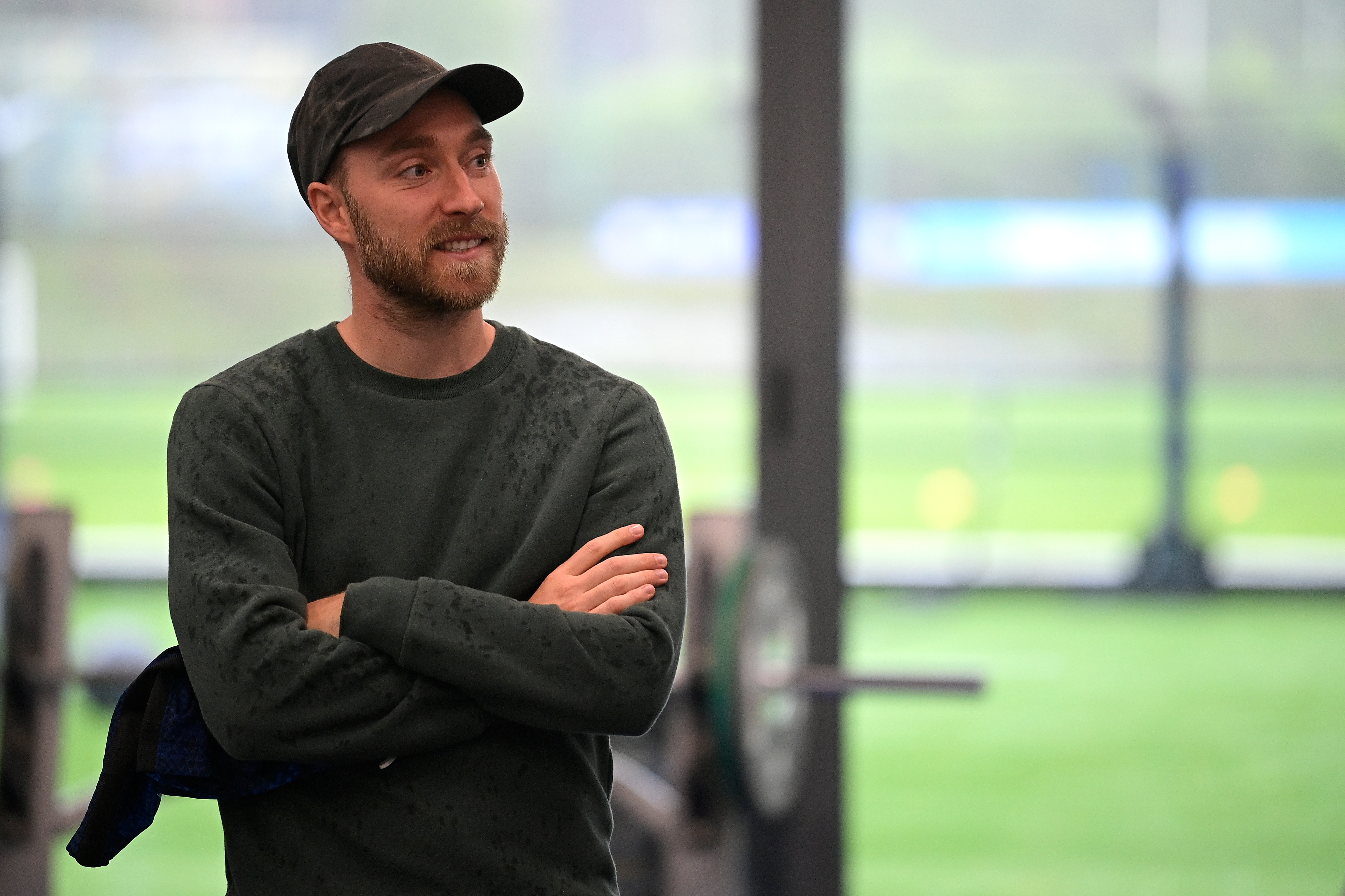 An emotional Christian Eriksen has opened up on his ‘dream’ to represent Denmark at the 2022 World Cup in his first extended TV interview since suffering a cardiac arrest.

Eriksen collapsed during Denmark’s European Championship group-stage clash with Finland last June and the 29-year-old midfielder was initially told he was unlikely to play again after receiving life-saving treatment on the pitch.

However, Eriksen has since been fitted with an Implantable Cardioverter Defibrillator and recently returned to training with his boyhood club Odense Boldklub with a view to compete in top-level football once again.

Inter Milan were forced to terminate Eriksen’s contract at the San Siro last month as regulations in Italy prevent players with ICD implants taking to the field in Serie A.

But it’s clear the former Tottenham and Ajax playmaker remains as determined as ever to return to action as quickly as possible, targeting Qatar 2022 – which is due to begin at the end of November – as his ultimate ‘goal’.

‘My goal is to play in the World Cup in Qatar. I want to play,’ Eriksen told Danish outlet DR.

‘That’s been my mindset all along. It’s a goal, a dream. Whether I’ll be picked is another thing. But it’s my dream to come back.

‘I’m sure I can come back because I don’t feel any different. Physically, I’m back in top shape.

‘That’s been my goal and it’s still some time away, so until then I’m just going to play football and prove that I’m back at the same level.’

‘It was weird because I didn’t expect people to send flowers because I had died for five minutes. It was quite extraordinary, but it was very nice of everyone and it has been a big help to me to receive all those best wishes and people still write to me.

‘But all the fans who have sent thousands of letters and emails and flowers – or who have come up to me on the street in both Italy and Denmark – I thank them all for the support.’