Erling Haaland may be one of the most sought-after players in world, but his cousin, Albert Tjaaland, is also making waves in football after an impressive season so far. The Norwegian teenager has apparently bagged 64 goals in 37 games in youth football.

Tjaaland is following in Haaland’s footsteps at the moment.

The Norwegian youngster is the cousin of Borussia Dortmund wonderkid, and appears to have the same goalscoring prowess as the 20-year-old.

Tjaaland currently plays for Molde, the Norwegian side Haaland played for.

Haaland was at Molde prior to his move to RB Salzburg and scored 20 goals in 50 games for them. 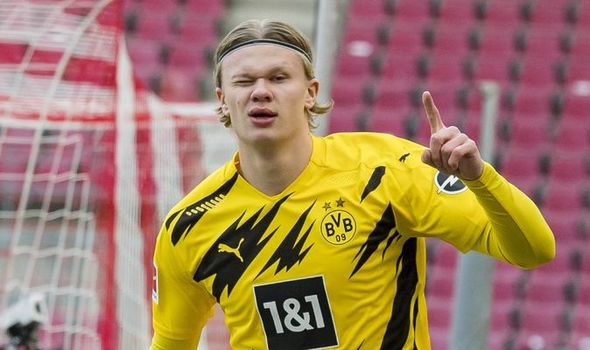 And prior to Tjaaland’s move to Molde, he looked incredibly impressive at Bryne.

Reports suggest he scored an incredible 69 goals in 48 games before signing pro terms at Molde.

And it now seems he has his heart set on a future move to Liverpool.

During a Q&A on his Instagram page, Tjaaland admitted to being a Liverpool fan when asked about a potential future move.

He replied: “Of course I want to play in the best league in the world, my favourite team is Liverpool so *emoji*.”

While a move this summer seems unlikely, Liverpool will probably be keeping tabs on the youngster as he develops his game – especially if he continues to follow in Haaland’s footsteps.

Dortmund star Haaland is being courted by a host of teams around Europe this summer, though Liverpool aren’t expected to bid. 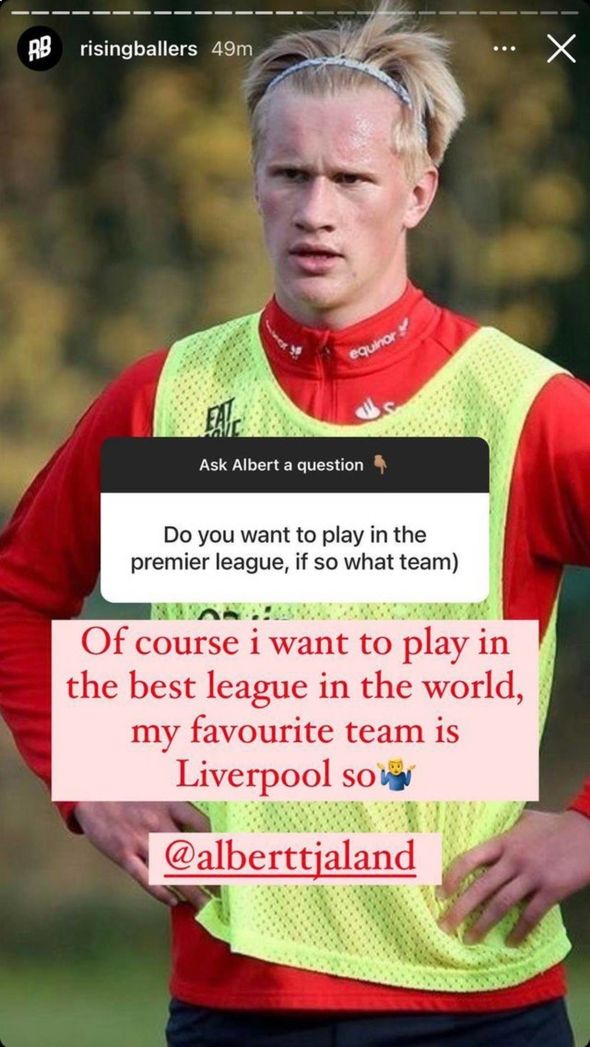 Haaland’s agent Mino Raiola, and his father Alf-Inge Haaland, are reportedly set to meet with officials from Liverpool this week.

However, Dortmund are extremely reluctant to lose their star player.

“We do not have a parallel plan. We will discuss this with Erling, his father and his agent Mino Raiola,” Dortmund CEO Hans-Joachim Watzke said.

“We also want him to be happy to stay with us, to score goals for BVB next year with conviction. There is no alternative plan.”