Home » Soccer » Euro 2020: Where France’s single weakness could be found – and why it might not matter

Champions of the world, a squad depth to rival anything international football has seen before, several of the best young talents in Europe and a head coach who has won it all, as a player and as a boss.

It’s no wonder France are seen as runaway favourites for Euro 2020.

The squad is packed full of star names from the biggest clubs, many of whom had truly outstanding campaigns in 2020/21, on a personal or club-collective level.

READ MORE: Every Euro 2020 squad and player selected for the 2021 tournament

An entire XI of players they opted against calling up – Areola, Ferland Mendy, Upamecano, Laporte, Theo Hernandez, Ndombele, Aouar, Camavinga, Nkunku, Fekir and Gouiri – could easily have troubled a host of the other 23 participating nations this summer.

Even so, every country they come up against will be searching for the one weakness they can exploit, the single area in which France might not be at the very highest level on the day – and this summer, for this tournament, perhaps their biggest weakness lies in defence.

This is not to say they are terrible, or anything approaching poor. Far from it, on the face of it: among their nine defenders from this term alone, a Champions League winner and two title winners can technically be found. But even so, they didn’t reach the heights they are all capable of and, heading into Euro 2020, perhaps this is where teams will seek to hurt Didier Deschamps’ side.

Kurt Zouma wasn’t involved for Chelsea in the Champions League final, nor much at all toward the end of the season. He is the back-up, along with Clement Lenglet who has had an error-strewn year with Barcelona.

Regular left-back Lucas Hernandez was in and out all season long in Bayern’s Bundesliga campaign. And trophyless centre-back starter Raphael Varane had what can be best described as a mixed season, at the heart of Real’s back line which was regularly changed out of necessity, but which saw its share of errors from the 28-year-old.

Additionally, a late-season injury and a short Covid-related absence meant he ended 20/21 with just three 90-minute outings from mid-March onwards, with the performance which lingers in the mind being one where he was given a real first-half run-around by a Christian Pulisic-inspired Chelsea. Varane is one of those who has matched consistency with quality over the years, but he does not come into this tournament anywhere near his peak.

Alongside him, it will be Presnel Kimpembe as Deschamps’ other starter in the centre.

The 25-year-old is the leader of the PSG defence in the post-Thiago Silva era, but has not yet attained the Brazilian’s level of calm authority and elite decision-making. There remain rash moments, incidents of uncertainty – few and far between compared to Lenglet’s season, for sure, but still there.

Jules Kounde is the other central option, also capable of filling in on the right. He’s excellent, a genuine option to replace Varane in time, but he has one cap to date. He’s unlikely, barring injuries or absences, to be initially called upon.

Euro 2020 fantasy football: 20 players to pick in your squad this summer

Euro 2020 kits: Every home and away shirt ranked and rated

Euro 2020 schedule: All dates, fixtures and everything you need to know

Euro 2020 predictions: Winner, top scorer, one to watch and how far will England go?

So a quartet of go-to centre-backs for Deschamps, while each having proven their worth many times over for club and country, are not quite in the best possible shape.

Behind them, the same could be said of captain Hugo Lloris; he has lifted the World Cup and is one of the most experienced players at the entire tournament this summer in terms of caps, but like the rest of his Tottenham team has not been infallible this term.

Either side, while Bayern’s Hernandez and Benjamin Pavard are established and capable of reaching elite-level performances, the full-back alternatives are Leo Dubois and Lucas Digne. They are solid, reasonably dependable, have games of real class – but their status as players at Lyon and Everton reveal the truth that they are some distance short of the world-class level France have in depth further forward.

This is, make no mistake, a defensive selection – Kounde excluded – based on familiarity, trust from the manager and knowledge of the system. 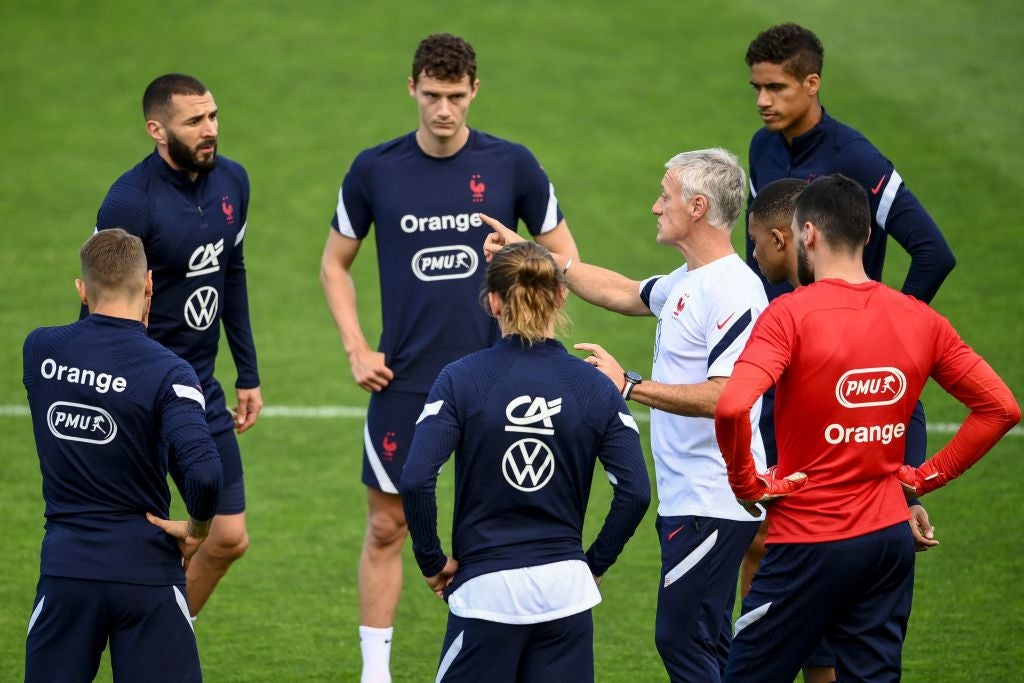 There is, as any coach knows, a huge amount to be said for those traits. The greatest players in world football can be ineffective and downright harmful if they destabilise the team as a whole; see the arguments for not playing Trent Alexander-Arnold with England, or Spain boss Luis Enrique not naming a full 26 for the sake of it.

Beyond the cohesion of the team and the familiarity the defensive line will have once they take to the pitch – Pavard, Varane, Kimpembe and Hernandez has been the back four in six of the last eight, one of the other two being a friendly – is the fact that to gain the potential reward, the risk increases exponentially.

In essence, to actually expose a perceived weaker area of the France team, the opposition needs to attack. 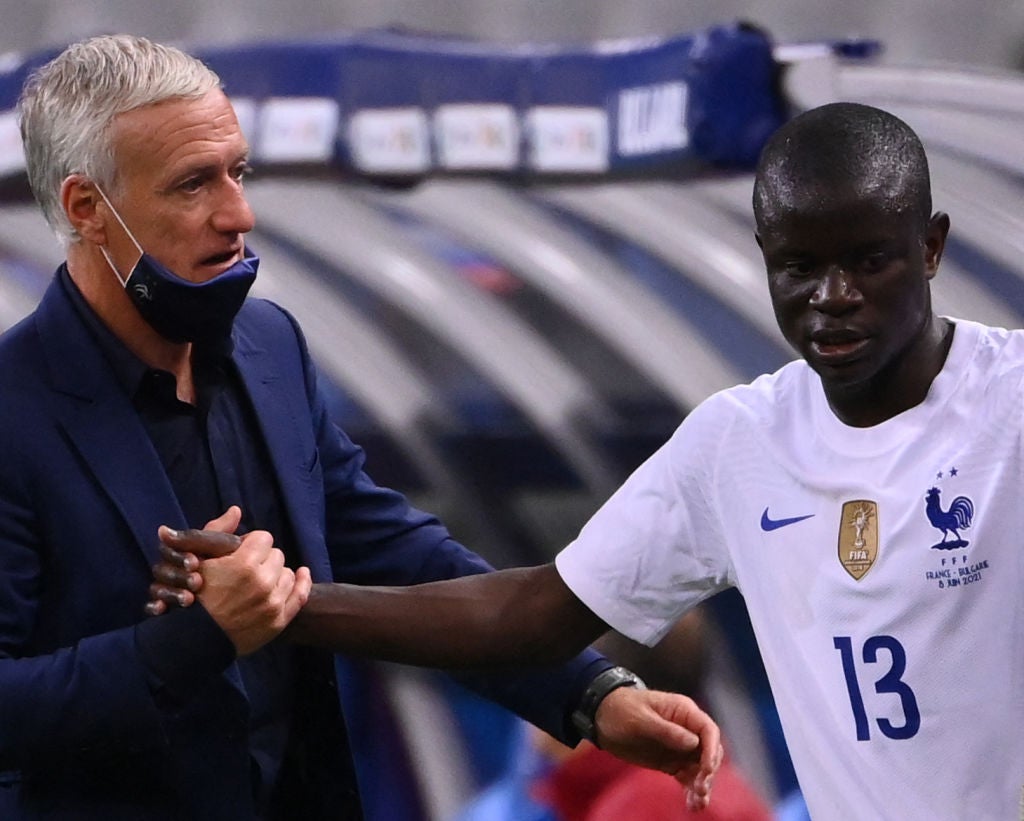 There is such enormous quality and depth in those positions around the final third that to try and take on France, even in shortened spells during the game, is to risk it all…and that’s even before mentioning the need to get past perhaps the most in-form big-game midfielder in Europe toward the end of the season, N’Golo Kante.

A fleeting glance at France’s most recent games doesn’t suggest the defence is a problem – four clean sheets in succession. But only one of Bulgaria, Wales, Bosnia-Herzegovina and Kazakhstan have proven good enough to reach Euro 2020, and they – Wales – played over an hour with 10 men.

There has not really been a test worthy of the name since Nations League games almost a year ago against Portugal and Sweden, with the latter netting twice.

More pertinently for this summer, both those fixtures still ended in victory for Les Bleus.

Perhaps the defence is currently France’s weak point, such as they have one, and perhaps it still doesn’t matter when their overall level is as high as it is.