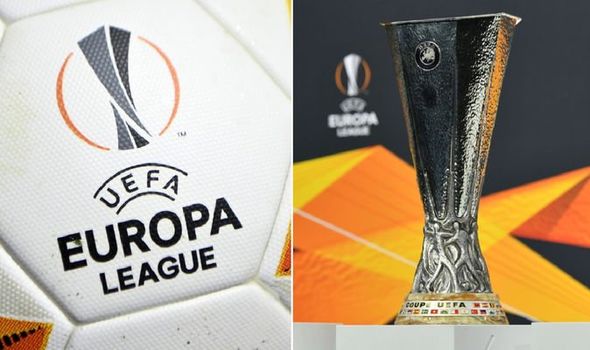 The Europa League draw takes place today to provide a roadmap to the final for the remaining eight clubs in the competition, which include Manchester United and Arsenal, although Tottenham and Rangers were knocked out last night. Express Sport has predicted the Europa League quarter-final and semi-final draws via a supercomputer.

The Europa League draw for the quarter-finals and semi-finals take place today to pit the route to the final in Gdansk for the final eight clubs in the competition.

The second legs of the last 16 ties took place last night as four British clubs booked their spot in the next stage, which will be held in April.

United overcame Zlatan Ibrahimovic’s AC Milan 2-1 on aggregate despite having been pegged back late on at Old Trafford last week.

The Red Devils won 1-0 in Italy last night thanks to Paul Pogba’s goal off the bench shortly after half-time.

Arsenal also secured their spot in the quarters despite losing 1-0 at home to Olympiacos, who they lost to in the last 32 a year ago. 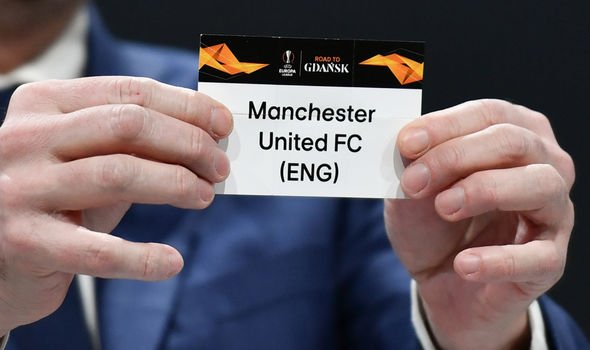 Their 3-1 away win in the first leg gave the Gunners passage to the next round on aggregate despite Youssef El-Arabi’s goal at the Emirates.

Meanwhile, Rangers couldn’t find a way past Slavia Prague, the Czech side who knocked out Leicester in the previous round.

Despite a 1-1 draw in the first match, they lost 2-0 at Ibrox and saw both Kemar Roofe and Leon Balogun sent off in a night to forget.

Tottenham also endured a horrible evening. Though they beat Dinamo Zagreb 2-0 in the first leg, they suffered a shocking 3-0 loss in Croatia last night to crash out of the competition.

Spurs were dumped out after extra time as Mislav Orsic scored a hat-trick at the Stadion Maksimir, piling the pressure back on to Jose Mourinho after his side also lost the north London derby to Arsenal at the weekend. 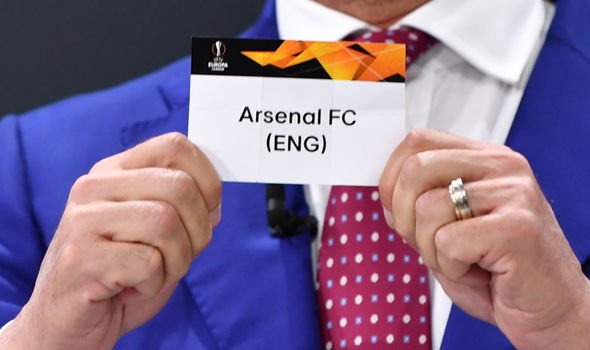 Elsewhere, Roma, Ajax, Granada and Villarreal are all in the last eight having gone into their second legs with comfortable first-leg leads.

The quarter-final draw takes place at 12pm noon, an hour after the Champions League equivalent is conducted, and will be streamed live on UEFA’s official website and also on BT Sport’s Twitter account.

And in Express Sport’s supercomputer predicted draw, United and Arsenal have been paired with one another in an all-Premier League clash which means there will only be one British team left in the semis.

United have not beaten the Gunners in any competition since January 2019 having lost three of their past five meetings, drawing the other two.

They met in Europe in the Champions League semi-finals in 2009 with United 4-1 victors on aggregate before losing to Barcelona in the final in Rome.

Tottenham’s conquerors Dinamo Zagreb have meanwhile been handed a tie against Granada who sit eighth in La Liga.

While Scottish champions Rangers miss out on a showdown with Unai Emery’s Villarreal, that honour instead going to Slavia Prague. 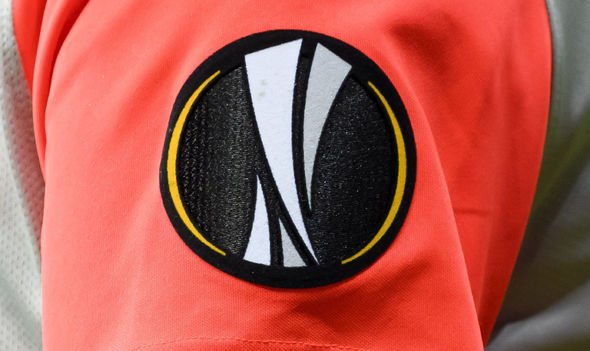 The semi-final draw then pits the winner of the tie between Arsenal and United against Slavia Prague or Villarreal.

The other semi-final will be contested by either Dinamo Zagreb or Granada and Roma or Ajax.