I fibbed to get on as a sub and ended up as the hero! – Everton legend Daniel Amokachi opens up on the incredible 1995 FA Cup semi-final which left Joe Royle fuming as the Toffees prepare to face Tottenham once more

Joe Royle maintained it was the best substitution he never made. Behind that Everton dressing room door though, his words carried a little more menace.

‘Well done Daniel,’ said the Everton manager. ‘But you ever try that shit again and you’ll be finished.’

Daniel Amokachi’s face breaks into a broad gap-toothed smile, a threat from the manager doesn’t often follow victory in an FA Cup semi final but then Amokachi wasn’t even meant to be on the pitch. 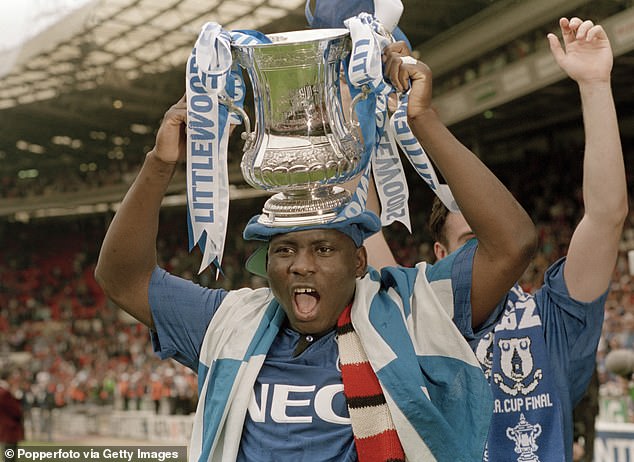 It’s 26 years since Everton and Tottenham last met in the FA Cup and Amokachi stole that occasion at Elland Road after one of the most bizarre substitutions ever made.

‘The gaffer wasn’t happy but hey, it was God’s way. If it had gone wrong, it would have been my last game for Everton and we wouldn’t be doing this interview.’

Back in 1995, with 70 minutes gone Everton were leading favourites Tottenham 2-1 but Jurgen Klinsmann was threatening a comeback.

Everton striker Paul Rideout, who had been carrying a knee injury, went down in agony yet physio Les Helm signalled for Royle to give him a few minutes. As Royle pressed for a clearer assessment from Helm, Amokachi seized his chance.

‘I was in the best shape of my life, a damn sexy footballer and I knew I was ready,’ laughs Amokachi. 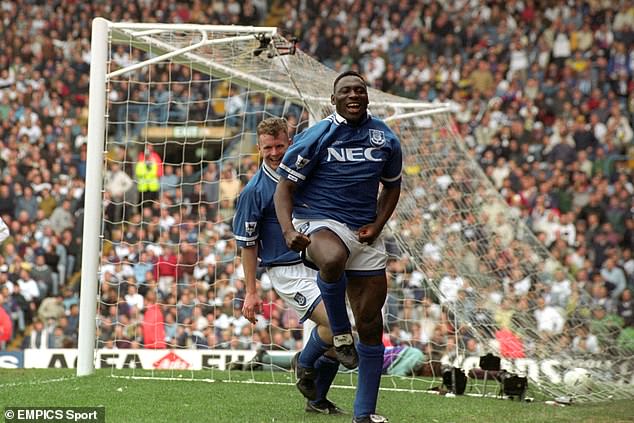 ‘I told Jimmy Gabriel who was in charge of subs that the gaffer had said I was to go on. Jimmy gave the paper to the fourth official and I ran on the pitch. I turned just as the gaffer was running towards the sideline shouting ”what the hell are you doing?” Poor Jimmy was left to explain.’

Fortunately, Amokachi’s introduction was one of dreams as he scored twice to secure a 4-1 win.

‘I wanted them to hold on for a few seconds but Daniel wandered on to the pitch and that was it,’ said Royle. ‘He was desperate to play but he should not have been on.’

Royle had shaped his side to revel in the role of underdogs, underlined by his post-match remark to the waiting press who he felt had wanted a final of Tottenham’s flair against Manchester United.

‘Sorry about your dream final lads, but b******s to it, and that’s with double ‘l’.’ He had already salvaged Everton’s league season and was about to lead them to FA Cup final glory. 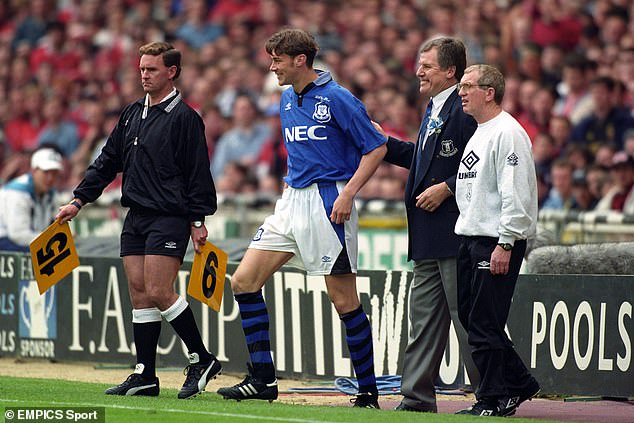 ‘It was scripted from above,’ says Amokachi. ‘As a boy growing up in the gutter in Nigeria, it was ”don’t miss the FA Cup”. It was a mad scramble to find a house that had a TV, then we would all sit round to watch it. To have that moment was like divine intervention.

‘Tottenham played some sexy football, they were a real flair team but a footballer knows when he feels good and that was my moment. I had that connection with the fans they took to me as they knew I would always give 120percent and they could feel what it meant to me.

‘Afterwards, as well, I scored against Newcastle United, Sheffield Wednesday and Chelsea, I had that confidence.

‘Joe was honest with me going into the final. He said anyone who had made a big contribution would play and he kept his word. That meant a lot.’

Fittingly, Amokachi and Duncan Ferguson, who had been hindered by injury, played cameo roles in the final. The two forged a close bond with Ferguson even turning up at Amokachi’s wedding.

‘Duncan was crazy,’ recalls Amokachi. ‘On the bus before games, he would play the film Braveheart and no-one was allowed to turn it off. He was always in the face of defenders but a lovely guy off the pitch.

‘I was getting married in Tunisia and, as I was making my way to the altar, a guy pushed a piece of paper into my hand. I opened it up and it said ‘Big Dunc is in the house’. He’d come all that way to surprise me. It was fantastic, he made my day.’ 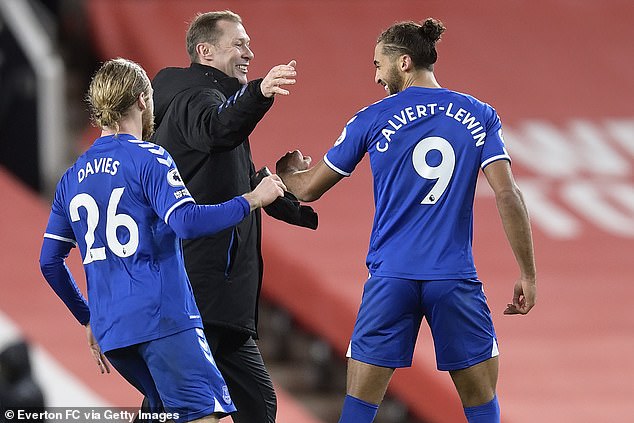 The two haven’t spoken for a couple of years as Amokachi continues work with his foundation and for the Nigerian football federation, yet he keeps a close eye on his old friend’s role alongside Carlo Ancelotti at Goodison.

‘With Duncan and Carlo you have a good combination now. It’s surprising we haven’t won a trophy since that one in 1995 but I don’t think Everton spent their money well, especially under Ronald Koeman.

‘If they hadn’t got Ancelotti as coach then I think players like Richarlison would have left already but now they are starting to build.

‘As we saw against Manchester United at the weekend, in Dominic Calvert-Lewin I believe Everton have the best number nine in the country with a huge heart and I think a place in the top four and a trophy isn’t too far away.

‘The only problem for Wednesday night is Jose Mourinho. You just never know what he will throw at you. You know he’ll try and destabilise you first then work in a plan.’

While his affection for Everton remains undiminished, Amokachi’s current focus is on helping his country combat the covid pandemic.

Now 48, he was appointed as special adviser on sports to President Muhammadu Buhari in August and has been busy delivering food parcels and relaying messages of how to stay safe. 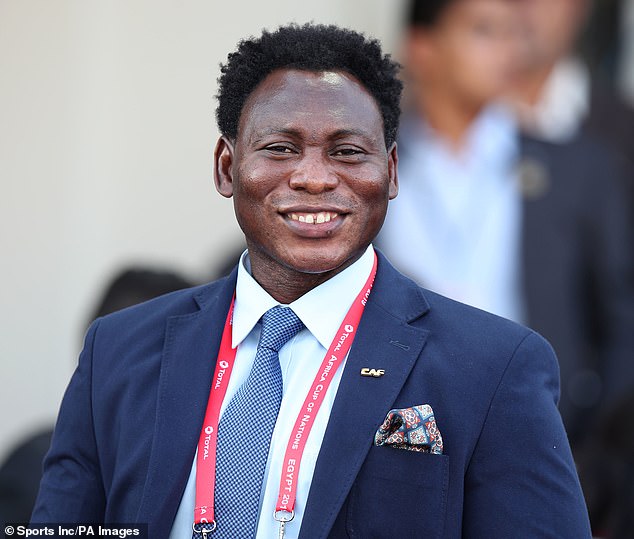 Amokachi’s current focus is on helping his country Nigeria combat the covid pandemic.

‘The Christmas break proved difficult for us,’ says a concerned Amokachi. ‘Nigeria has so many people that return from USA and Europe to visit family that it saw cases rise.

The biggest problem at times, like anywhere, is people’s ignorance on covid. Some people here still don’t believe it exists and it’s important we underline the dangers.

Nigeria still has large, poor, Third World areas and they need a shoulder to lean on, especially now. So it’s important that I can help with education and healthcare. We have to get that message across.’