Everton: How good a job is Ancelotti doing?

Everton could soon be on the lookout for a new manager if Carlo Ancelotti completes a return to Real Madrid. Reports from Spain on Tuesday claimed Ancelotti is the manager Real chiefs have chosen to replace Zinedine Zidane. The Italians spent two years as manager at the Bernabeu between 2013 and 2015, winning the Champions League, Copa del Rey, UEFA Super Cup and FIFA Club World Cup.

Everton harboured hopes of finishing in the Premier League top four this season.

However, a poor end to the campaign, especially at Goodison Park, saw them finish 10th and without any European football.

Ancelotti was only appointed Everton boss in December 2019 but his time at the club could be coming to an end, according to Spanish outlet Marca.

Express Sport looks at four managers who Everton could look to appoint if the 61-year-old does indeed leave.

JUST IN: Real Madrid ‘to confirm Everton boss Ancelotti as new manager in next few hours’ 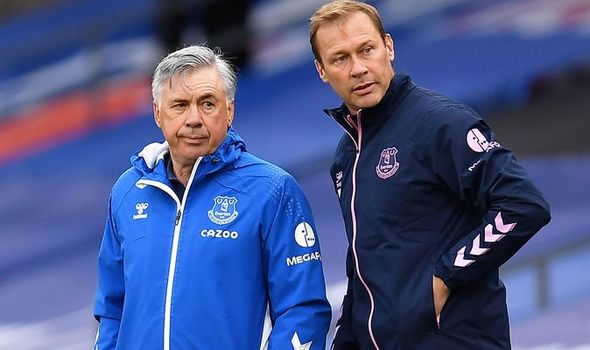 Conte resigned from his position as Inter Milan boss last week so is currently unemployed.

Attracting a manager with his track record could be difficult without having any European football.

However, Everton have ambitious owners and could potentially match the Italian’s wage demands.

Conte would want to make big improvements to an Everton squad who fell away badly in the second-half of last season.

The Portuguese had a fine track record with Wanderers, leading them to back-to-back seventh placed finishes in the 2018/19 and 2019/20 seasons.

However, the former Porto goalkeeper felt it was the right time to move on after only leading the club into 13th last term.

Everton could be attracted by Nuno’s ability to get the most out of a squad of players in the English top flight. 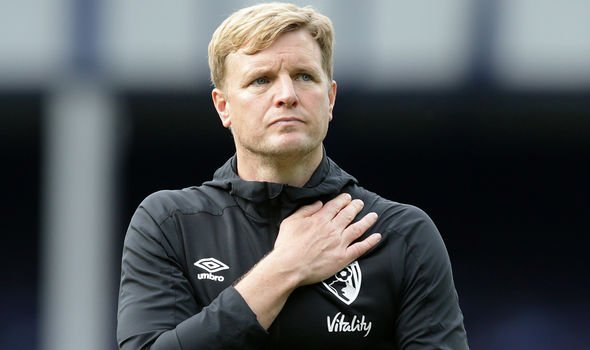 Howe has been without a job since leaving Bournemouth in the summer of 2020.

He had extended talks with Celtic over becoming the permanent successor to Neil Lennon.

However, that deal fell through last week and he remains available.

Howe’s attractive style of play could flourish with a better squad than he had at Bournemouth.

Not many people know Everton more than Ferguson does after spending over a decade-and-a-half as a player and coach at the club.

Ferguson was interim manager following the sacking of Marco Silva in December 2019.

He was unbeaten in his four matches in charge, drawing three, and was then appointed as Ancelotti’s assistant.

It would be a big job for his first full-time role in management but Ferguson is definitely the type of character to throw everything at it.