Everton want to sign Napoli star Allan and the Italian club are ready to strike an agreement with the Toffees. The Brazilian is part of a small group of players set for the San Paolo exit door as Gennaro Gattuso looks to make wholesale changes to his squad.

Allan was a former favourite under Maurizio Sarri and Carlo Ancelotti but has fallen way down the pecking order since the arrival of Gattuso, who replaced his former AC Milan boss in the hot-seat last December.

He has already made it clear that he will only be operating with “70 to 80 percent” of the current squad next season as he looks to build on Napoli’s Coppa Italia success.

Allan, 29, has been told that he would be free to leave at the right price should there be suitable offers this summer.

The same would apply to Arek Milik, Kalidou Koulibaly and Hirving Lozano, another player who has attracted interest from the Toffees. 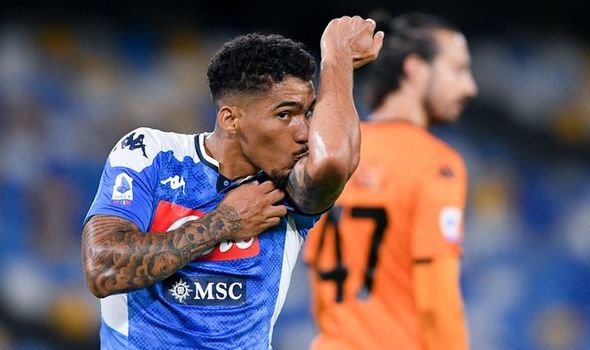 However, Ancelotti deems Allan as one of his top targets and was keen on bringing him to Merseyside in January.

He even called his former player to speak about his ambitions with Everton in a bid to convince him to move to the Premier League.

Allan is thought to be keen on working with Ancelotti again and is open to experiencing another European league following eight years in Italy with Udinese and Napoli.

Express Sport understands that Napoli are ready to negotiate a sale but there are doubts as to how much Everton are willing to pay.

While it is clear that Ancelotti approves of the signing, the player will turn 30 in January and with finances already limited, Everton appear to be hesitating on a fee.

As it stands, Everton have shown little indication of going above the £20m mark but there is some suggestion that Napoli may be prepared to meet in the middle.

Last month Everton had an offer of £25m accepted for Pierre-Emile Hojbjerg and the Dane even travelled to Merseyside for talks before eventually joining Tottenham. 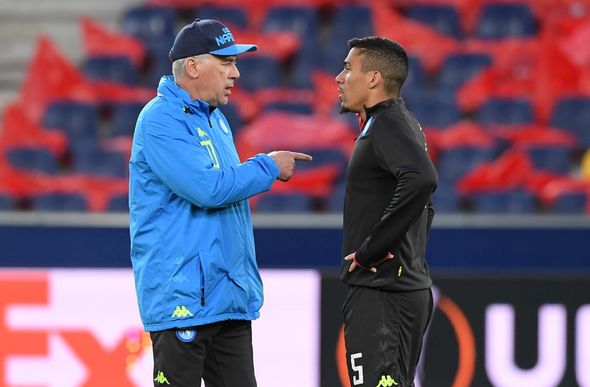 Ibrahim Sangare is another player of interest while Abdoulaye Doucoure, who was the subject of two rejected bids last summer, has also been reconsidered following Watford’s relegation from the Premier League.

Director of Football Marcel Brands has been left frustrated that the club’s interest in Gabriel Magalhaes and Hojbjerg was leaked before they could get both deals over the line.

Gabriel is still firmly on the agenda despite interest from Arsenal and Manchester United and the player even completed a medical at Finch Farm in March before the COVID-19 crisis.

Everton do not want to rush into any deals in the current financial climate and will take their time to assess the picture given their track record of wasting cash.