After a Saturday full of shocks and thrilling cup upsets, attention remains on the FA Cup and particularly on Anfield where Shrewsbury Town plot to stun Liverpool.

Jurgen Klopp’s Reds have been ravaged by Covid of late and the outbreak became so significant that their training ground closed and Thursday’s Carabao Cup semi-final first leg with Arsenal had to be postponed.

There are six other 2pm third round games and we will bring updates from all of them.

Follow Sportsmail’s DANNY GALLAGHER for live FA Cup coverage across all the 2pm kick-offs, including Liverpool vs Shrewsbury, West Ham vs Leeds, Tottenham vs Morecambe and more.

Liverpool will have Jurgen Klopp back on the touchline for Sunday’s FA Cup third round tie against Shrewsbury following a Covid outbreak that has led to a loan player being recalled to fill numbers.

Klopp, who has been isolating and missed the Premier League match against Chelsea last weekend after having to isolate, has had only mild symptoms and will return to Anfield after he passed further tests.

No Alexander-Arnold today for the Reds, as Liverpool confirm he has returned a suspected positive coronavirus test. 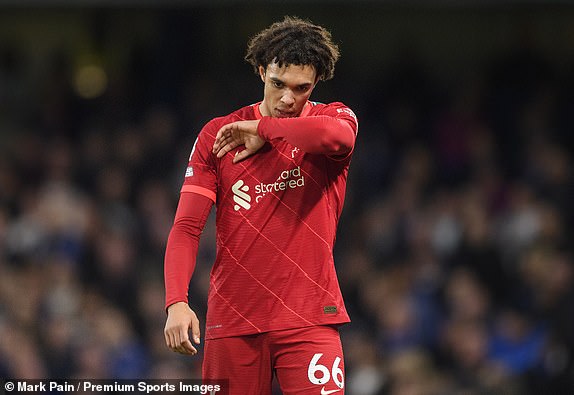 A sprinkling of academy products throughout, as Virgil van Dijk returns in defence for the Reds. So too does Andy Robertson.

Football’s oldest cup competition is back, so sit comfortably and enjoy the rest of the day’s FA Cup action.

We’re in place at Anfield as a covid-hit Liverpool take on Shrewsbury, who sense the real opportunity for a cupset.

Elsewhere, Tottenham host minnows Morcambe, Sheffield United take on Wolves and an all Premier League showdown will be served up with West Ham and Leeds.

We’re keep you fully up to date with all the action. Team news coming up next!

John Terry leaves Aston Villa after three years of being Dean Smith’s No.2