Neymar did nothing to help his reputation as a diver during Paris Saint-Germain’s pre-season friendly against Gamba Osaka in Japan on Monday.

Pablo Sarabia had given the visitors a 1-0 lead in Japan before Neymar went down inside the box to win a penalty a few minutes later.

However, replays showed there was very little contact, if any. 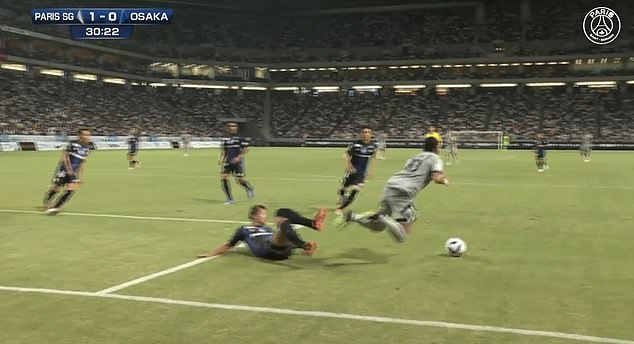 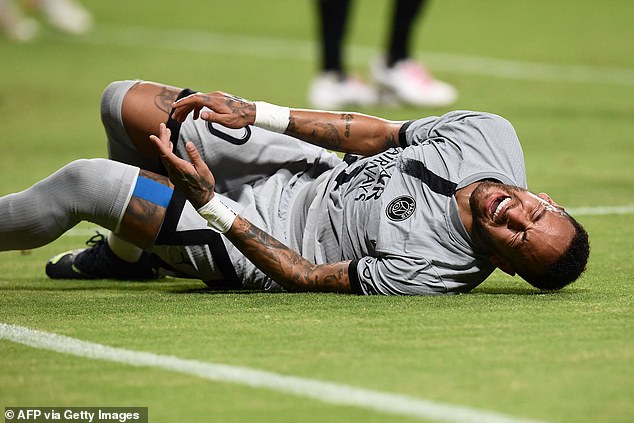 And the theatrical dive that followed was an embarrassing one, the Brazilian throwing himself to the floor like we have seen him do in the past.

He went on to score the spot-kick and another as the French side ran out 6-2 winners.

But it was the dive that would be the biggest talking point after the game, fans responding on social media with both amusement and incredulity.

‘Shameless’, wrote one while another sarcastically described it as ‘world class’. 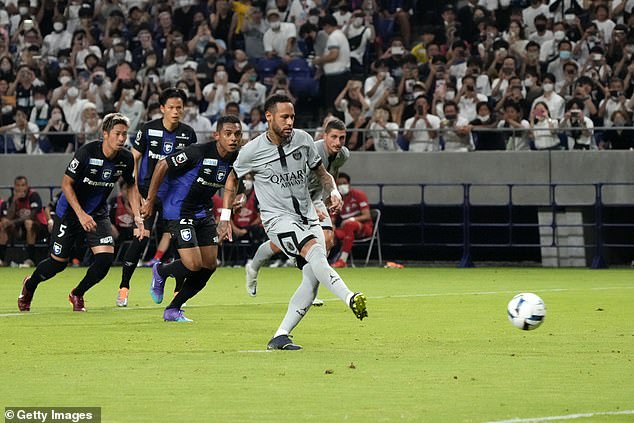