Home » Soccer » FAN'S VIEW: Ronaldo has stabbed Ten Hag in the back AND front

FAN’S VIEW: Cristiano Ronaldo has stabbed Erik ten Hag in the back AND the front! He’s been badly advised and I hope sometime in the future he will realise it was a HUGE error of judgement

Cristiano Ronaldo’s explosive tell-all interview with Piers Morgan has rocked Manchester United to its core this week, with the wantaway star’s second stint at Old Trafford set to end in major controversy.

The astonishing comments – in which he accuses club officials of ‘betraying’ him and insists he has ‘no respect’ for boss Erik ten Hag – have drawn widespread criticism from a number of pundits and former team-mates.

And as fallout from the interview continues to rumble on, BARNEY CHILTON – Editor of club fanzine Red News – has offered the perspective of United supporters on Ronaldo’s sensational outburst.

There is no question whose side Manchester United fans are taking on this. Cristiano Ronaldo has stabbed Erik ten Hag in the back and front.

We are enjoying a new manager trying his hardest to turn this club around and to call him out is a betrayal. What good does it do?

Ronaldo is going anyway. It is no secret he wanted out in the summer and Erik wanted him to go. I didn’t want it getting nasty. I hoped it would plod along until January and then he would go. Now it won’t be a particularly nice final six weeks. 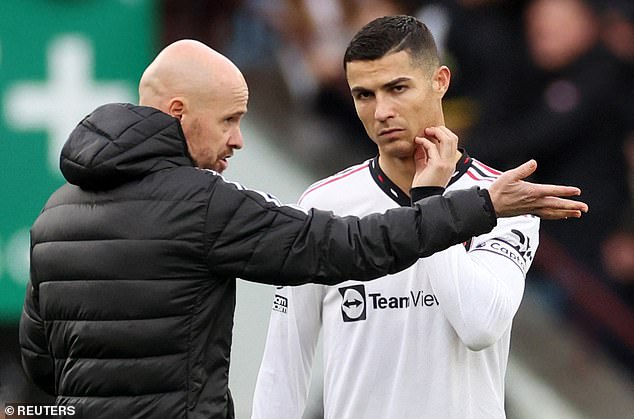 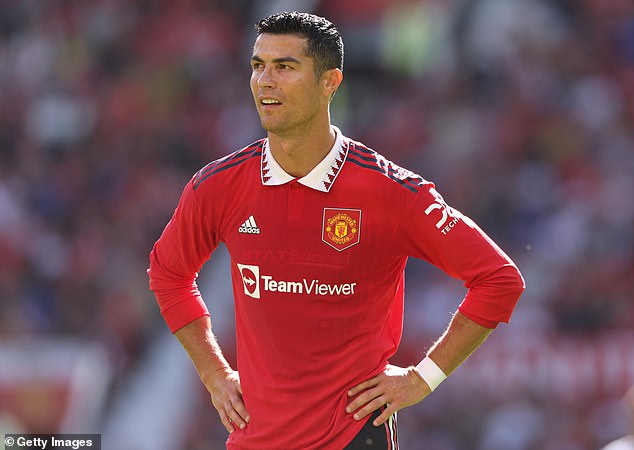 It is nonsense that he is a ‘Glazer Out’ figurehead, he has done this purely for himself. Dominate the headlines. Don’t talk about a win at Fulham and Alejandro Garnacho’s goal, let’s talk Ronaldo. No thanks.

I find it unedifying and feel he has been badly advised. I rarely trust players to do anything off their own back, but any agents suggesting it was a good idea didn’t understand how counter-productive it would be. It will be a blemish on his legacy. I hope sometime in the future he will reflect and realise it was a huge error of judgement.

You cannot accommodate someone who is clearly on the wane and the last couple of months have been painful. That is nothing to do with Ten Hag. He just twigged it ahead of anyone else.

Ronaldo might not accept he is on the wane and this may be his own ridiculous way to kick out against the fading of the light.