Major gaffe from FC Cincinnati as they announce Jaap Stam appointment as boss by tweeting picture of Tinus van Teunenbroek… and it’s not even the first time the Ajax coach has been mistaken for him!

FC Cincinnati made an embarrassing gaffe when they announced Jaap Stam as their new boss by tweeting a picture of a different coach.

The former Reading boss has signed a deal with the MLS club until December 2021 but was wrongly identified as Tinus van Teunenbroek, an Ajax youth coach.

Teunenbroek, who has since been made aware of FC Cincinnati’s major blunder, revealed it is not the first time he has been mistaken for Stam. 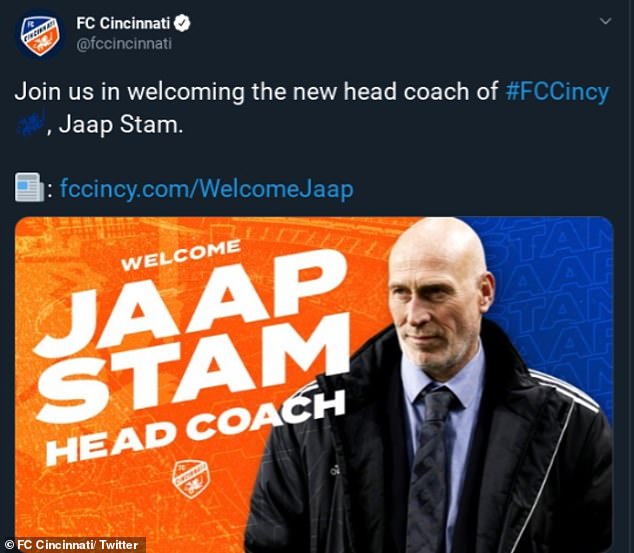 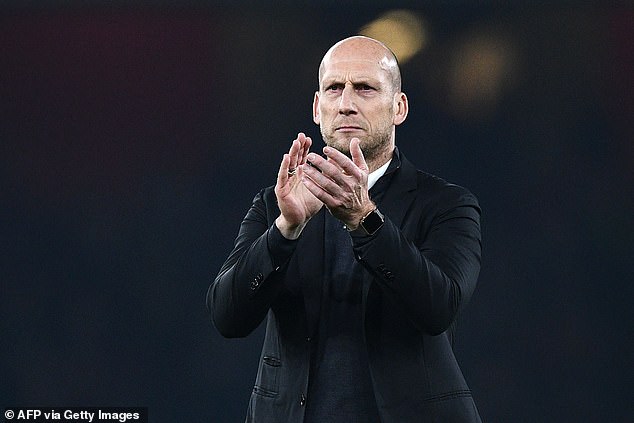 Speaking to FOX Sports, he said: ‘I heard about the incident through a mother of a former pupil of mine. Everyone now asks if I have made a transfer to America.

‘I have once been mistaken for Jaap Stam in Ajax Showtime (media outlet) by Ajax itself. It happens to me more often, such as on vacation, that people shout: ‘Hey, that’s Jaap Stam!”

Stam, who has managed PEC Zwolle and Feyenoord, has become Cincinnati’s fifth head coach and replaces compatriot Ron Jans at the helm.

Speaking about his appointment to the club’s official website, he said: ‘For myself, to get the opportunity to work in America and to work in MLS for a club like FC Cincinnati, it’s a dream. 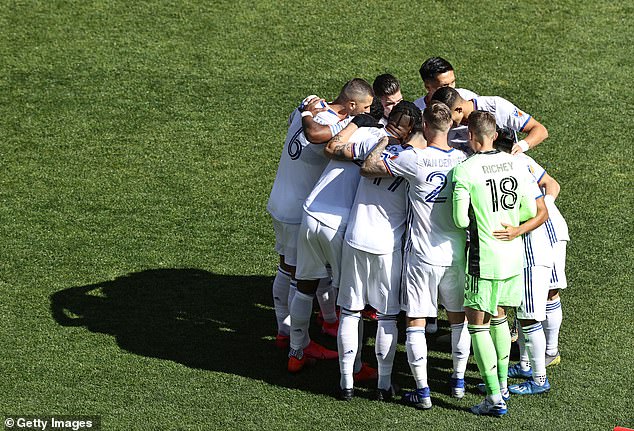 ‘To get the opportunity to work for FC Cincinnati and this project by building the club – hopefully even further than where they already are, because I think they’ve already done a great job – but being a presence as a team, even more in MLS, getting results and working together with the fans and everybody already working within the club, for me it’s a big challenge to do well.’

Stam has signed through to 2021 with a one-year option for the 2022 season and takes over a Cincinnati side that had the league’s worst record in 2019 and lost their first two games this season before play was halted due to the COVID-19 pandemic.

The 47-year-old, who spent three years with Manchester United and helped them win the 1999 Champions League, stepped down as Feyenoord manager in October after less than five months in charge with the Dutch top-flight club, after winning just three of his 11 league games in charge.