Rio Ferdinand believes Manchester United need to find an upgrade at centre-back to partner Harry Maguire if they want to start competing for Premier League titles.

United lost out on the league crown to rivals Manchester City with three games to spare on Tuesday night after they were defeated 2-1 by Leicester City at Old Trafford.

Although they were without Maguire, who is set to miss the remainder of the Premier League campaign through a ligament injury, Ferdinand believes Ole Gunnar Solskjaer’s side are still a defender short if they want to lead a title chase. 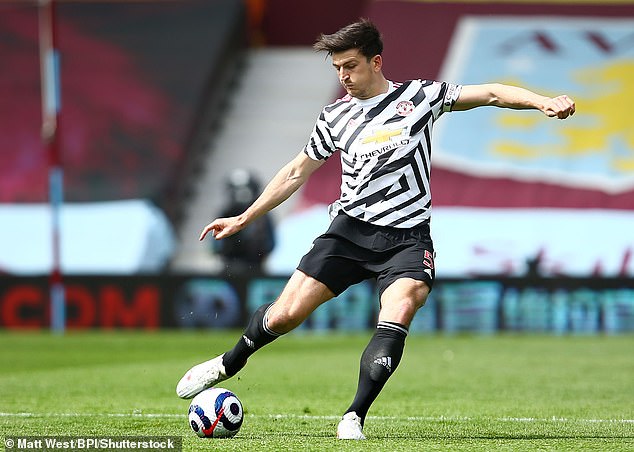 ‘I think Manchester United’s prime position for them to strengthen, to really improve and become a team who can compete, is centre-back,’ Ferdinand told BT Sport following United’s loss.

‘To get a partner for Harry Maguire who you go, “actually every week he produces, he’s there.”‘

Maguire has formed a competent partnership with Victor Lindelof this term with Eric Bailly as third choice, and they have helped United record the third best defence in the top flight with only City (26) and Chelsea (32) conceding fewer than their 38 goals.

Ferdinand continued his assessment by comparing United’s back-line with rivals City, claiming that the difference between the teams is opposition forwards having their confidence boosted when taking on United rather than City. 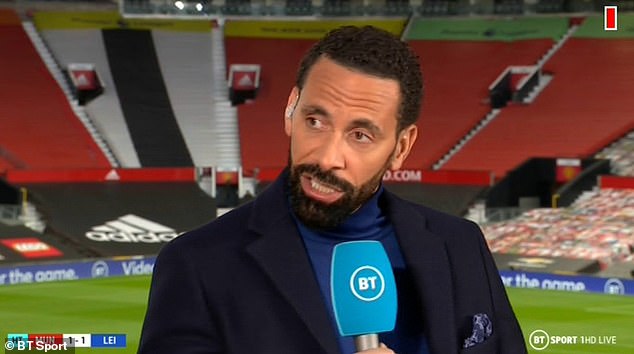 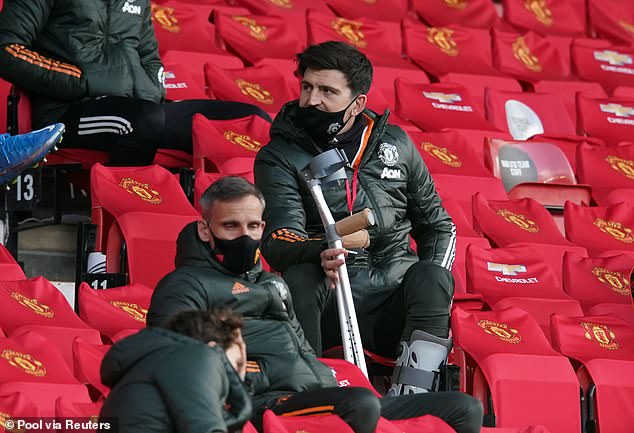 The former United defender used City’s title winning centre-backs Ruben Dias and John Stones as examples of the sort of fear United’s defence should be imposing on opposition teams.

‘At the moment there’s too many players centre-forwards especially who probably are looking when they get in the tunnel and are thinking, “I’ve got a chance here. I think I can smell a chance.”’, he added.

‘Whereas the teams who do really well, [Ruben] Dias and [John] Stones at the back at the moment in the past four or five months, teams are looking at them and thinking “it’s going to be very difficult for me today.” 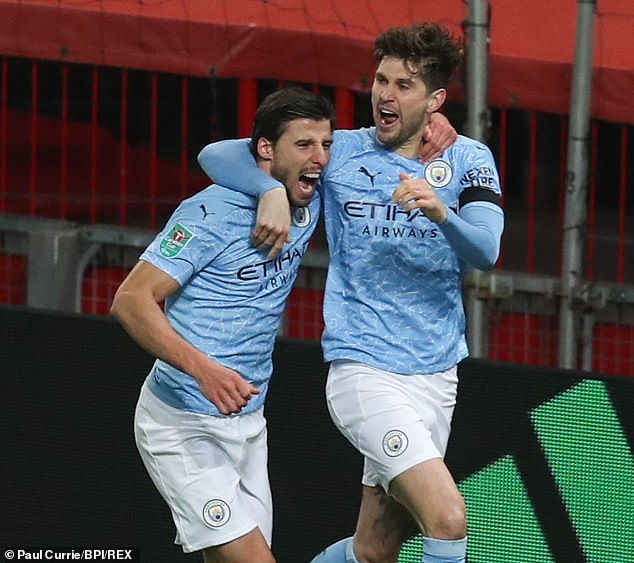 ‘I don’t think they get that feeling right now when they play against the centre-backs at Manchester United.’

Although Joleon Lescott agreed with Ferdinand in that United need to strengthen, the former City centre-back believes the Red Devils are still short of providing a threat to Pep Guardiola’s team or Liverpool.

‘Appeasing the fans is one part of the jigsaw. if they want to win the title, they have to strengthen their squad,’ Lescott told BT Sport.

‘They’re not as close as they think even with those players. City and Liverpool have set a new high, a new bar.’

Is Arsenal vs Southampton on TV? Kick-off time and how to watch Premier League fixture