Rio Ferdinand recalls Jesse Lingard being ‘the best player’ on pre-season tour with Manchester United under David Moyes in 2013 as he continues to shine for Scot at West Ham: ‘He probably looked back and thought… I can get the best out of him’

Rio Ferdinand lauded Jesse Lingard for his bright start to life since joining West Ham on loan from Manchester United.

Lingard joined the Hammers last month after falling down the pecking order at Old Trafford, making just two starts since Project Restart for the Red Devils.

Ferdinand has recalled the time they were team-mates together at Manchester United, when David Moyes took charge in the summer of 2013. 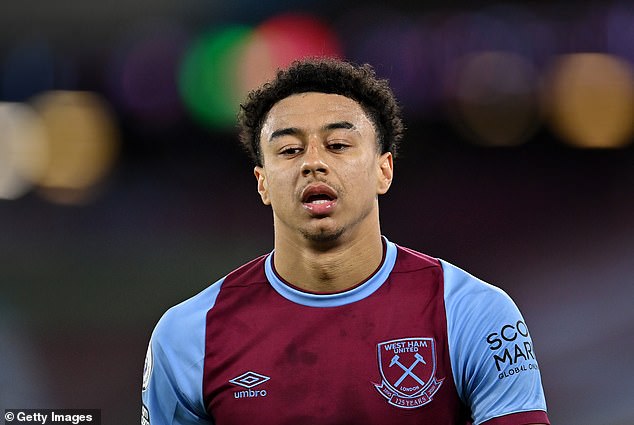 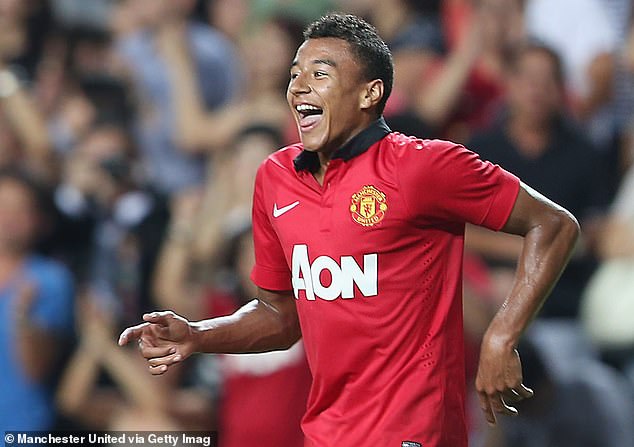 The Manchester United said Lingard was their ‘best player’ on their pre-season tour with Moyes which took place in Asia and Australia.

Though Lingard would then be loaned out that season, Ferdinand said that period working with the 28-year-old would have played a factor Moyes signing him on loan in January.

After West Ham’s 3-0 win over Sheffield United, he told BT Sport: ‘Jesse was the star man, everything he touched was a bright spark.

‘It’s a great performance to build off and he’s had a great start in the claret and blue shirt. In all areas he was good today, shooting from all areas trying to get on the score sheet.

‘When he is in full flow like this he’s great to play with. I remember Jesse was the best player on our summer tour under David Moyes at Manchester United.

‘He probably looked back at his time coaching him there and thought if I can get him here at West Ham, I can get the best out of him.’ 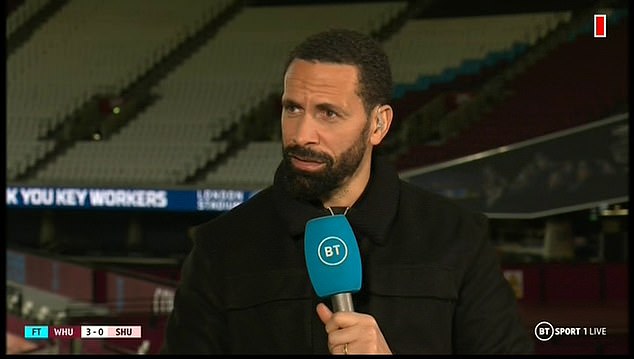 In a pre-match interview with BT Sport, Lingard said he felt as though he wasn’t given the chance at Old Trafford after first lockdown despite being one of the ‘strongest and fittest’ in the squad.

Ferdinand said that Lingard needs to move on from his Manchester United and focus on securing a summer move away from the club.

He said: ‘Ability wise he’s never been questioned. I’ve seen him come through the ranks at Manchester United, but last few years he’s lost a bit of focus for whatever reason – maybe things off the pitch.

‘He lacked a bit of form which compounds that. More importantly what’s his ambitions here past this season? What is he looking to do?

‘If West Ham don’t put a bid to buy him at the end of this loan, then it has to be seen as a failure. That’s got to be his aim to get a bid in from West Ham or other clubs to take him out of Man United.

‘Because I don’t see him going back there and really affecting that squad now they’ve moved past him in terms of the players they’ve recruited.

‘He hasn’t featured for so long, he said he didn’t think he had a fair crack of the whip under Ole. This is a new chapter for him to enjoy his football. When you’re not playing football you don’t enjoy your life, and he’s been in that place far too long.’ 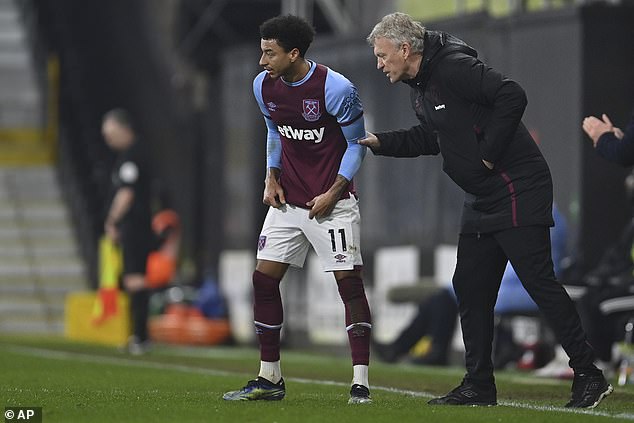 Woodward comments on Man Utd’s progress under Solskjaer this season

Can Manchester United evolve under Ole Gunnar Solskjaer in the way City have under Pep Guardiola?
Recent Posts