FIFA 23’s release is moving closer. And, ahead of it hitting stores across the globe on September 30, EA Sports have revealed the ratings for the best players who are aged 21 or under. Pedri and Jude Bellingham lead the way, having dazzled for Barcelona and Borussia Dortmund last term.

Pedri has been given an overall rating of 85, with the Spain international currently a regular in the Barcelona team under Xavi – even managing to keep Frenkie de Jong on the bench.

Bellingham joined Borussia Dortmund from Birmingham two years ago and, in the time since, has forged a reputation for being one of Europe’s best young players.

The 19-year-old has been given an overall rating of 84, which is the same as Bayern Munich left-back Alphonso Davies.

Bayer Leverkusen’s Florian Wirtz, and Arsenal’s Bukayo Saka have received a score of 82.

Coming in at 80 are Nuno Mendes, Jurrien Timber, William Saliba and Jeremie Frimpong – of PSG, Ajax, Arsenal and Leverkusen respectively. 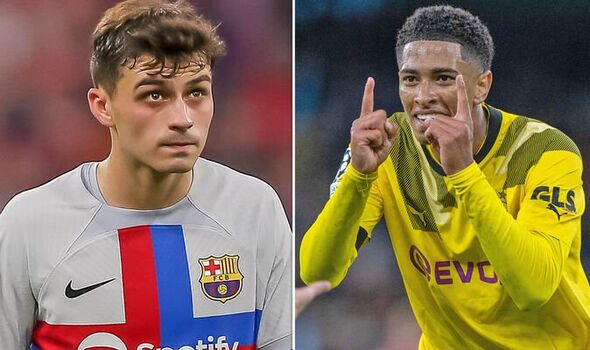 And, completing the list of the hottest prospects on FIFA 23, are the likes of Piero Hincaple, Gabriel Martinelli, Charles De Ketelaere, Enzo Fernandez and Giorgi Mamardashvili.

EA have also revealed their ratings for the best players on La Liga, too.

Karim Benzema and Robert Lewandowski have both received scores of 91, with the two veterans set for big campaigns ahead at Real Madrid and Barcelona.

Thibaut Courtois takes on the bronze medal on 90, with Atletico Madrid goalkeeper Jan Oblak one lower.

On 88 are Real Madrid pair Toni Kroos and Luka Modric, as well as Marc-Andre Ter Stegen. 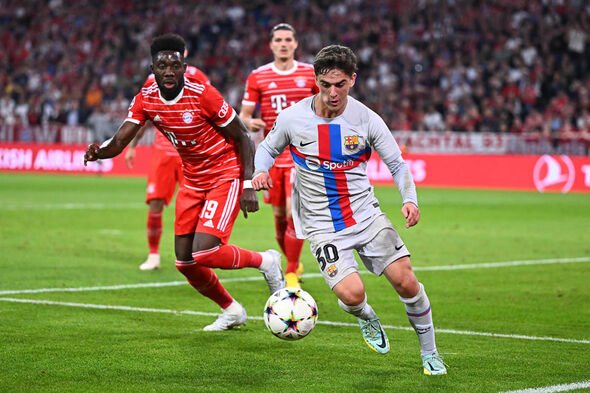 Receiving scores of 87 are De Jong and Antonio Rudiger, with Vincius Jr, Perego and David Alaba all coming in at 86.

Joao Felix, Jules Kounde, Oyarzabal and Federico Valverde have all received ratings of 84.

On their website, EA Sports have revealed several changes that are coming to FIFA 23 ahead of its release.

Regarding power shots, they state: “A new skill-based, risk versus reward shooting mechanic brings football’s most powerful and impressive shots into the game.

“Create space away from defenders, pick your spot and trigger a power shot to add additional power to your strike and a chance of the spectacular.” 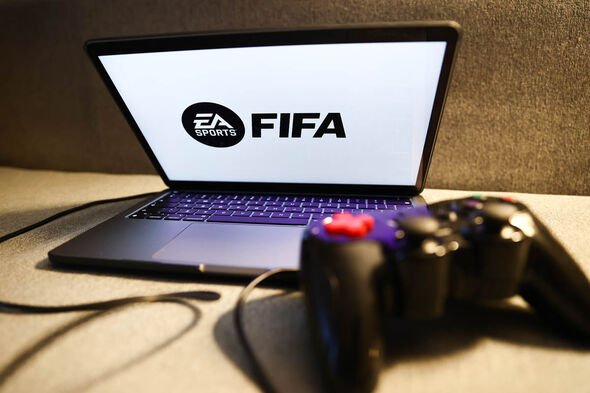 Set pieces are being revamped, too. EA adds: “A set piece redesign gives you more control over free kicks, penalties and corners, allowing you to choose where you make contact on the ball to change direction, trajectory, curl, and more.

“Plus an update to camera positions on corners better reflects the drama of dead ball situations.”

“Deflections and blocks from defenders and goalkeepers’ arms, legs, hands, and even fingers will now have more realistic outcomes determined by the impact of the ball upon them, as they absorb the power of the shot to affect the ball’s path and create more visually authentic deflections based on the speed and force of each individual strike.”

And they also state: “New collision prediction system enhances players’ awareness on the pitch, allowing them to move intelligently to avoid tackles and collisions.

“New animations and mechanics bring more natural football variety into FIFA 23 to bring the game closer to the real world.

“Hard clearance slide tackles, physical tackles, and even backheel tackles give you more ways to defend against oncoming attackers.

“Tactical enhancements mean AI opponents better react and respond tactically to the on-pitch situation, including factors like score, match time, and available players on the bench to change and update formations and playing style mid-game.”

Farewell to John Sillett, the man with nose for one of the biggest FA Cup shocks