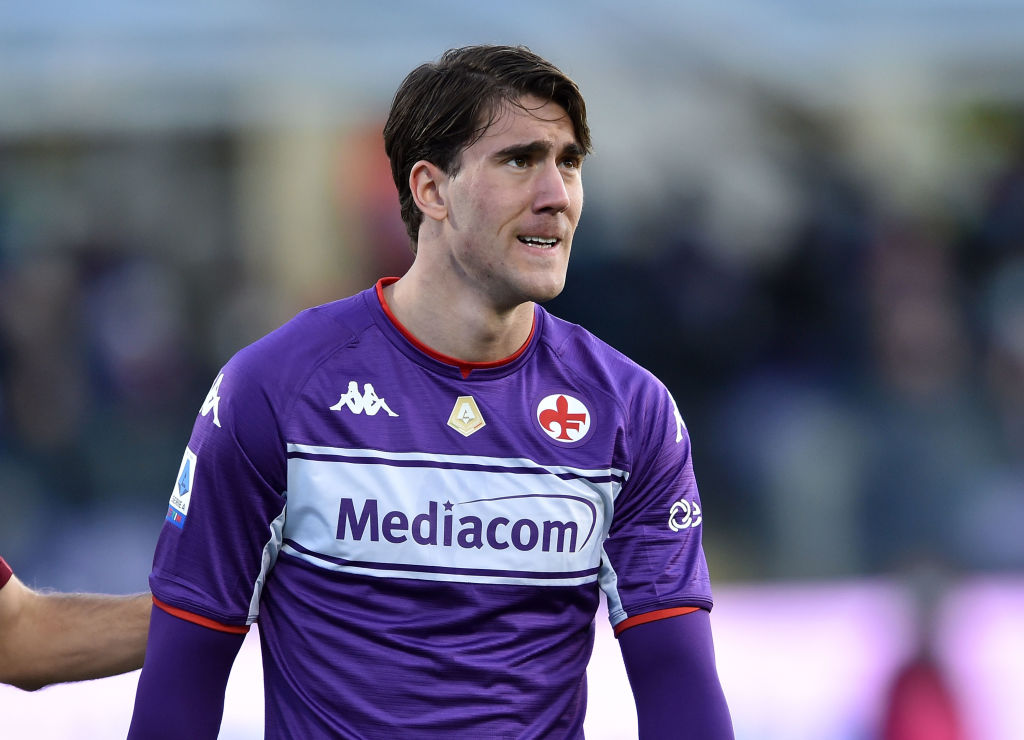 Vlahovic is one of Arsenal’s top targets for the January transfer window, with reports claiming that a bid of €55 million (£45.8m) plus Lucas Torreira has been submitted to Fiorentina.

The Serbia international will have just a year remaining on his contract this summer and Fiorentina have been frustrated in their attempts to get the striker to commit to a new deal.

According to the Financial Times, Vlahovic’s representatives are demanding an €8m (£6.6m) fee to renew the contract, as well as 10 per cent of any future transfer fee.

In his interview, Commisso revealed that Fiorentina have yet to make a decision over whether to sell Vlahovic this month but urged the striker to ‘give recognition’ to the Serie A club.

‘We are under active considerations as to what to do,’ Commisso said.

‘He developed here. And he should give recognition, whatever happens, to the club that got him to where he is.’

Commisso, values Vlahovic at €75m (£62.6m), also said of his time in charge of Fiorentina: ‘The more I live here, with this crazy sport, the more I realise how screwed up it is.’

Arsenal, meanwhile, are also keen to recruit a new midfielder before the end of the January transfer window.

It’s understood that the Gunners are in advanced talks to sign Arthur Melo on loan from Juventus.

Is Chelsea vs Tottenham on TV today? Kick-off time, channel and how to watch Premier League fixture