Real Madrid president Florentino Perez insists ‘I don’t even read stories about Mbappe’, despite the Spanish giants being linked with the PSG striker… as he backs Vinicius Jr and Rodrygo to follow in Benzema’s footsteps and ‘win the Ballon d’Or’

Real Madrid president Florentino Perez has claimed that he is not paying attention to rumours surrounding Kylian Mbappe’s future, despite reports continuing to link the Frenchman with the Spanish giants.

Mbappe looked set to join Madrid in the summer, only to perform a dramatic U-turn and sign a new deal with PSG until 2025. However, it has since been reported that he is not happy at the French club, and would like to leave in January after feeling ‘betrayed’ by the owners.

Due to his eye-watering wages, it appears that only a select few clubs, including Madrid, could potentially sign Mbappe if he does leave PSG. Perez has insisted that he is perfectly happy with his club’s current options in attack, though. 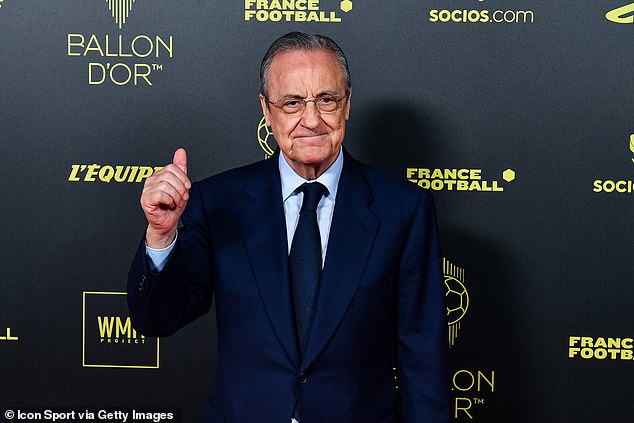 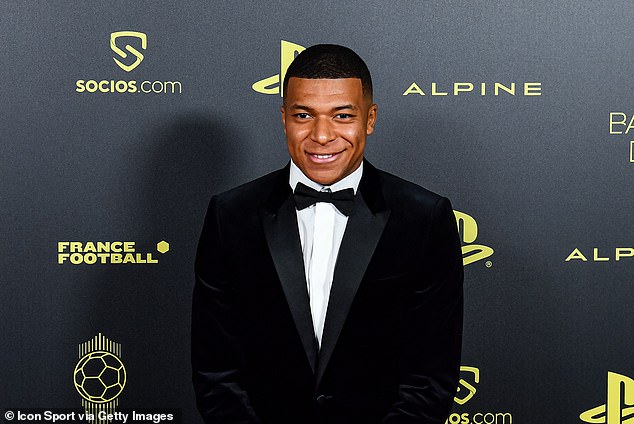 ‘No, I’m not tired of rumours about Kylian Mbappé. I don’t even read stories about Mbappé,’ Perez told reporters at the Ballon d’Or awards ceremony on Monday night, as quoted by RMC Sport.

‘We have a great future with Vinícius and Rodrygo. They can win the Ballon d’Or.’

Mbappe went on to finish sixth in the Ballon d’Or rankings, just two places above Vinicius Jr, who scored the winning goal in last season’s Champions League final against Liverpool.

Karim Benzema won the award after leading Madrid to Champions League and LaLiga glory last term, while Rodrygo has started this season strongly, scoring five goals in all competitions, highlighting Madrid’s strength in depth in the final third right now.

Mbappe is reportedly unhappy at PSG after feeling that the club failed to deliver on the promises they made to him at the start of the summer. 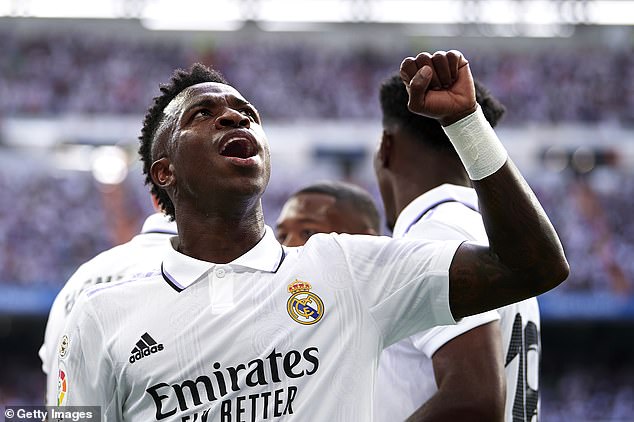 Perez is happy with Madrid’s current options, and has tipped Vinicius Jr to win the Ballon d’Or 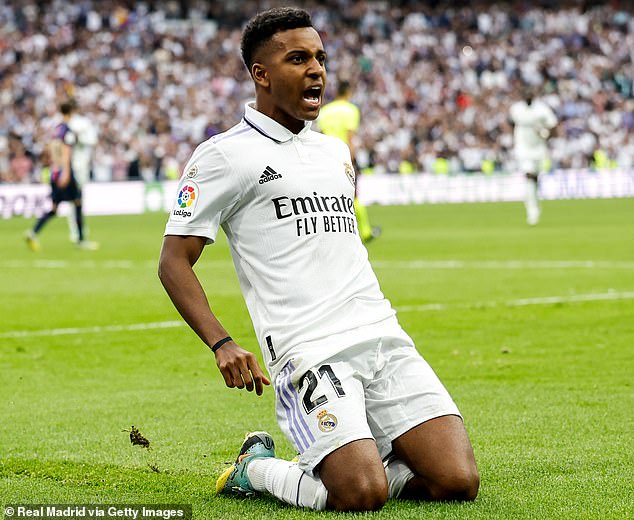 The French champions were expected to freshen up their squad in the summer and were linked with Milan Skriniar and Bernardo Silva, but did not manage to sign either player.

The 23-year-old has also hinted at being frustrated at being asked to play up front on his own by manager Christophe Galtier. He recently deleted an Instagram story that had the caption ‘#pivotgang’, which appeared to reference how he would like a strike partner.

However, Mbappe has since come out and denied that he has ever told PSG that he wants to leave.

‘I’m very happy. I never asked for my departure in January,’ he said.

‘The info that came out on the day of the match (against Benfica) I I didn’t understand. I was just as shocked as everyone else.

‘There are people who may think I’m involved in this, but I’m not involved, I was taking a nap.

‘My entourage was at my little brother’s game, all the people who take care of me weren’t there so we were flabbergasted when we heard about it.

‘Afterwards, we had to deal with it, there was a game to play. Just to say that it is completely wrong and I am very happy’.

It is understood that Madrid have doubts about whether they could sign Mbappe in January, but they are monitoring his situation ahead of potentially making another move for the forward next summer.