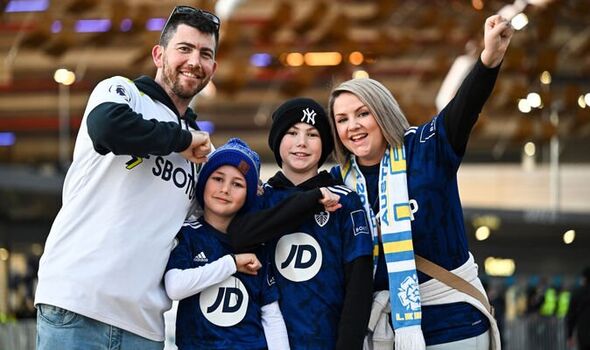 Supporters of 48 clubs out of 92 including the Premier League’s Leeds United and Crystal Palace are struggling to get deliveries. Covid factory shutdowns in Asia, a shortage of container ships and disruption at ports have been blamed for the delays.

Just 44 teams have both their kits available, 22 have only their home kit and seven teams just their change strip. There are 19 teams that have neither kit in stock.

One Football League boss said his club’s kit designs were ready in October and ordered soon after but were still unavailable.

He told the BBC: “We’re in a position where that hasn’t caused disasters for us. But for some clubs I would imagine it’s pretty difficult.” Leeds United’s new home shirt and training wear will not be on sale to fans until late August. Their new season kicks off on August 5.

The club said: “We understand the frustration felt by the fans and we have worked in close collaboration with our club partners to find the best solution on delivering the product as soon we can.”

League Two side Stockport County is missing 15 per cent of an order for home shirts.

The club said: “We have been significantly let down by our kit provider, Puma, in the delivery of kits ahead of the new season.

Puma said: “We are working with our logistics partner to find the missing shirts.”