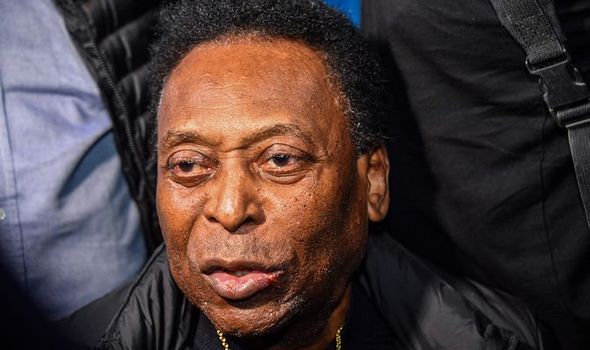 Alongside a photo of himself smiling in a hospital gown with his daughter Flavia, Pele, 81, posted: “Don’t worry, I’m just getting ready for the holiday season!

“I’m going to take this chance to do a new battery of exams, so I’m going to stay here for a few days.”

The three-time World Cup winner was found to have a colon tumour during a routine medical examination at the end of August.

He had surgery in September and left intensive care only to return three days later after falling ill.

Now he has revealed on Instagram he must remain in the Albert Einstein Hospital in Sao Paulo, Brazil, to recover from his chemo sessions.

A hospital spokesman confirmed: “He is in stable condition and expected to be released in the next few days.”

When his autumn surgery was revealed, Pele said on social media: “When the path is difficult, celebrate each step of the journey.”

Concern increased when he was seen using a walking frame in a recent Netflix documentary. But he added: “Focus on your happiness. It’s true I can’t jump anymore, but these days, I’ve been punching the air more times than usual.”