‘I lay down on my grandad’s grave to die’: Former Leicester midfielder Matt Piper admits he tried to take his own life having battled with drink and drug addiction after retiring from football

Premier League football offers a privileged life but for some it’s hard to know what to do when the music stops.

For Matt Piper, a career that promised much at Leicester and then Sunderland was over by the age of 24. The famed Colorado knee surgeon Richard Steadman had warned him that much more football could put him in a wheelchair. So retirement arrived in January 2006 and three years later he tried to kill himself.

Piper was a borderline alcoholic by then and was also addicted to Valium. His weapon of choice that day was two bottles of whisky and whatever over-the-counter drugs he could find in his house. 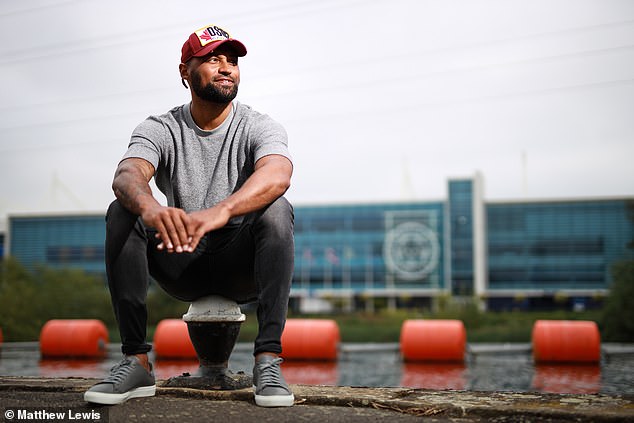 Former Leicester player Matt Piper, who was a borderline alcoholic, tried to kill himself after his career ended 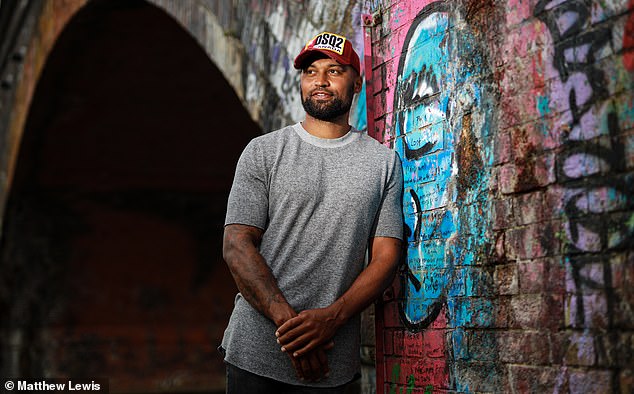 Hours later his mother found him unconscious sprawled across his grandfather’s grave. Had he really gone to that Leicestershire cemetery to die?

‘That’s hard to answer but I would say so,’ Piper, now 38, tells Sportsmail. ‘I can’t remember having those exact thoughts but I definitely had it in my mind and that my kids would be better off without me.

‘I just didn’t care by then and to take what I took, leave my keys, phone and wallet at home and go and lie on a grave, I realise now that, wow, I really did try and finish it that day.’

Piper was a talented, quick forward who realised a dream of playing for his local club. He is remembered fondly at Leicester for scoring the last goal at the old Filbert Street and was bought by Sunderland for £3.5million in 2002. 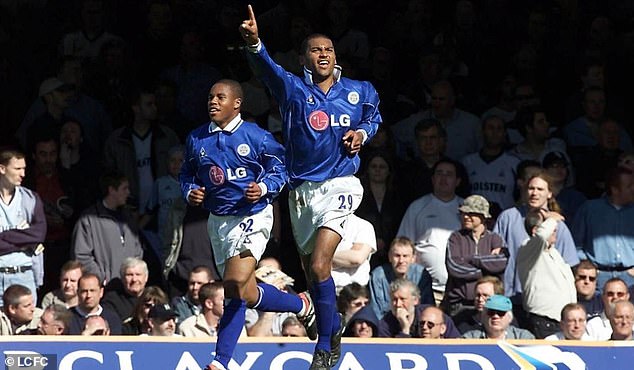 Piper is remembered fondly by scoring the last goal at Filbert Street, v Tottenham in 2002 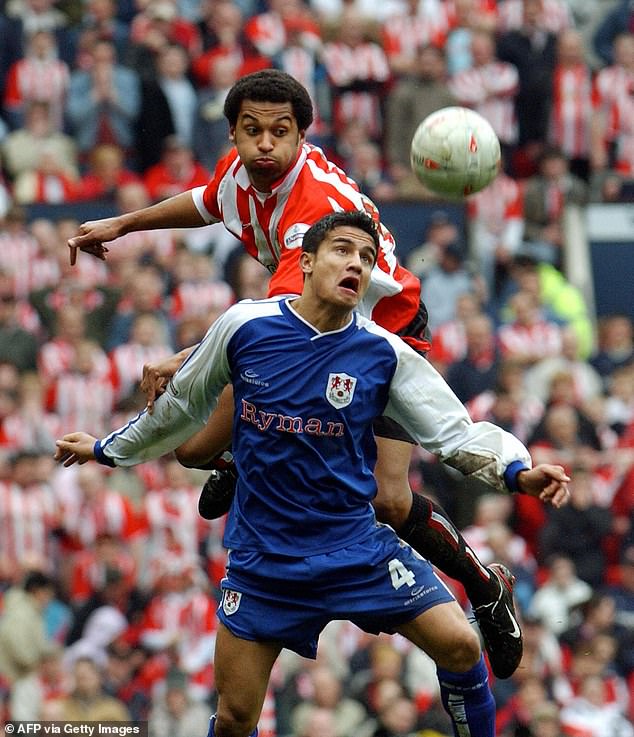 In 2002, Piper made the switch to Sunderland, for whom he played in an FA Cup semi-final

He overcame several challenges to reach the top of the game, including a father who didn’t think he would make it and, by his own admission, a tendency to shyness that he always feared would hold him back.

Ultimately, though, it was his knees that did for him. Over the course of his career, he had more operations — 14 — than he ever was able to play consecutive games — nine — and when he quit it was his inability to replace the structure, purpose and focus of professional sport that brought him down.

At his worst — a spell of about 10 months in 2008 — Piper would drink bottles of whisky while watching daytime TV. His Valium habit was running at 80mg a day. The daily recommended maximum dose is 2-10mg.

‘I had nothing to pull me forward after football,’ he says. ‘Football keeps you on a path. When all that goes overnight, you need to find something else. I must have tried 30 different jobs. I started to spiral out of control.

‘It was just nights out at first but then all the time. And when I had nobody else to go out with any more, I would have parties at home on my own. Jeremy Kyle parties. I had some dangerous, dangerous nights with some of the stuff I was doing.

‘My younger brother Dan used to see me as his hero but then he started to view me as a loser. At least he stuck around. I did lose some mates. They didn’t like the character I turned into. I was an enthusiastic, annoying and sometimes obnoxious drunk. 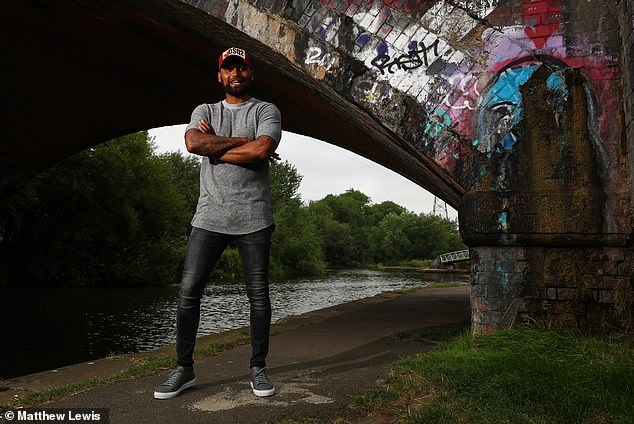 ‘My wife says she used to see me in the nightclubs — I didn’t know her back then — and think I was an obnoxious ex-footballer. She was right.’

Piper’s attempt on his own life proved to be a turning point and is detailed in his excellent forthcoming autobiography. Rushed to hospital, his mother refused doctors’ suggestions that he be sectioned. Instead, Piper spent time at the Sporting Chance clinic, founded by former Arsenal and England defender Tony Adams, and emerged clean.

‘The doctor there told me the booze would kill me eventually,’ Piper says. ‘But he almost fell off his chair when he realised how much Valium I was taking. He said that was the immediate danger to my life. It had already caused irreparable damage to my liver.

‘Sporting Chance saved me, no doubt about it. When I finished playing I closed the door on football for two years. I never dealt with it. The people at the clinic enabled me to make peace with that and also to look to a future again. The book has helped too. It’s been cathartic.’ 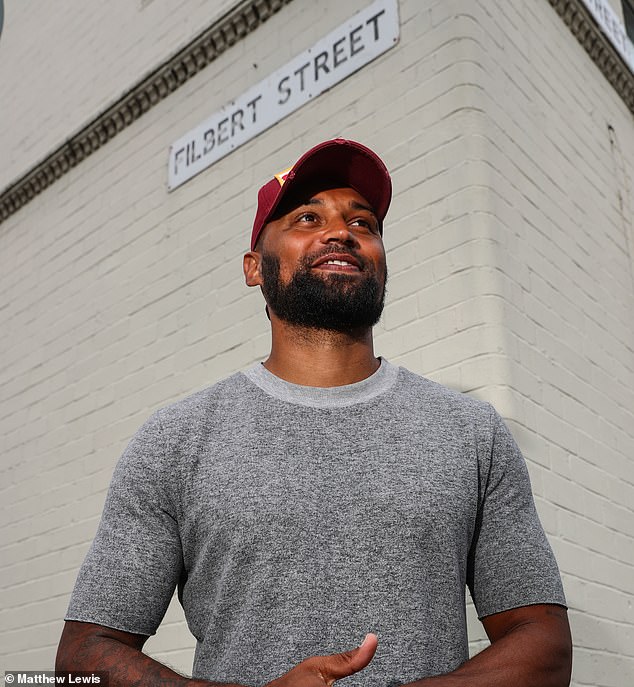 Piper is grateful to the Sporting Chance clinic, who he says managed to save his life

Married now to Leanne, Piper is a father of four and is not embarrassed about his story. These days he co-owns the FSD Academy in Leicester that, among other things, takes in kids expelled from the state education system. He is an ambassador for his old club and does co-commentary for BBC Radio Leicester.

He still drinks — ‘Just a couple of beers with my mates’ — but is no longer scared of the future or, indeed, the present. He admits he is anxious about what his father will make of the book but says: ‘I had to be honest about how things were when I was a kid.’

More widely, he wonders when football will wake up to the troubles so many players have in transitioning from the game to normal life.

‘Quite a few ex-players have texted me and asked me why I am so open but I think this happens a lot to players and they just don’t talk about it,’ he says. ‘I spoke to the PFA and asked, “How can footballers come out of something they have dreamed of since they were a kid, and then reach the end and have nowhere to go?”

‘It amazes me that there is no one to help them. I put the idea to the PFA to put a team of counsellors together to help but they didn’t want to back it. The only way to make it work is to get clubs and governing bodies to fund it. But once you have finished you are no longer a commodity. That’s the harsh reality. 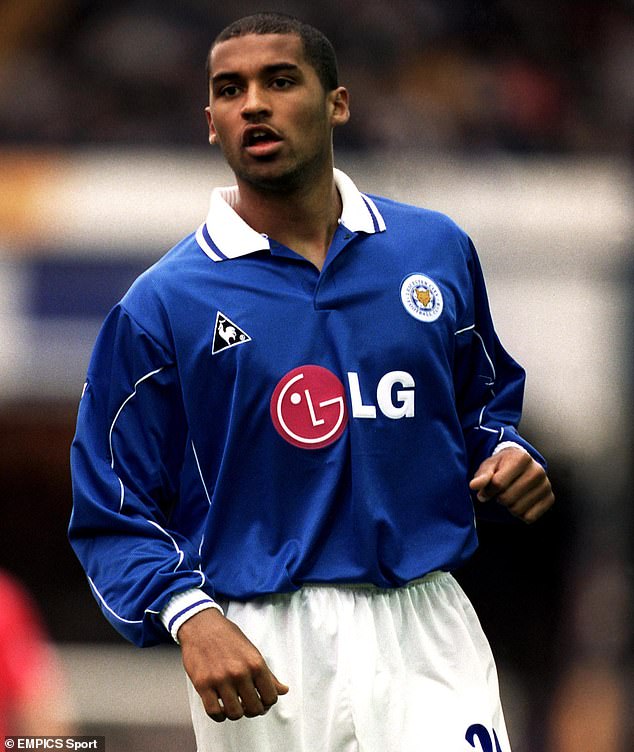 Although he says his skill-set was Premier League level, Piper’s mindset was ‘semi-pro at best’

‘The PFA did so much for me so I don’t want to criticise them. The bill was £13,000 for Sporting Chance and they paid all of it. They have paid for the operations I’ve had post-career. But what about the stuff they can do for their members who are struggling at the end? They need to shout more loudly about that.’

Piper is not sure where his career would have gone had his body allowed it. ‘My skillset was Premier League level but my drive and mindset was probably semi-pro at best,’ he says. ‘On stage at the school play I’d be hiding at the back hoping not to be seen. That’s no good for a pro athlete.’

But the boots he wore when he scored that goal at Filbert Street remain on display at the King Power and the anniversary never comes round without him thinking about it. And what if that cry for help — if that’s what it was — had not occurred back in 2009?

‘I guess I would like to think that something else would have happened at that time to spark the change,’ he says, after a pause. ‘I certainly hope so anyway. Because had it not then things were only going one way.’

Out of the Darkness: My Story In Football is published by Pitch Publishing on Monday.