Leicester boss Brendan Rodgers was satisfied despite being unable to break down Brighton in the goalless draw at the King Power Stadium.

Rodgers’ side were indebted to goalkeeper Kasper Schmeichel for his first-half penalty save from Neal Maupay to deny Brighton what would have been another vital win.

Leicester have now won only two of their last 10 games as they look to seal a top-four finish in the Premier League, but Rodgers was pleased with elements of his team’s performance. 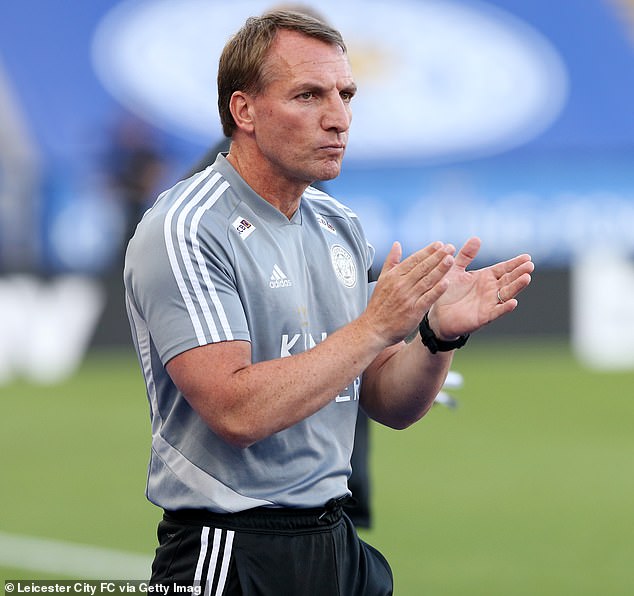 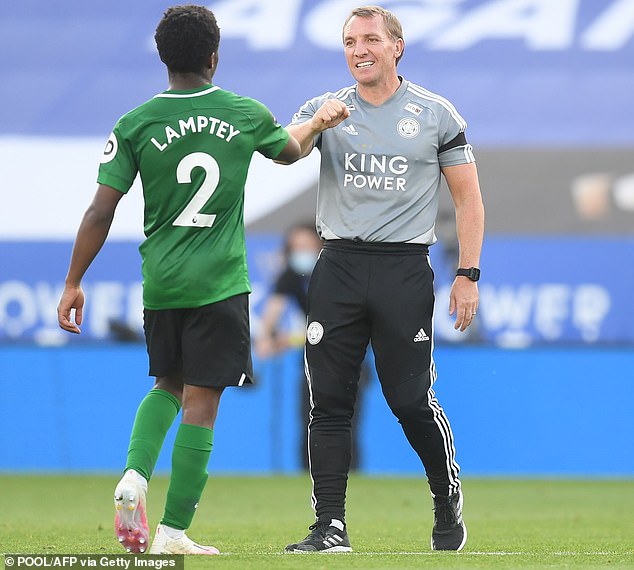 He told Sky Sports: ‘I didn’t think we were very good in the first half. We got into some good positions, but didn’t have very good movement off the ball. Kasper made a good stop from the penalty.

‘I thought second half we were much better. It felt like it was coming, but we didn’t quite make the final pass. A clean sheet, fitness was good and subs tried to make an impact and we didn’t concede so we’ll take a point.

‘We haven’t won the games, but we’ve showed a good mentality to not concede so much and hopefully after more training we can find the goals to get back to winning.’ 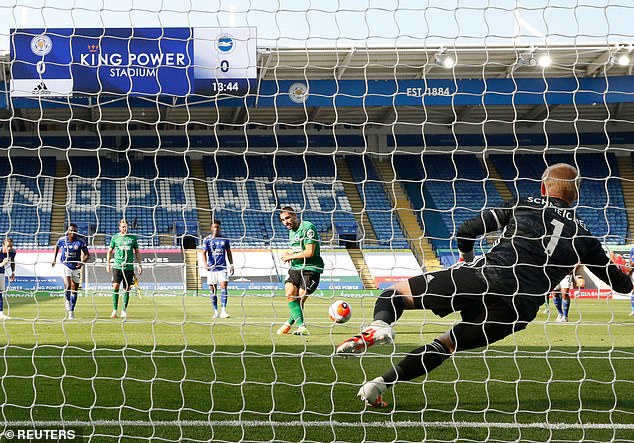 The big moment of the match came when Aaron Connolly chased a long pass forward by Aaron Mooy and was clumsily brought down by James Justin.

The Video Assistant Referee checked the penalty decision but referee Lee Mason’s award of the spot-kick stood, only for Schmeichel to save from Maupay.

It was a let off for Leicester but a poor penalty from the Brighton striker, with Schmeichel not needing to stretch or extend himself to keep it out.

Seagulls boss Graham Potter praised the fight of his side after they backed up Saturday’s 2-1 win over Arsenal. 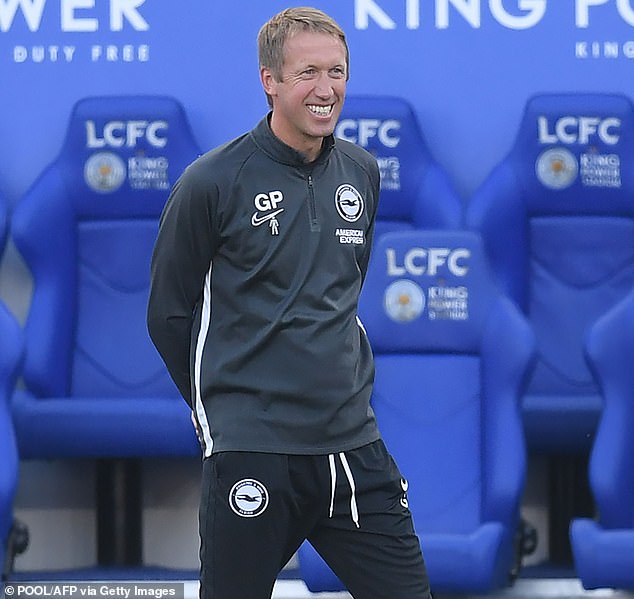 ‘Four points from two games is good, especially when you consider the opposition, but every game is tough,’ he said. ‘We have to fight for every single point.

‘To be able to stick together like they did and push until the end was fantastic. We had to defend more in the second half, but we were still OK.’