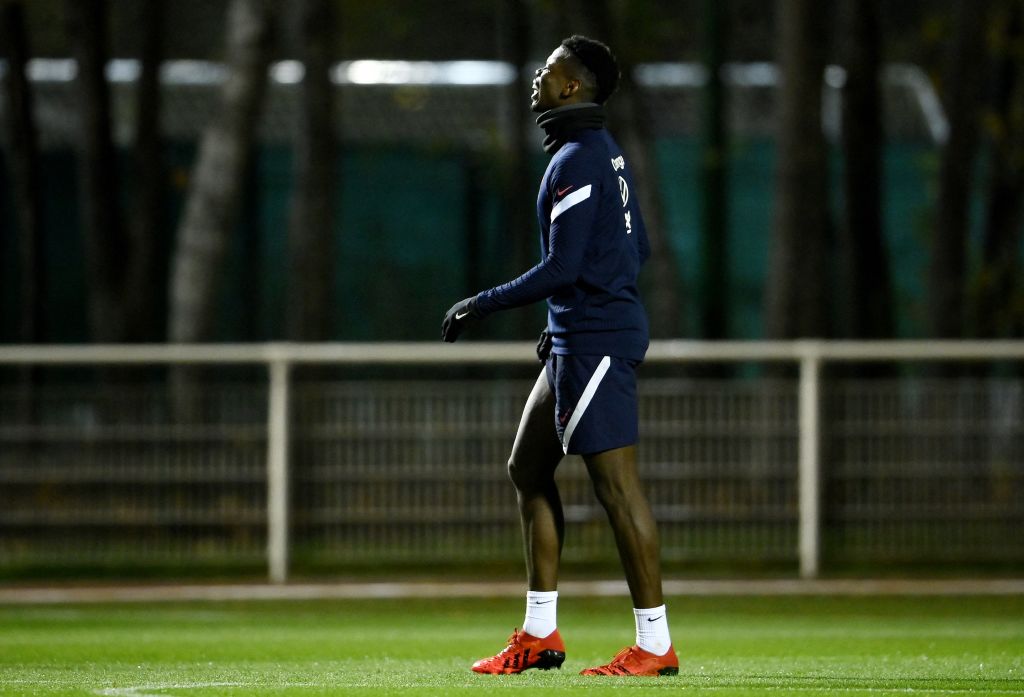 Paul Pogba has been ruled out of France’s upcoming World Cup qualifying matches after sustaining a thigh injury in training.

The Manchester United star pulled up during a shooting practice session on Monday evening and appeared in some discomfort as he hobbled off France’sClairefontaine training pitches accompanied by team physio Franck Le Gall.

The French Football Federation have since confirmed Pogba suffered a quadriceps injury in his right thigh and the 28-year-old is expected to return to his club for further treatment.

Roma’s Jordan Veretout, formerly of Aston Villa, has been called up as a replacement for the 2018 World Cup winner and could make his fifth appearance for the national team this weekend.

Pogba will therefore be unavailable against France’s Group D rivals Kazakhstan on Saturday night and Didier Deschamps will also be without the midfielder away to Finland next Tuesday.

The world champions sit three points clear of second-placed Ukraine at the top of the group and require just one point from their double-header to guarantee a spot at Qatar 2022.

The midfielder suffered a suspected thigh injury and has been replaced by Jordan Veretout in Didier Deschamps’ squad pic.twitter.com/4J4rOQOD52

Deschamps defended his decision to include ‘leader’ Pogba in his latest France squad, with the midfielder badly struggling for form at club level with Manchester United.

‘Paul in the French team is important. He is a leader,’ the France head coach told reporters.

‘It’s not the same situation at his club Manchester United.

‘Above that, he received a red card and was suspended for three games. But he is part of the list of players who arrive happy to be here, but with regret of what happens with his club.’

Ole Gunnar Solskjaer will be no doubt be sweating over the severity of Pogba’s injury ahead of a busy winter period for the Red Devils.

Just hours before Pogba pulled up in France training, Marcus Rashford withdrew from England’s squad due to an illness.

Rashford has returned to Manchester to work on his recovery and Arsenal’s Emile Smith Rowe was called up for the first time in place of the United forward.