Frank Lampard has warned his Chelsea youngsters that they will have to “suffer” to beat Bayern Munich on Tuesday night. The Chelsea managers’ youthful team face the biggest night of their careers against the five-time winners, in the first leg of their Champions League round of 16 tie.

Lampard, who captained Chelsea when they beat Bayern to win the trophy in 2012, said: “We’ve got players with Champions League experience in this group, as well as younger players in the early stages of their careers, particularly in the Champions League.

“Bayern Munich are an incredible side with the ball. They’ve got some really talented players who keep the ball and use the ball well. If we have to suffer, we have to suffer. That’s our job over the next two games.”

Lampard, whose team were boosted by Saturday’s 2-1 win over Tottenham at Stamford Bridge, called for his team to step up their levels even more on Tuesday night.

He said: “They have to understand why I keep talking about the levels going up, what the mindset levels are. A big part of my job tonight is to explain to the players that over two legs, we need to be at our maximum.

“We must make sure every box is ticked in both games. We can’t get caught up in game moments. I trust all the young players who have been part of the squad this year. That’s a huge part of what we do here. The reason I trust them is because of the way they play, the way they train. 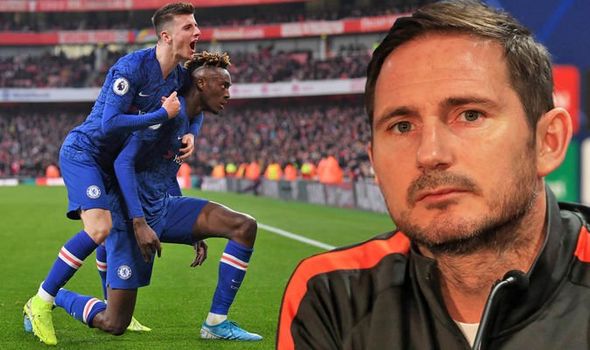 “I will speak to them. They’ve played big games but as I’ve mentioned before, it changes slightly when you get to the knockout stage. I’ll certainly speak to all of my players, particularly the younger players about what that means.”

Lampard will be without midfielder N’Golo Kante, and wingers Christian Pulisic and Callum Hudson-Odoi – but striker Tammy Abraham is fit.

German giants Bayern will arrive at Stamford Bridge on Tuesday night unbeaten in 11 games, with key striker Robert Lewandowksi having hit 32 goals this season alone. And in their last two trips to London they hit seven goals against Tottenham and five against Arsenal.

Chelsea have lost seven games at home in all competitions this season, but the win over Spurs will have boosted confidence.

Chelsea held a team meeting before they beat Tottenham on Saturday to thrash out the problems they had been having playing at home. 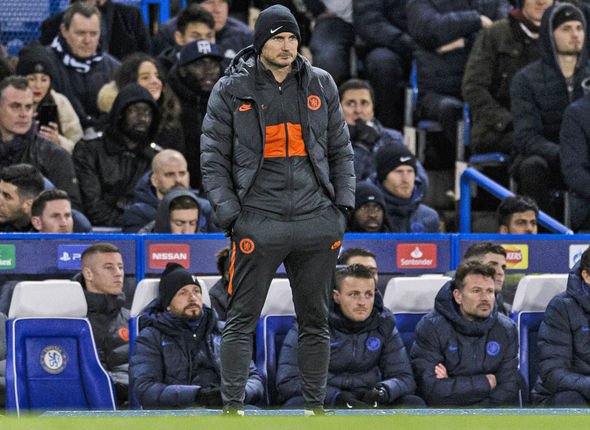 Lampard though, is adamant that those efforts against Tottenham will have to be raised another level tonight.

He said: “The reaction to the meeting, and the reaction against Tottenham, was spot on. What we can’t do now is forget what made us beat Tottenham and made us play so well at the weekend. We have to replicate that and more. That was a start for us on Saturday. We need to keep it going.

“I felt if you look at our recent form in the league, we were playing well. A lot of parts of our game are good but the important parts of the game, which is in the final third, scoring goals, finishing off what you’ve created and then making sure we don’t concede with absolute focus, were short.

“If you have 20 shots in a game and don’t score, and the other team have two and score, and that’s recurring, then that’s an issue.

“It felt like a mindset thing. If you’re not scoring, it can be a mixture of many things – confidence, something that’s slack, or how you prepare.

“It was about being honest. The beauty of the meeting was everyone felt the same. I’ve been in meetings where people can’t find the reason. But I’ve got a really good group. 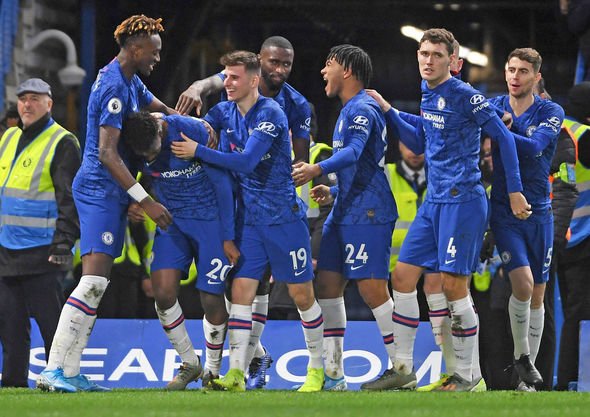 “The performance on Saturday was absolutely first class. Off the ball, and on the ball. But off the ball, is what you need against a team like Bayern Munich. The team are in a good place from the weekend. We’re feeling strong and focused.”

Chelsea skipper Cesar Azpilicueta was filmed going in with a two-footed tackle on his manager in training on Monday such was the intensity of their training. Lampard joked: “But we have to deliver. Deliver that attitude you saw in Azpi’s clip. That needs to be delivered tonight. Maybe not with two feet, obviously.”

Lampard added: “One thing is clear: your concentration and focus levels have to be absolutely top throughout both games. I like us to take risks in attacking areas, to try to create and score goals. But in terms of our defensive mindset from back to front, we have to be really on it. Defensively there is no risk taking.

”When you get to the knockout stages in the Champions League, against a team as good as Bayern, the levels have to go up everywhere.”

Lampard is expected to stick with the formation that did so well against Tottenham on Saturday, but a fit again Abraham is set to return to the team in place of Olivier Giroud – and Brazilian Willian could also return.

The Chelsea manager said: “There’s a tight turnaround. The effort put in against Tottenham in the London derby was huge so I have to assess that all the way up to the game.”