Chelsea were dealt a massive blow to their hopes of reaching the quarter-finals of the Champions League last night when they were beaten 3-0 by Bayern Munich at Stamford Bridge. However, Blues manager Frank Lampard has called on his squad to play with pride in the return leg next month.

Lampard saw his side struggle in the first half and a few key saves from goalkeeper Willy Caballero managed to keep the tie goalless going into the break.

However, Munich wasted little time to continue their pursuit of an away goal and they only had to wait a few minutes into the second-half before they grabbed a goal.

To add insult to injury it was former Arsenal youngster, Serge Gnabry, who scored a quick-fire double in the space of just four minutes, with both goals being assisted by Robert Lewandowski.

The Poland international then got on the scoresheet himself at the end of the game, when he was left with an easy tap-in off an Alphonso Davies’ cross. 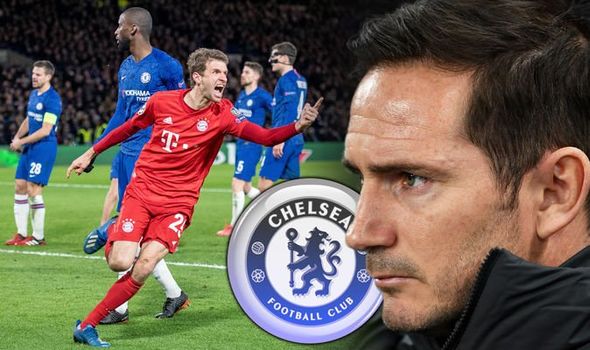 Chelsea now have four games to play before the return leg at the Allianz Arena next month, including an FA Cup fifth round tie against Liverpool.

However, Lampard has called on his players to look ahead and play with pride rather than reflect on Tuesday’s defeat.

“We have to play with pride,” Lampard said.

“We can’t think about the score too much. We have to show fight.

“In the bigger picture we saw there is a lot of quality in their team.

“There is a lot to them. But we can’t look back on anything.

“We are fighting for the top four and we have to go to Munich and show a lot of pride.

“I will keep working.” 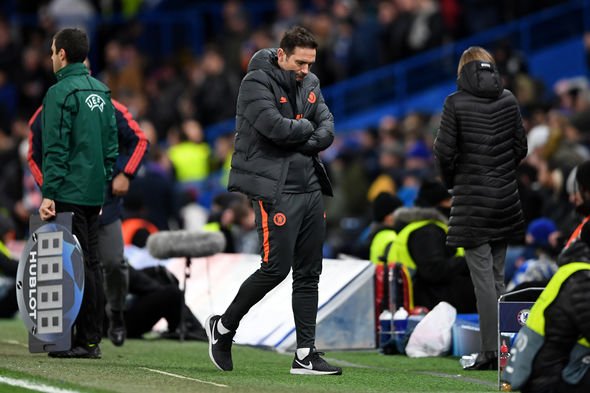 Lampard will be without Jorginho and Marcos Alonso for the second leg as both will be suspended for the match.

To the frustration of Lampard, Jorginho picked up a yellow card for dissent, while the Blues boss insisted he didn’t see Alonso’s altercation with Lewandowski.

Initially the Chelsea left-back was given a yellow for his challenge on the Munich striker, but the referee then looked at the incident on the pitch side monitor and gave the Spaniard a straight red.

“Jorginho is done by talking to the ref, which is unnecessary when you’re on a yellow card,” Lampard said.

“Marcos Alonso I haven’t seen yet and I will look at it, but they are out of the game so it’s an opportunity for someone else to come in.”

Salzburg vs Bayern Munich prediction: How will Champions League fixture play out tonight?