Chelsea midfielder Tiemoue Bakayoko has been told he has no future at Stamford Bridge. The £40million signing has spent the last two seasons out on loan.

Chelsea are desperately attempting to get Bakayoko off their books on a permanent basis to raise funds for their ambitious transfer plans.

The money from Eden Hazard’s mega-money switch to Real Madrid has been spent on Hakim Ziyech and Timo Werner, who were signed before the summer transfer window officially opened.

Kai Havertz is next in the shopping trolley while a goalkeeper, left-back and central defender is also on the agenda.

Chelsea were left disappointed by the return on their £40m investment in Bakayoko, who failed to get to grips with the pace of the Premier League following his move from Monaco in 2017. 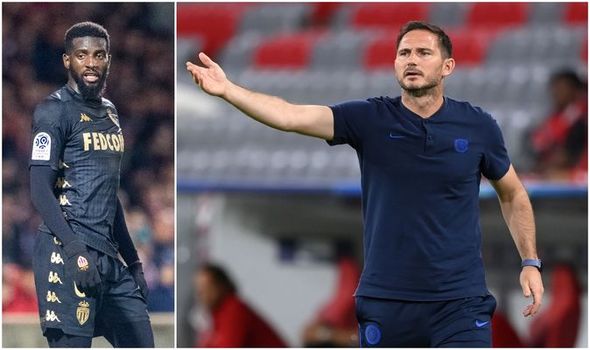 A loan switch to AC Milan in the following campaign followed but, despite a decent campaign, the Serie A giants opted against triggering a £32m permanent option.

Bakayoko has spent the current campaign back on loan at former club Monaco but they have also decided not to activate a permanent option.

Milan are back on the scene but are reluctant to spend big on the 25-year-old.

According to The Sun, Chelsea have slashed Bakayoko’s price in half to £20m in a bid to strike a deal.

The negotiations are likely to drag on, however, because Milan are lining up a £13.5m offer.

Bakayoko has no hope of breaking into Frank Lampard’s plans because five central midfielders are ahead of him in the pecking order – N’Golo Kante, Jorginho, Mateo Kovacic, Billy Gilmour and Ross Barkley.

The one-cap France international has two years left to run on his £100,000-a-week contract.

He is reportedly willing to accept a pay cut to force through a permanent exit from his nightmare spell at Chelsea.

‘Don’t give up this fight’: Joe Biden backs US women’s soccer team’s fight for equal pay

Gareth Southgate backs calls for research into football and dementia