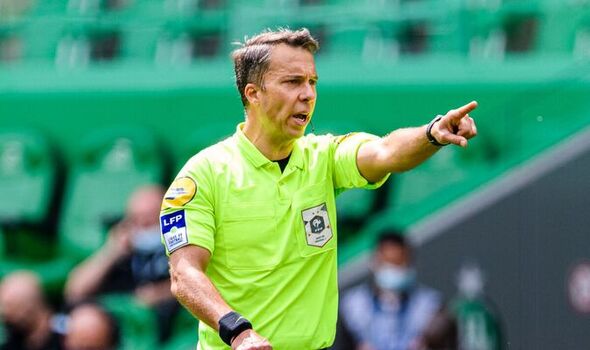 French referee Johan Hamel has passed away at the age of 42, the Union of Elite Football Referees (SAFE) has confirmed. The Ligue 1 official died as a result of a result of a stroke suffered during routine training exercises on Tuesday evening, just days after his final involvement in a football match as a professional match official.

Hamel took charge of his final match only 10 days ago on November 6 when Lille drew with Rennes in the French top flight. The Frenchman was also tasked with the whistle for Real Madrid’s 5-1 victory over Celtic earlier in the month in the Champions League.

Most recently, he had been in the VAR studio as a video referee analyst for PSG’s win over Auxerre at the Parc des Princes on Sunday.

His tragic death will come as a shock to colleagues, players and coaches alike after his sudden passing, with a statement from SAFE paying tribute to the referee.

It read: “Arbitration is in mourning. We learn of the death of our Colleague and Friend, Johan Hamel, Ligue 1 referee, at the age of 42

“To his Family, Relatives and Friends, the SAFE and the Arbitrators send their deepest condolences. Johan, we will miss you.”

Hamel had become one of France’s most experienced referees after taking charge of his first game in 2011, overseeing 135 Ligue 1 matches and 85 Ligue 2 games in total.

He was also the fourth official in Europa League and Europa Conference League games across the last three years.

He earned his status as an elite referee in his native France in 2016 after being promoted to the top flight and was rewarded with being handed Champions League matches to officiate.

Ligue 1 outfit Montpellier paid tribute to the late official and sent their condolences to his family after hearing of his death.

The club tweeted from their official account: “A big thought to the family of Johan Hamel, Montpellier HSC sends its most sincere condolences to his family, his friends, his relatives, as well as to the entire refereeing community.”

Other top French clubs including Metz, Lyon, Saint-Etienne and Lille also posted their own tributes to Hamel on social media on Wednesday, as well as a range of journalists and football figures.