Former Premier League striker Alan Smith has branded Manchester United’s drawn-out pursuit of Frenkie de Jong ‘humiliating’, raising questions on Erik ten Hag’s refusal to down tools on his pursuit of the Dutchman. The Red Devils’ summer has been dominated by the Barcelona midfielder, who could even rub salt in the wounds by joining Chelsea instead.

United’s De Jong chase has raged on for months on end, with the saga currently frozen due to a standoff between the player and Barca over millions of pounds in deferred wages. Red Devils fans had hoped for a summer of major transformation after spluttering to sixth in the Premier League last term, but the expected drama has failed to materialise.

So far Tyrell Malacia has arrived to provide competition for Luke Shaw, Lisandro Martinez to bolster the back-line and Christian Eriksen on a free transfer. Smith acknowledged that the debacle has tarnished United’s image and feels that Ten Hag’s confident approach may have been misjudged.

“It’s difficult to get your head around it,” he told Express Sport, in association with Sky Bet. “The player said he wants to stop at Barcelona and now there’s talk of, even if he were to leave, he’d like to go somewhere like Chelsea. 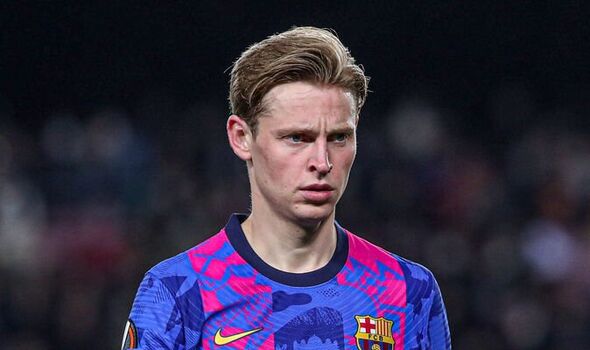 “It’s a bit humiliating for Man United. One of the biggest clubs in the world is not being treated in that fashion. What’s happening at Barcelona is another story altogether isn’t it, god knows. The money that they’re spending, trouble with registering players, the £17m that the club owe De Jong.

“It’s not normally difficult for United to convince a player that Old Trafford is the place to be, but things change. At the moment, compared to other clubs it’s not the place to be. Ten Hag may have been confident at the start but it’s not turned out that way.”

It remains to be seen whether Ten Hag persists with De Jong or decides to cut his losses and shift focus elsewhere. Lazio midfielder Sergej Milinkovic-Savic, Wolves star Ruben Neves and Portuguese maestro Renato Sanches have all been touted as back-up options, although the latter is reportedly poised to sign for Paris Saint-Germain.

As if the new United boss doesn’t have enough on his plate, he also has the high-profile matter of Cristiano Ronaldo’s future to deal with. The Portuguese asked to leave Old Trafford last month after they failed to qualify for the Champions League and Smith believes that his struggle to find a new club will create unrest in the dressing room. 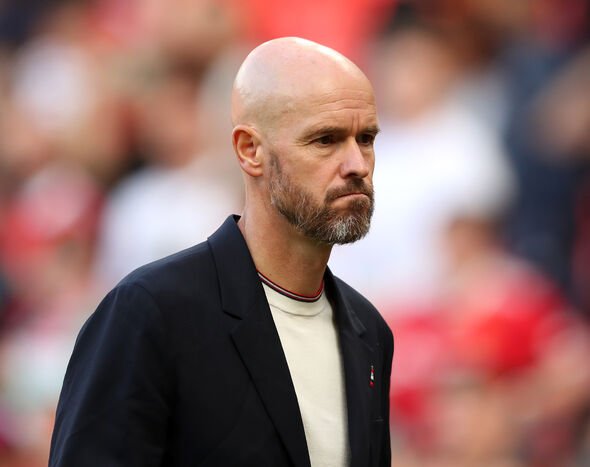 “It’s the worst possible start for Ten Hag, to have a player like that,” he added. “If a player wants away, not just a player but Ronaldo, I don’t know why you wouldn’t do your very best to help him out of the door.

“He walked off before the game ended the other day [against Rayo Vallecano]. All this stuff in pre-season is less than ideal. He’s a player on a vast salary, he’s the wrong side of 35 by quite a distance. You’re taking a chance to pay him a lot of money and a lot of clubs can’t afford that. There’s no resale value and that’s possibly a reason why he can’t find a club.”

The Sky Bet Fan Hope Survey asked fans from all 20 Premier League clubs to share their levels of optimism for the 2022/23 campaign on a scale of one-10 (one being not optimistic at all, 10 being very), with Arsenal fans scoring 6.9

Despite this topsy turvy start to life at the Emirates Stadium, Gunners fans are more than happy with the development Arteta is making, as a remarkable 88 per cent of fans believe the Spaniard is the right man to take the club forward.

Additionally, In terms of the club’s competitions this season, 59 per cent of fans see a top-four finish in the Premier League as more important than winning the Europa League.