Pierre-Emerick Aubameyang inspired Arsenal to a Premier League opening day victory at Fulham with Mikel Arteta’s side in red-hot form once again.

The Gunners started fast with Alexandre Lacazette prodding in from close range, with Brazilians Willian and Gabriel Magalhaes making their debuts.

The Gunners doubled their lead through Gabriel’s debut goal with an effort that bounced off his shoulder.

And captain Aubameyang made it 3-0 at Craven Cottage to ram home their superiority for a big win to start the new season.

Here are five things we learned from the lunchtime kick-off.

Arsenal started with new defender Gabriel at the heart of the defence and new forward Willian on the right of the front line.

Both were, in a word, excellent.

There was early moment of misunderstanding at the back where Gabriel was involved in what could have been a shock opener for Fulham, but in clearing his lines, defending aerial balls, playing out from the back and defending one-on-one, he was pretty much faultless.

This will be far from the toughest test he’ll face in the Premier League, but he came through his debut with plenty of positives – and a scruffy goal, too, shouldering in from a corner.

As for Willian, he was everything we already knew he was: direct, excellent in link play, dangerous on set-pieces and immensely intelligent with movement. Expensive, as far as free transfers go, but another 25 of these performances and Arteta will claim he’s a bargain.

On the ball, there was much to admire about Fulham’s play. It was largely as they approached Championship games: a patient build-up from the back, playing through the thirds and looking to get men down the flanks.

At times it brought them within sight of Arsenal’s penalty box, without too often really troubling Bernd Leno, but it also exposed a few limitations.

There wasn’t much subtlety about their approach, for all the neat passing – too much was in front of Arsenal’s back line and the tempo wasn’t high enough to unsettle a line of five once the wing-backs were in place.

Scott Parker will know they’ll have easier overall games than facing the Gunners, but these periods of having possession and not doing much with it won’t make it any easier to take points against teams like Burnley, Palace or West Ham when they can all be well-organised at the back.

Defensively, too, Fulham looked very much the part of a newly promoted outfit, so more work is required in that regard, particularly in the centre of defence where Michael Hector was woeful in positioning and decision-making.

As the goals went in, Fulham sat off more and looked more ragged – this was a steep learning curve.

Leno gets the nod

It appears certain, now, that Emiliano Martinez’s Arsenal career is coming to a close.

Despite a strong run of form at the end of last season and a big helping hand in winning the FA Cup, Mikel Arteta has reverted to Bernd Leno as his No. 1 and Martinez made it perfectly clear he wanted to be No. 1 somewhere this term – so let the bidding begin, if it hasn’t already.

Leno put in wildly fluctuating form at times last term, but when he played well his willingness to take a high starting position, play out from the back and show his athleticism to make improbable saves made him an important part of the team.

That’s clearly what Arteta wants on a regular basis, more than Martinez’s safe handling, reliability and determination to prove himself.

It would be remiss of Gunners fans to think they’re en route to the top four just based on a win over a team likely to be fighting all season along against the drop.

Similarly, they should be optimistic over the consistency in performance, shape, tactical understanding between players and overall direction the club is heading under Arteta.

It’s notable they played the same way here as against Man City in the cup last term, against Liverpool in the Community Shield – there’s a style, which will be used on the ball regardless of opponent, albeit in a more aggressive way such as here or with a more defensive initial outlook against the better sides.

That bodes well for longer-term planning as well as Arteta’s coaching style, as Arsenal look to climb back among the challengers. 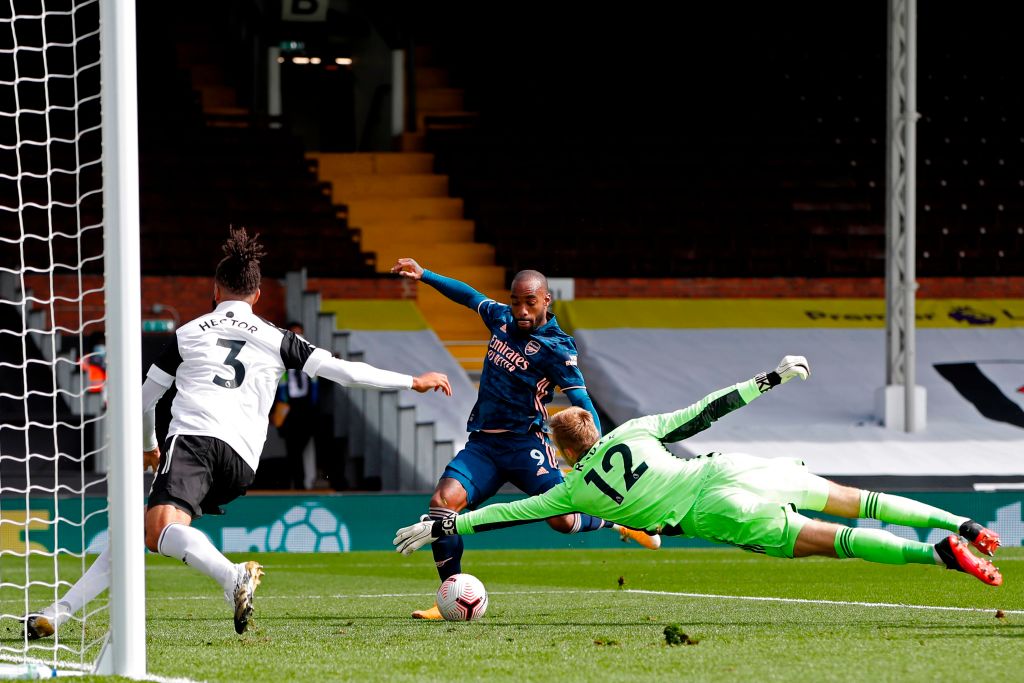 Improvements and settling in

Style aside, Fulham could have different personnel in place for their future games.

Alphonse Areola has been signed in goal, Mario Lemina could come into midfield with top-flight experience, Aleksandr Mitrovic didn’t start in attack – and more new signings could follow, of course.

Fulham do need to pick up points as quickly as possible and despite the window being open for some time to come, one or two new transfers into the squad quickly could make all the difference.

Their start to the season isn’t the most awful, in terms of facing all the top sides, so it’s important to capitalise on any chances which come their way to clock up the wins. Work to do lies ahead.