‘We know what real football is, we play for the physios, the kitchen staff, the cleaners’: Darnell Furlong says West Brom won’t surrender in their Premier League relegation battle with the Baggies’ issues far removed from European Super League shambles

It’s been an uncomfortable week for football but some people at least are able to see the bigger picture, to peer beyond the self-interest that seems to shroud the modern game.

As the Premier League’s big clubs try to save face following the collapse of the European Super League, further down the food chain the struggle is more real. 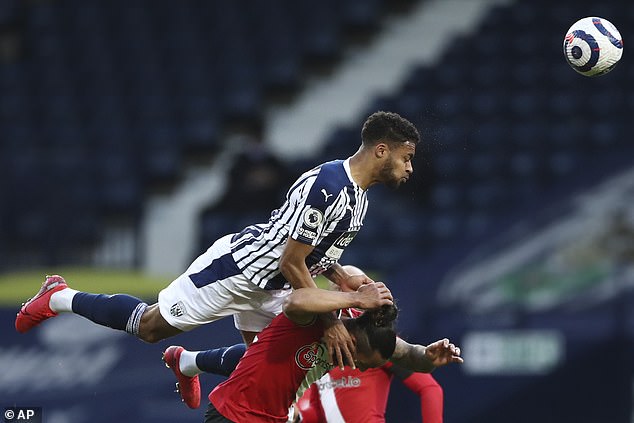 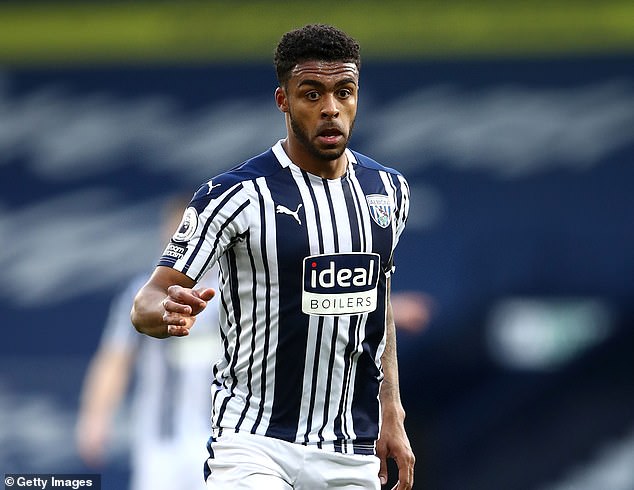 But a third victory against FA Cup finalists Leicester on Thursday night may be required if the club really are to think seriously about a way out.

West Brom’s players have not given up. Equally, they know failure to survive will not only impact their own careers but threaten the very livelihood of people who work at the club.

Right-back Darnell Furlong told Sportsmail this week: ‘We know what real football is about, what it means to fans and community. There is history here and we see people who count on us every single day. We can’t do our jobs without them.

‘That’s everyone at the training ground. Physios, the kitchen staff, cleaning staff.

‘We are playing for them every weekend. 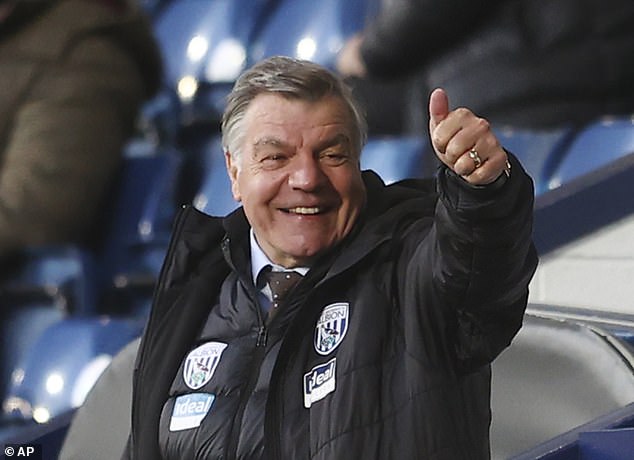 ‘We don’t think of it as just 25 players. We are playing for everyone so that’s just added motivation.

‘We will do all we can to stay up and I think we can. Things have clicked on the field recently.’

Furlong comes from a football family. His father Paul was a centre forward for, among others, Chelsea, Birmingham and QPR and is currently an academy coach at Loftus Road.

Darnell came through the ranks at QPR, making more than 60 league appearances before leaving for West Brom in July 2019.

This season he has impressed but relegation would be a huge blow for a bright, personable 25-year-old.

‘We have never stopped believing in the dressing room even though I can totally understand why everybody else has,’ he smiled.

‘I know people would say the Chelsea result was a fluke. So we followed it up. We could have scored five against Southampton, too.

‘We need to do that again now. Leicester are a great side with talented players but they are coming out of a big game. We are confident.’

Furlong’s childhood was free of pressure. Dad Paul did not place any strain on his son to follow his path while his mother Anna forbade father from son from practicing in the back garden in case they damaged the flower beds.

Nevertheless Furlong was proud of his father and remains thankful for the decision taken by him when a QPR academy boy was racially abused by an opponent during a game in Seville in August 2019. 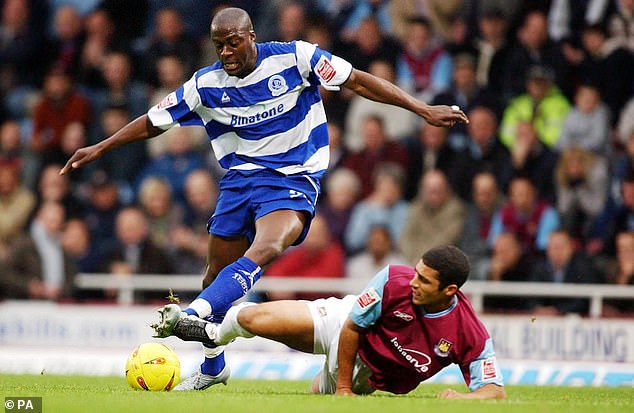 Darnell’s dad is the former striker Paul Furlong (left), who played for QPR, Chelsea and Birmingham among others in a career encompassing over 700 league games

‘He was the coach and took the team off the field. I don’t blame him,’ said Furlong.

‘It kind of got a tick and that was it. More should have come of it.’

Furlong’s career so far has been largely free of such incidents. But he has seen what racism does to team-mates and he worries about what the next tragic development could be.

He also knows what it was like in his dad’s day and believes current players owe it to previous generations not to give up the fight now.

‘We have had a few lads in our dressing room who have suffered it and it’s hard for them to deal with and is hard for us as team mates to see them suffer,’ he said. 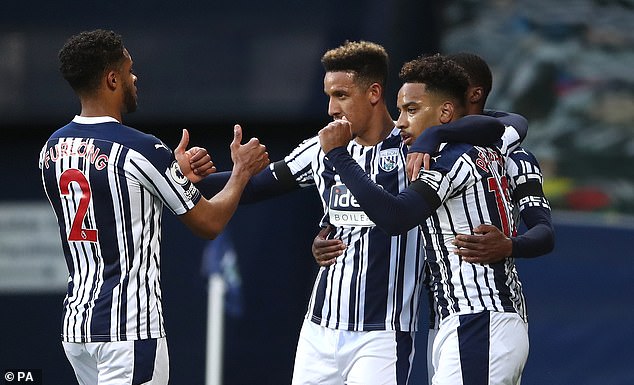 ‘I know it could be me next week, my turn.

‘I think players back in the day did feel that it was a hopeless case and nothing could be done.

‘It is heart breaking to think that is how it was back then.

‘So we owe those older players who put up with it not to give up now.

‘And who knows what this could cause in a player one day? Mental health is a big issue.

‘Imagine if racism caused something terrible to happen to a player when we had come so far but just given up. There is no way we can turn our shoulders now.’ 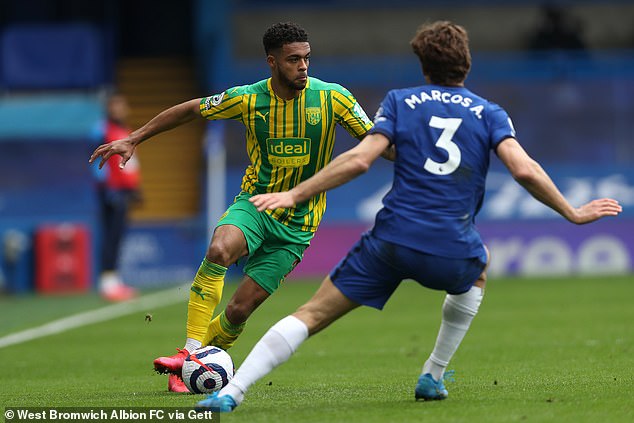 ‘It doesn’t help when football gets it wrong does it?’ he said.

‘How has he received a lesser ban than the ones players get for betting?

‘It just sends out the wrong message.’

Furlong is the type of young player who has views on matters beyond his immediate focus and he values every second of his career.

It was almost taken away from him before it started when an accident as a young boy saw him rushed to hospital after a pool cue caught his eye.

‘I still don’t know what happened really,’ he said.

‘We were just kids messing in the garden. They saved my sight at the hospital, though.’ 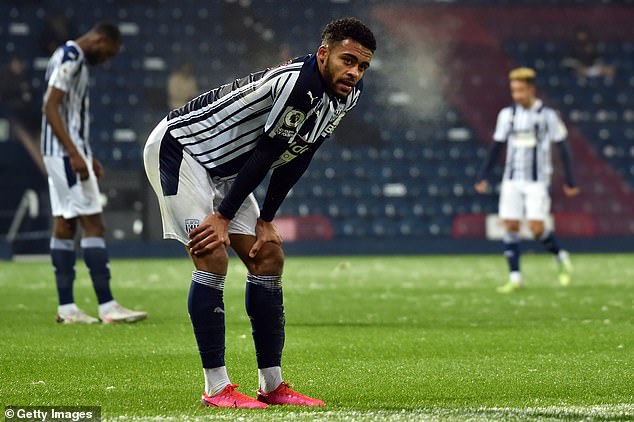 He has the date of that mishap tattooed on his arm. It signals the start of a second chance. Whether West Brom get one in the Premier League remains to be seen.

‘When the new manager arrived in December we had a difficult spell but that is what can happen when you are asked to play a new style,’ he reflected.

‘You can get confused and it takes a while to acclimatise to what he wants.

‘It took us a while to get used to it but the penny has dropped.

‘Who knows what can happen from here? In recent weeks our chances have sky rocketed. We think we can do it.’

Scott: It's 'another missed opportunity' for Barkley after going off

Odion Ighalo ‘will give blood’ to succeed at Manchester United