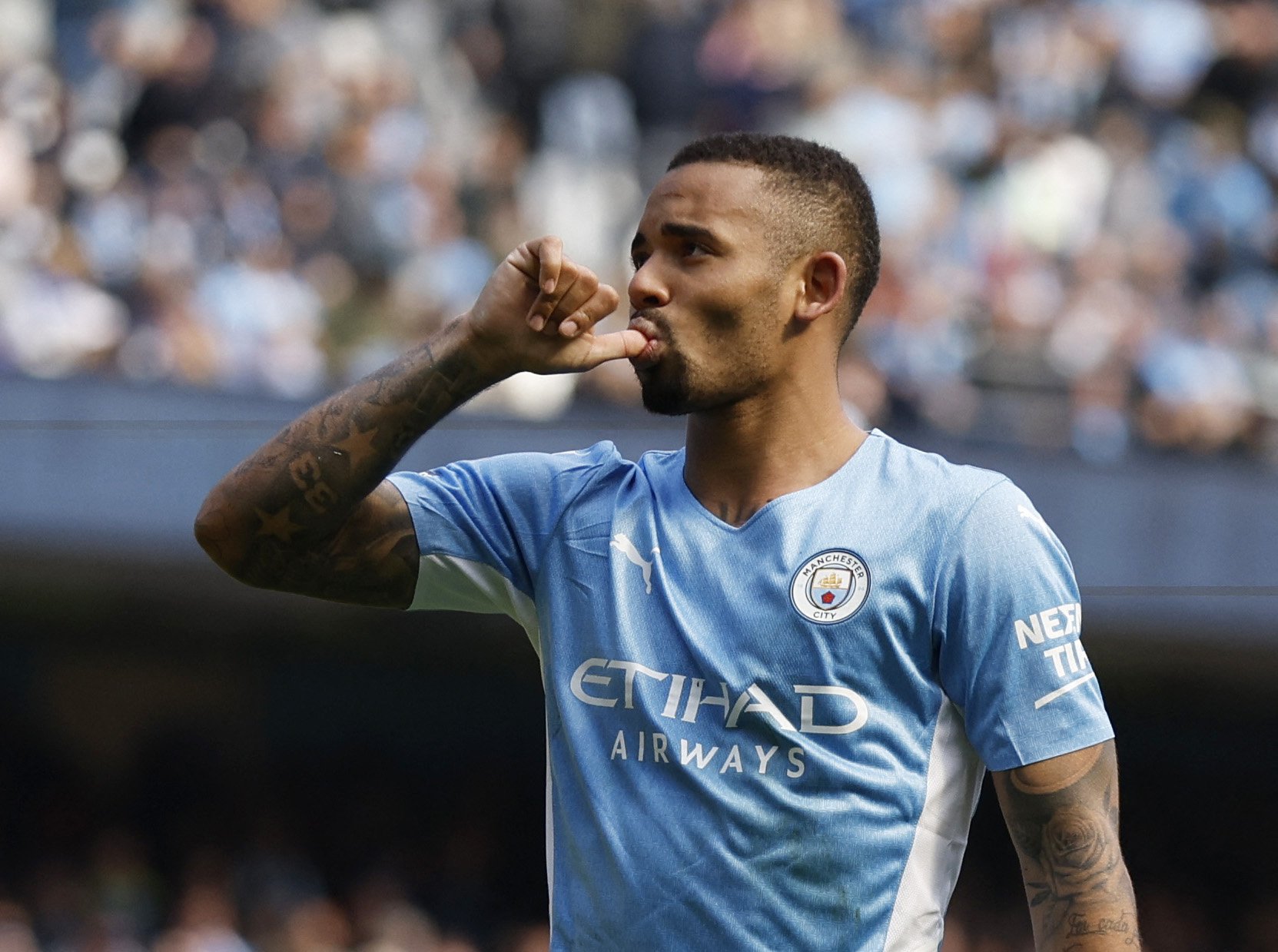 Gabriel Jesus insists he will not be distracted by speculation regarding his future after Arsenal made an approach to sign the Manchester City forward.

The 25-year-old has struggled for playing time this season, starting just 17 times in the Premier League and just once in the Champions League so far.

Arsenal, meanwhile, are searching for a new leading striker after failing to replace Pierre-Emerick Aubameyang in the January transfer window and have already made a move for Jesus.

Reports have claimed that Arsenal have held talks with the Brazil international’s representatives and the forward is open to joining Mikel Arteta’s side this summer.

But after scoring four of City’s goals in their 5-1 win over Watford on Saturday, Jesus is adamant that his only focus is to finish the campaign on a high.

‘Not time to think about this,’ said Jesus.

‘You expect me to say this and it’s true. Not time to think about this, now is the best moment of the season.

‘I want to enjoy it, keep focussed on my teammates to fight for the Premier League. I’ve won with my teammates three times already so I know how it feels and I want to again.

‘We have a tough game on Tuesday against Real Madrid, a tough opponent. That’s my focus.’

‘I want to tell you something, Gabriel is our player. I don’t know what is going to happen but he is a Manchester City player,’ said Guardiola.

‘But Gabriel doesn’t need to do a performance like today to score four goals to know exactly what he can do. Against Liverpool in the FA Cup, he had two clear chances man to man and he missed them, but always he is there, and Gabriel has this incredible ability because he is always thinking what is the best for the team.

‘And personally, when he has nights like this I am the happiest man in the world because always he’s there.

‘If he doesn’t play he’s there training the day after like it’s his last day, that’s why he will have a long career, he will have a successful career because of the incredible positivity in his mind and thinks for the team.’

Mesut Ozil and Arsenal reach agreement to terminate his contract