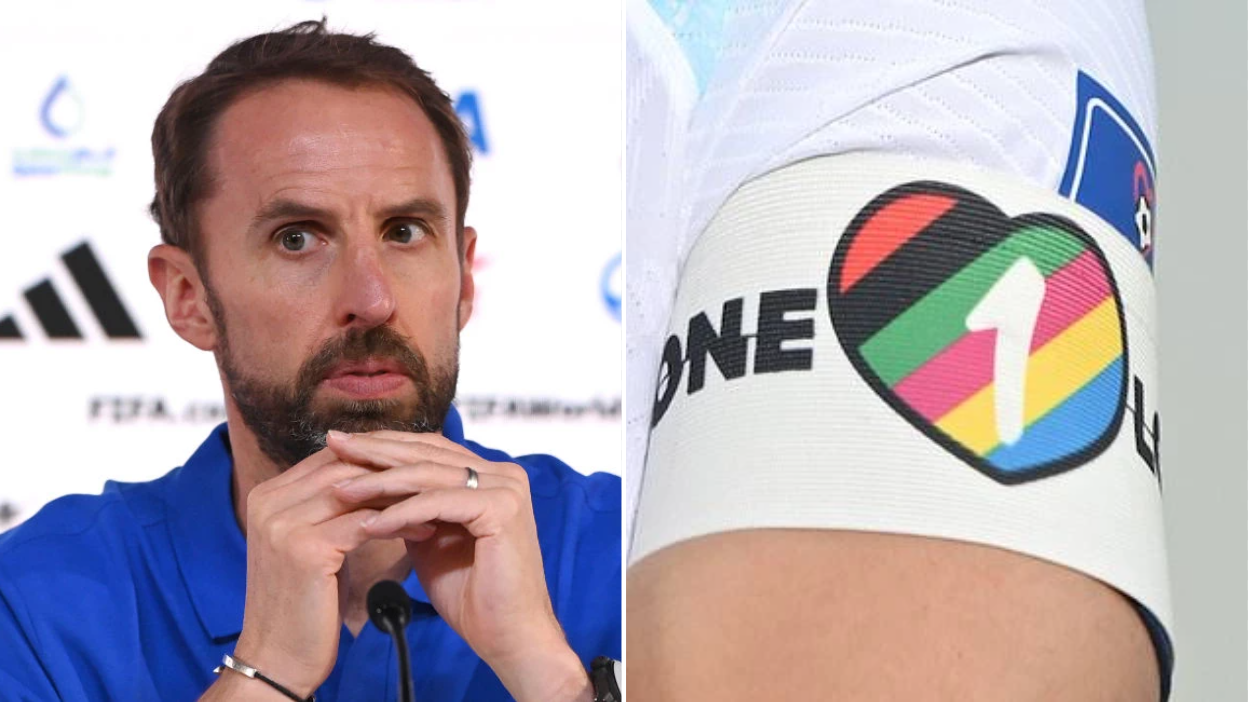 England boss Gareth Southgate says the decision not to wear the OneLove rainbow armband was made by the federations – not the players – and insists he is only focused on facing Iran.

Harry Kane had been due to wear the armband as a mark of solidarity with the LGBTQ+ community, who face imprisonment in Qatar for their sexuality.

However, England and six other participating nations announced this morning that they would no longer wear the armbands through fears of FIFA sanctions.

Asked which armband Kane will be wearing, and why the topic was so important to the squad, Southgate told the BBC shortly before kick-off against Iran: ‘Well a lot of discussions have been going on without me involved because I’ve been focused on the game.

‘We’re wearing the FIFA armband, that was decided by the collective federations overnight I believe.

‘We are in the middle of that. We’re just trying to focus on the game, frankly.’

FIFA threatened to immediately give a yellow card to any players wearing the armband, as the message it displays is considered ‘political’.

A joint statement from the participating football associations made clear their disappointment over the threat but made clear they could no longer commit to wearing the armbands.

‘FIFA has been very clear that it will impose sporting sanctions if our captains wear the armbands on the field of play,’ a statement read.