England boss Gareth Southgate has selected Ben White to replace Trent Alexander-Arnold in his 26-man squad for the upcoming European Championships. The Brighton and Hove Albion defender was chosen ahead of the likes of Southampton midfielder James Ward-Prowse and Manchester United’s Jesse Lingard, who was expected by many to be given the nod after a hugely impressive loan spell at West Ham United.

However, the 28-year-old was snubbed once again in favour of White after initially being left out of the squad that was announced on Tuesday.

The Brighton man impressed during England’s warm-up fixtures against Austria and Romania and has been rewarded for his efforts with a place in the group.

The uncertainty over Harry Maguire’s fitness may have also contributed to Southgate’s decision, with the United skipper a doubt for Sunday’s opening Group D match against Croatia at Wembley Stadium.

He missed the final two weeks of the Premier League campaign with a troublesome ankle injury and is battling to achieve full fitness ahead of this summer’s tournament.

Southgate confirmed that White would be in contention to replace any injured players in the squad earlier this month, along with the others cut from England’s provisional 33-man group.

JUST IN: Six players Southgate must start and drop vs Croatia after England win 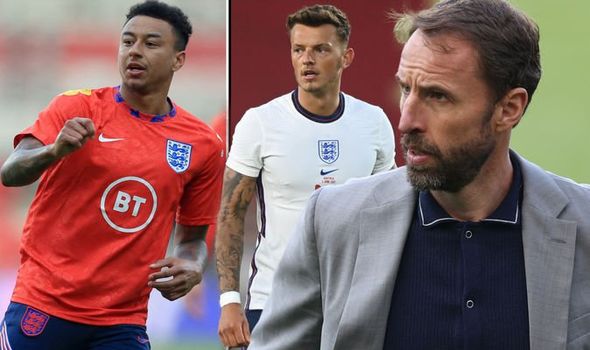 “Basically all the players that are here will be on that standby list,” the Three Lions boss told a press conference. “So Ben Godfrey, Ben White, Aaron Ramsdale, James Ward-Prowse, Jesse Lingard and Ollie Watkins, they will be the standby players.

“So if we have any injuries then one of them will come in. We can only change the squad on the basis of injuries and obviously those guys will be training with us and will be involved in the matches as well.

“I think that is important to get them into the games, not only because we feel if we have an issue they need to be ready. But they deserve it, their commitment to stay with the group, the respect for their team mates to want to be here, shows what playing for England means to this group of players.”

The inclusion of White bolsters England’s defensive ranks in the absence of Alexander-Arnold and provides additional versatility, with the Brighton centre-back able to do a job in midfield when required.

Pep Guardiola on Sergio Aguero: What a goal, what a player, what a man