Manchester United legend Gary Neville admitted he is concerned about his former club’s lack of transfer activity as their Premier League rivals are getting stronger. United are set to welcome Donny van de Beek into the squad as their first signing of the summer transfer window following a £40million deal with Ajax.

Van de Beek poses as a superb recruit for Ole Gunnar Solskjaer’s side but the likes of Manchester City, Arsenal, Liverpool and especially Chelsea have been a lot more active in the past few weeks.

City, on the other hand, have brought in Nathan Ake and Ferran Torres from Bournemouth and Valencia respectively and could set the world alight with Barcelona megastar Lionel Messi, who is reportedly keen on reuniting with Pep Guardiola.

None of them, though, have been as busy as Chelsea who have already landed the likes of Timo Werner, Hakim Ziyech, Thiago Silva, Ben Chilwell as well as Malang Sarr and appear to be close to signing Kai Havertz from Bayer Leverkusen.

JUST IN: Thomas Partey keen to join Arsenal but has one demand that could damage Gunners’ plans 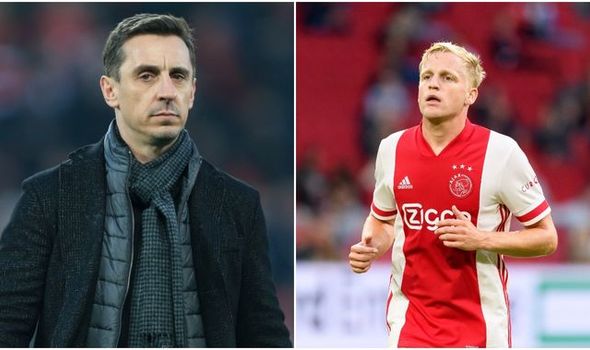 Neville admits this is a “frustrating” time for United, who have spent a large chunk of the summer transfer window haggling with Borussia Dortmund over Jadon Sancho.

The footballer-turned-pundit, though, is pleased that the Manchester giants haven’t been impulsive like they were in previous years, which led to a number of panic buys.

Neville said: “I think there are definitely four or five players required and to not get three.

“I think it would be a problem because of what the other clubs are doing. 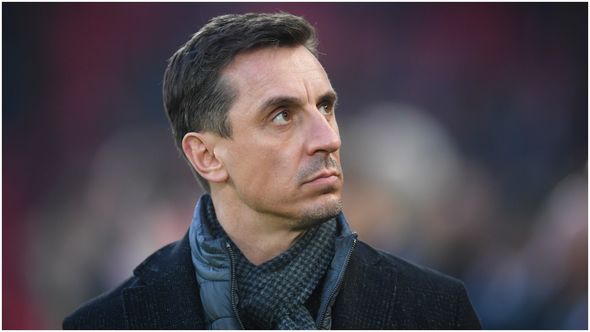 “If Liverpool get Thiago, if Manchester City do what they are looking like they are going to do and with Chelsea doing what they’ve done, they are your competitors and they all look like they are improving and moving forward.

“So, United have to do business but I do believe more in the strategy of what’s happening, they just have to get the deals over the line.

“That’s not always easy but they have to try and do it quickly to give Ole the time to build to get this team moulded for the start of the season.

“It’s frustrating at the moment, as a United fan, that the club haven’t done their business earlier.

“So, you have to be sensible. If the deals aren’t there to do, you don’t do them, but there’s definitely that tension building, particularly on social media.

“Why has Jadon Sancho not signed? Why have we not got Thiago Alcantara?

“Why haven’t we got whoever it might be that’s gone to another club?”