Gary Neville claims Bruno Fernandes and Paul Pogba should be given until Christmas before it’s decided whether they can play together as a midfield duo for Manchester United. The Sky Sports pundit believes the duo can still come good as a double act under Ole Gunnar Solskjaer, despite Pogba’s absence from the starting XI.

Fernandes has taken centre stage at United since arriving in the January transfer window and the Portuguese even wore the captain’s armband in the 2-1 win at Paris Saint-Germain.

Meanwhile, Pogba has struggled for a regular run in the side following his return from injury and Jamie Carragher has questioned where he fits in at Old Trafford following Fernandes’ arrival.

Yet Neville remains adamant Solskjaer can get the best from them both but he wants to see some signs of improvement by the end of the year. 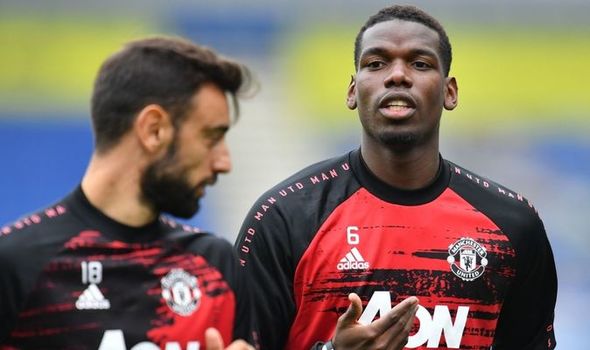 Carragher then challenged Neville: “They’ve got discipline, these players have won leagues, they won leagues before Pep Guardiola got there. Raheem Sterling is an amazing player?

“[Sterling] wasn’t as good as when Guardiola got there as he has been since.”

Before Neville responded: “My point is, they’ve only had six months and part of that has been in lockdown.

Neville then added: “Ole’s had six months to try and get Pogba and Fernandes together. 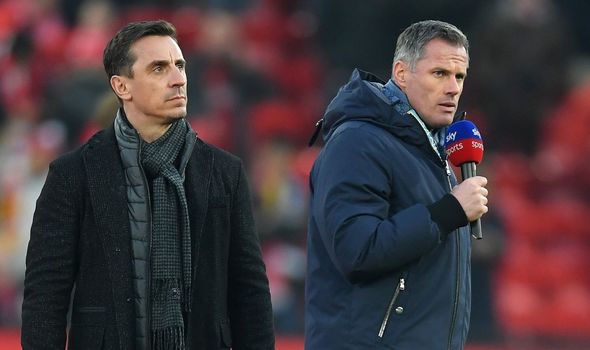 “I don’t think they’ve actually been in a position whereby they can actually play together that much.

“I don’t think we should be writing it off today. At Christmas time, if Manchester United’s results don’t improve with them both in the team, I would say fair enough.”

Fred and Scott McTominay are currently keeping Pogba out of the side but the Frenchman is still part of Solskjaer’s plans.

There remains huge doubt in regards to Donny van de Beek though, who is yet to start a Premier League match following his arrival from Ajax this summer.