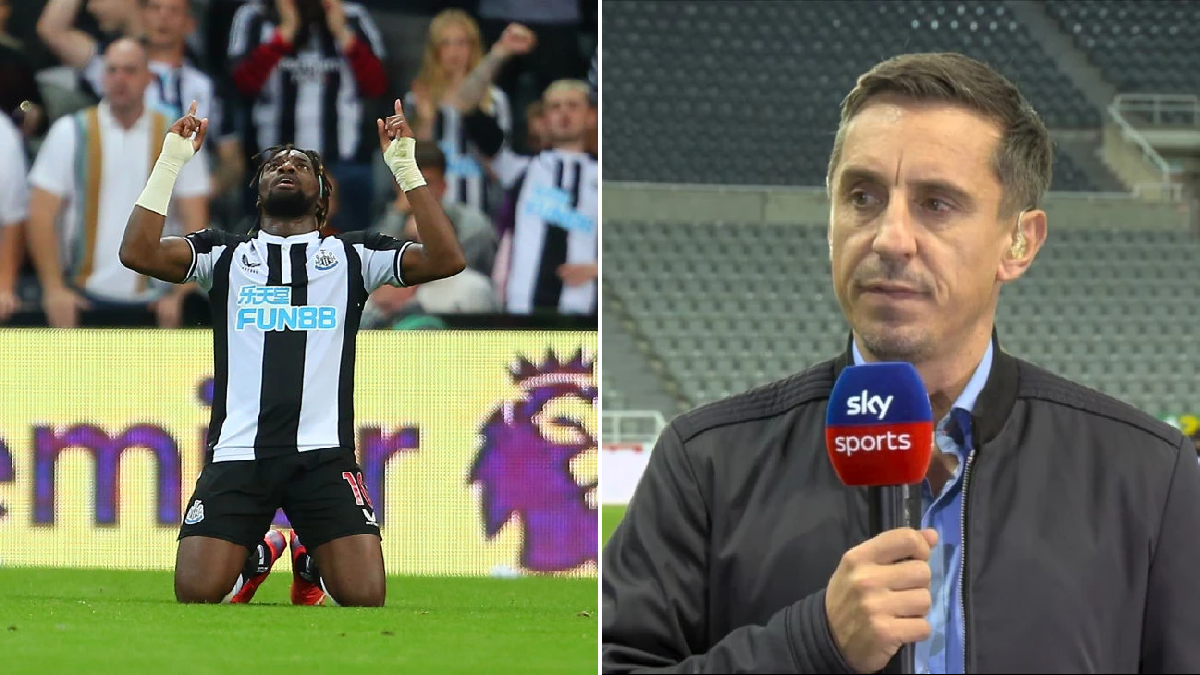 Newcastle United winger Allan Saint-Maximin was ‘breathtaking’ in the 1-1 draw against Leeds United, according to Gary Neville.

The result leaves both sides still searching for their first win of the season, and at the wrong end of the table, but Neville said Newcastle fans could be boosted by the performance of their talented winger.

‘What was incredible was we came down here [by the touchline] to watch him [Allan Saint-Maximin] at eye level,’ the former Manchester United and England defender told Sky Sports.

‘To see his speed, his movement, it’s absolutely breathtaking. We were defenders in the Premier League and played against lots of good players.

‘But every team now has three or four players who are unpredictable and brilliant, he’s breathtaking.

‘If this was any other club you’d think the manager is getting the best out of Saint-Maximin. He plays with freedom and expression.

‘It was really hard to start the game 1-0 down against Leeds because they are a tough team. I think we showed a lot of quality and character to come back into the game.

‘We had a lot of chances to make it 2-1 but it didn’t happen and all the players are really disappointed. A game like this is much better than against a team that just stays in defence.

‘It is really good for me, but I’m disappointed tonight because it was most important to help the team win and we drew.

‘We knew we needed a win to start the season, so we just have to keep going and work hard.’