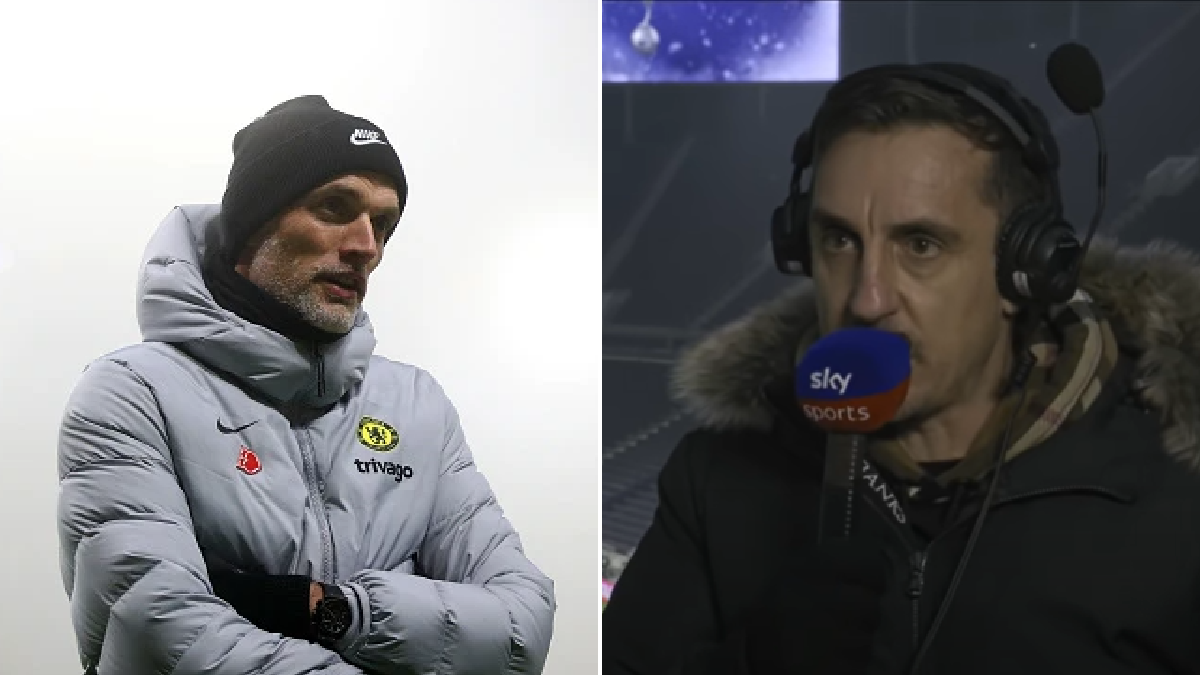 Gary Neville says he would ‘hate to think’ Thomas Tuchel is under pressure at Chelsea but admits the German manager will be a ‘little bit worried’ by his team’s recent wobble.

Neville told Sky Sports: ‘I think he’s got enough credit in the bank.

‘I know it’s a club that does things very differently, but I’d hate to think that Thomas Tuchel is under pressure and they’re thinking of making a change, I can’t believe that to be the case.

‘I think he’ll be a little bit worried. I think mentally when you try to get a game called off and you’re then told to play it, I can’t think that will help the mindset in that game.

‘I know they didn’t have a full bench, and we’ll have to ask later why more young players couldn’t come onto it, but it was a strong Chelsea team.’

Robert Pires reveals Gary Neville would 'insult me all the time'