Manchester United boss Ole Gunnar Solskjaer must consider tweaking the team’s formation to get the best out of Paul Pogba and Bruno Fernandes. That is according to club legend Gary Neville.

Pogba and Fernandes last started together in United’s 6-1 defeat to Tottenham.

In the three games since, Pogba has been named on the bench by Solskjaer, who has opted to play the midfield trio of Fernandes, Fred and Scott McTominay.

Together the three players are unbeaten in the nine games that they have started together under Solskjaer which has led to the suggestion there is no place for Pogba in the team.

But leaving the club-record signing on the bench alongside summer signing Donny van de Beek means there is £125million worth of talent unused. 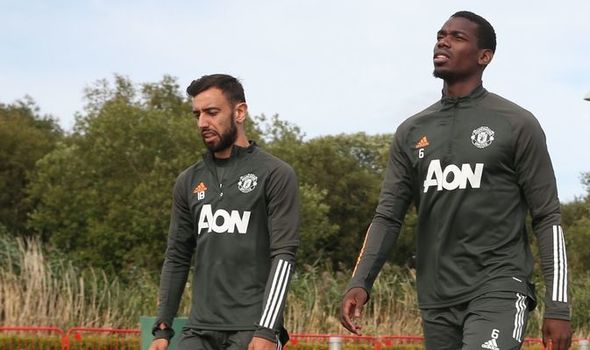 When Pogba and Fernandes have played together it has been with the latter in the No 10 role and the former in a deeper position.

But Neville feels Solskjaer should look at how Manchester City boss Pep Guardiola got the best out of Kevin de Bruyne and David Silva and do the same with Pogba and Fernandes.

“For me, I’ve never understood why Ole hasn’t tried – maybe he’s looked at it in training and he doesn’t like it – why he hasn’t tried one sitter with Pogba and Fernandes in front,” Neville said on Monday Night Football. 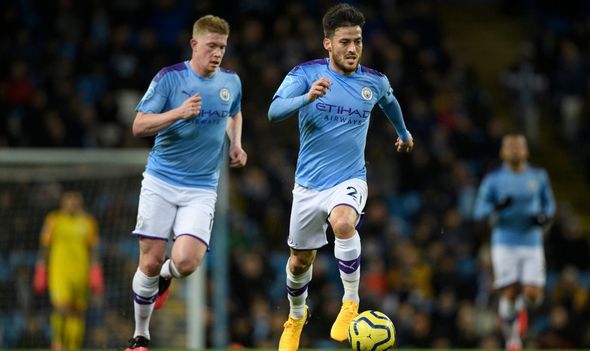 “That’s the only system I can see where it would be obvious where you could get those two into a position.

“More often than not, Ole’s played Matic and Pogba sitting alongside each other with Fernandes in front.

“Pogba can’t play there well because I think in that position you do need to be disciplined.

“But I think with a one and a two you can have a bit more freedom to run forward.

F1 2021 driver line-up: Who has seat for next year confirmed?

“I think it’s a problem when you’ve got £150million worth of midfield players on the bench.

“You’ve got a player who’s won the World Cup, he’s been dominant in Europe with Juventus, he’s Manchester United’s record signing and yet he can’t get in the team at the moment.

“Me and Patrice Evra disagreed before the game on Saturday. Patrice was disappointed with the team that was selected because he felt Manchester United were rotating and weren’t playing their strongest team.

“I think that Ole on Saturday thought that was the strongest team.”