Euro 2020: Neuer to use Wembley crowd as motivation

The Germany goalkeeper insists Joachim Loew’s side will be energised not cowed by the atmosphere of a stadium that holds good recent memories for them.

And in what he anticipates will be another “classic” Euro encounter, he predicted another night of heartache for their hosts.

“We are all looking forward to this match in the last 16, a classic situation in football.

“Germany against England in Wembley, this historic stadium and it is something special for us.

“We are very motivated and we are very much looking forward to the match.

“England have great individual qualities, they are great team, and they’re defending very well and in attack. 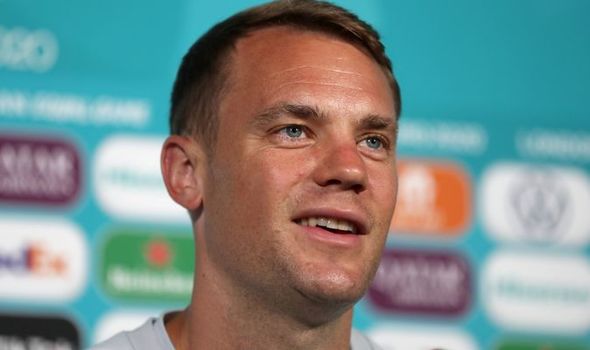 “So yes, we are convinced about the quality of the England side.

“But we are confident and we have to show that belief like we have done before.”

England have gone seven matches without beating Germany at Wembley an unwanted record stretching back to 1975.

The toughest defeat came in the semi-final in Euro ’96 in which England manager Gareth Southgate missed a penalty.

Yet Neuer believes keeping Harry Kane quiet could be the key to adding to that record despite the England captain’s quiet tournament to date.

“Look at Harry Kane at the level that he plays,” said the Germany stopper.

“He can score goals out of every situation.

“This is his skills, his qualities. He has all of them.

“He is both-footed, is very good in the air. He can protect the ball very well.

“So, special measures? Of course we have to be focused.

“So they have a lot of strong offensive players, attacking players with Jadon Sancho as well and Rashford, all these young talents.”

Manager Loew confirmed that he was sweating on the fitness of three players.

Ilkay Gundogan is suffering from a bruise on his head, while Antonio Rudiger and Robin Gosens are both struggling with cold symptoms.

Loew will give the trio every chance to prove their fitness but insisted he had “other solutions” in his squad if they do not make it.