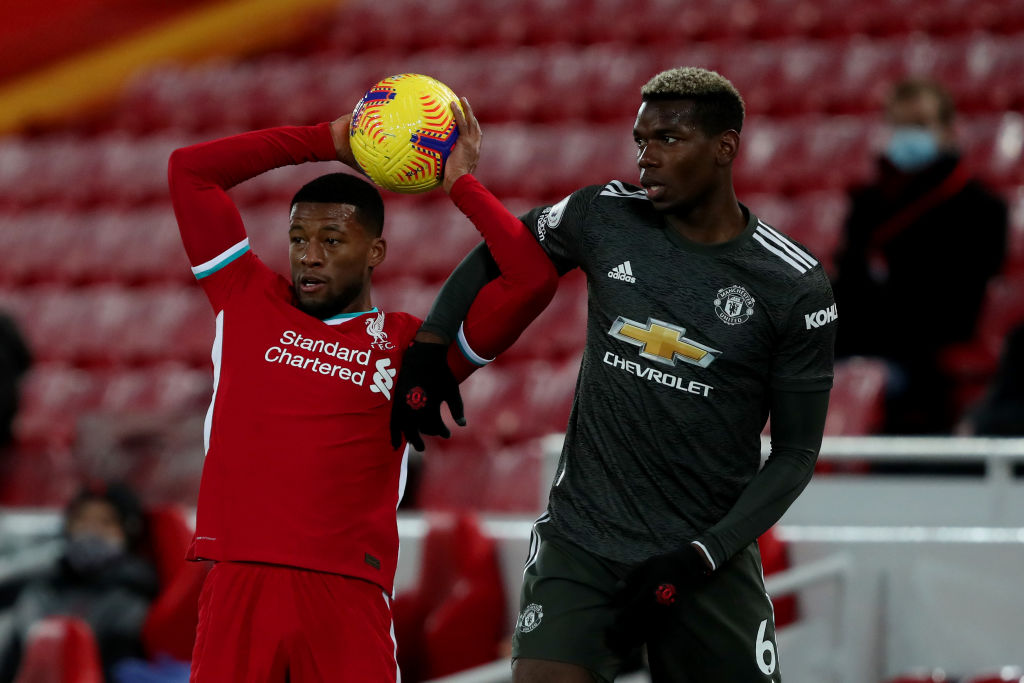 Gini Wijnaldum admits he would ‘love’ to see Paul Pogba follow him to Paris Saint-Germain and believes the ‘extraordinary’ Manchester United star is ‘one of the best midfielders in the world’.

PSG landed Wijnaldum on a free transfer this month after the 30-year-old brought an end to a glittering five-year spell with Liverpool, where he established himself a firm fan favourite and won both the Premier League and Champions League.

The Dutchman is one of five new players through the doors at the Parc des Princes this summer, with Sergio Ramos and Gianluigi Donnarumma arriving from Real Madrid and AC Milan respectively in recent days.

Mauricio Pochettino has also added right-back Achraf Hakimi and defensive midfielder Danilo Pereira to his squad for a combined fee of around £70million but the Ligue 1 giants are not done just yet in the transfer window.

Reports emanating from France suggest PSG are close to agreeing personal terms with Pogba to make the 28-year-old their marquee signing of the summer, with the World Cup out of contract in just 12 months’ time at Old Trafford.

United have made little progress in their attempts to tie Pogba down with an extension and the Red Devils must decide whether to cash in on the France international this summer or risk losing him for free at the end of the season.

‘He is incredible. I have played against him several times and what a fabulous player!’ Wijnaldum told RMC when asked whether he would like Pogba to join him at PSG.

The Netherlands international added: ‘If you ask any player from another team whether they would like Paul Pogba to join them, everyone would say “yes” because he is an extraordinary player, full of qualities. He has it all.

‘He’s one of the best midfielders in the world. But the way I see football and last year I saw it a lot: when a lot of players get injured and you always have to play with the same players, it’s hard .

‘There are so many games between the league, the cups, Europe, that you not only need a good eleven but also a good rotation. That’s how we form the best possible team. You need all the players for a season.

‘Coming back to your question, yes, I would love to have Paul Pogba with us here because he’s a great player.’

Serious questions have been asked of PSG’s togetherness – or lack of – in recent years and Wijnaldum believes forming a strong team bond will be key to the club’s fortunes this forthcoming season, especially with so many new faces in the squad.

‘I was the first of these signings and I was already telling myself that I was going to join a very good team because that’s what they have shown in recent seasons,’ he went on.

‘But with these other reinforcements, it’s really amazing. It’s also a test for us: to ensure all these good players make a team.

‘That’s going to be the hardest part, especially with the people who already think that we’re going to win everything.

‘It won’t be easy as everyone wants to beat us because of the players we have in this team.’