Glen Kamara has described facing a barrage of racist abuse on social media since his clash with Slavia Plague defender Ondrej Kudela during last month’s Europa League match at Ibrox.

The Rangers midfielder said he has received the abuse ‘every day, easily’ since the incident, in which he accused Kudela of racism.

Kudela faces a minimum 10-game ban if found guilty by UEFA, while Kamara is also being investigated by European football’s governing body having been accused of assault in an incident following the final whistle. 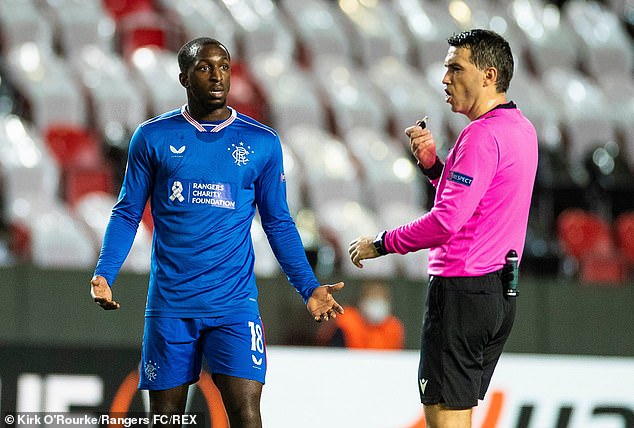 Kamara told ITV News: ‘I haven’t paid much attention to what he (Kudela) has done after this whole incident, but I’ve seen their fans, how they’ve reacted, and I’ll get (racist) abuse probably every day on my Instagram.

‘Every day, easily – I’m not the one that get really affected by it, so I’m all right. But how the team has reacted and taken it, it’s sad to be honest.

‘I feel like I need to tell my story – the online messages I’ve been getting, the racial abuse online – Instagram, Twitter, everywhere else. I feel like as the victim, it needs to be said.’ 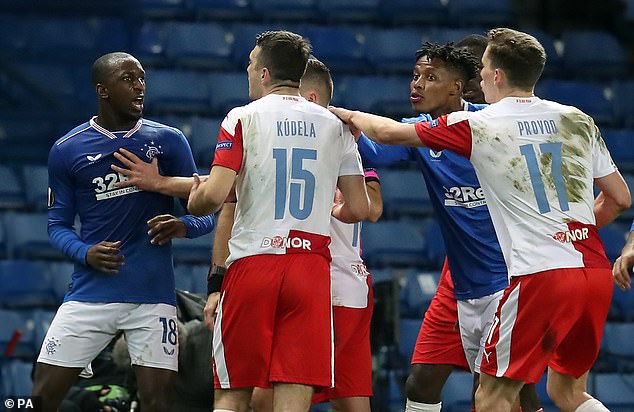 Kudela has already been handed a one-match ban by UEFA after effectively admitting a lesser charge of insulting Kamara, which is issued ‘without prejudice’ to any ruling the body might make on the racism allegations.

Kamara said the alleged abuse he received made him feel like a ‘little boy’, and added that he would not hesitate to walk off the pitch if it happened again.

‘I had so many different emotions and felt like a victim – I just felt like a little boy, it was a very weird feeling,’ said Kamara. 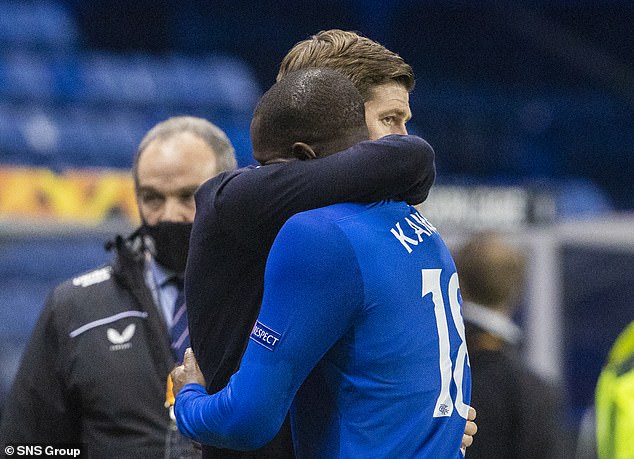 ‘If I could go back to the time of the game, I’d walk off the pitch, 100 per cent. My manager (Steven Gerrard) was actually trying to get me off the pitch, but I was on my own… I couldn’t hear anybody.

‘It’s an everyday life thing. I don’t know if in our lifetime we will see it change, but if I can make a change in some way, I’ll do it.’

Kudela was left out of the Slavia squad for their Europa League game at Arsenal this week, with boss Jindrich Trpisovsky insisting his absence was due to injury, rather than related to the racism investigation.

Wayne Rooney: Derby manager says the Premier League is 'better without' VAR and calls for it to be scrapped