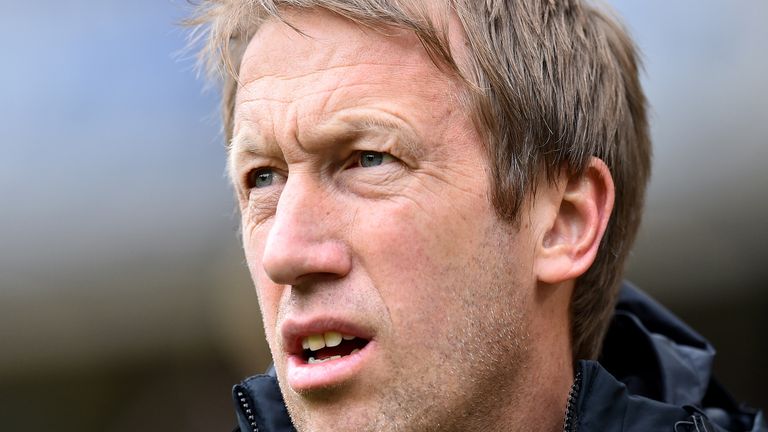 Graham Potter has urged his entire squad to be ready to play their part in Brighton’s survival fight as the Premier League restarts following its coronavirus hiatus.

The Seagulls were without a win in their previous 10 games before the crisis halted the season back in March, leaving them just two points above the relegation zone with nine games to play.

Brighton manager Potter is fortunate to have a fully-fit squad available for their first game back at home to Arsenal on Saturday and he is in no doubt that every player may be called upon over the next five weeks.

“We’re fortunate we have a fully fit squad of players who are all keen to play and want to get on with it.

“They’ve all trained as well as they have all year – the enthusiasm, attitude and professionalism has been really good so the challenge for them will be to be ready.

“Because whether it is from the start, last 20 or 30 minutes or whatever else the role is, I am pretty sure we will use all the players because the competition will mean we have to.”

‘There will be no excuses from us’

Potter readily admits it will be strange to restart the season behind closed doors but is urging his side to remain focused on what they can do – winning football games.

“It’s going to be totally different but there’s still an internal drive and collective desire to do well and that’s what we’ll use,” he added.

“Of course, we all want to be playing in front of supporters, but we know why we have to do this and we just have to adapt to the circumstances – there won’t be any excuses from us.

“We know there’s a big fight in front of us, we know the challenge – Premier League games are so tough so we have to play well, we will have to fight and do our best.

“We have to focus on the things we can control and if we can do that then we are capable of winning Premier League matches and getting the job done.”

Can Ancelotti buy Everton entry into the elite after £380m waste?