Graham Potter believes Leandro Trossard’s ‘arrogance’ will only enhance his chances of starring for Belgium in the Euros this summer.

The Brighton forward scored his first international goals in a midweek World Cup qualifying win over Belarus to place himself firmly in the plans of Belgium manager Roberto Martinez. 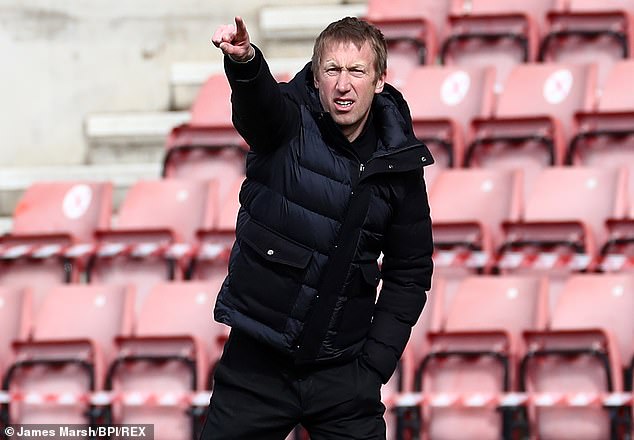 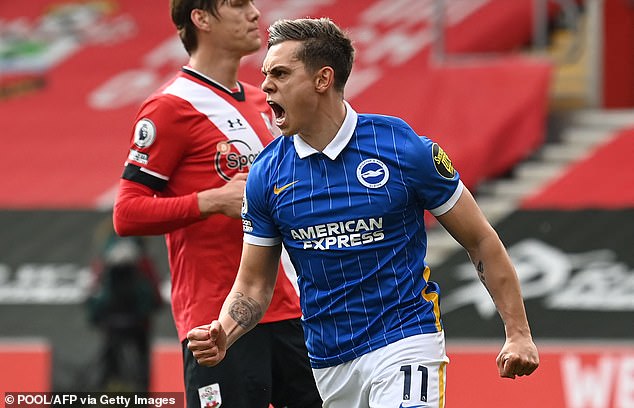 ‘I use the word [arrogance] but not in a negative way,’ Potter explained.

‘Just a belief in his own ability, a belief in what he can do, a confidence in himself and his teammates.

‘He has come from Belgium into the Premier League and has got better and better as time has gone on. The more he assists and the more he scores, the more he will believe in himself, I’m pretty sure.’

Trossard, 26, signed from Genk just under two years ago and his recent crucial match winner against Southampton was a sign of his improvement this season.

And Potter is in little doubt that the forward can force his way into Belgium’s starting XI for the first match at the Euros this summer. 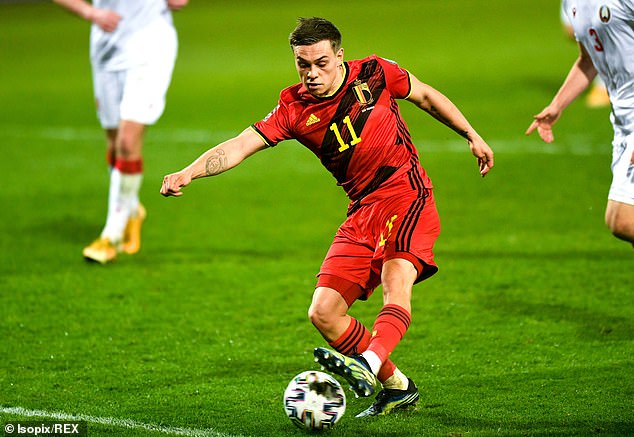 ‘He’s determined, he wants to improve his career and he knows the importance of the stage he’s at,’ the Brighton boss added.

‘And I think he probably feels a little bit unlucky, like our team.

‘We haven’t had the margins in our favour relative to our performance so until you get the goals and the points and get the job done, he’s not one for smiling too much and just carries on working.’

Serie A Games including Juventus vs Inter postponed over coronavirus fears

Which Premier League strike partnership had the best scoring season?