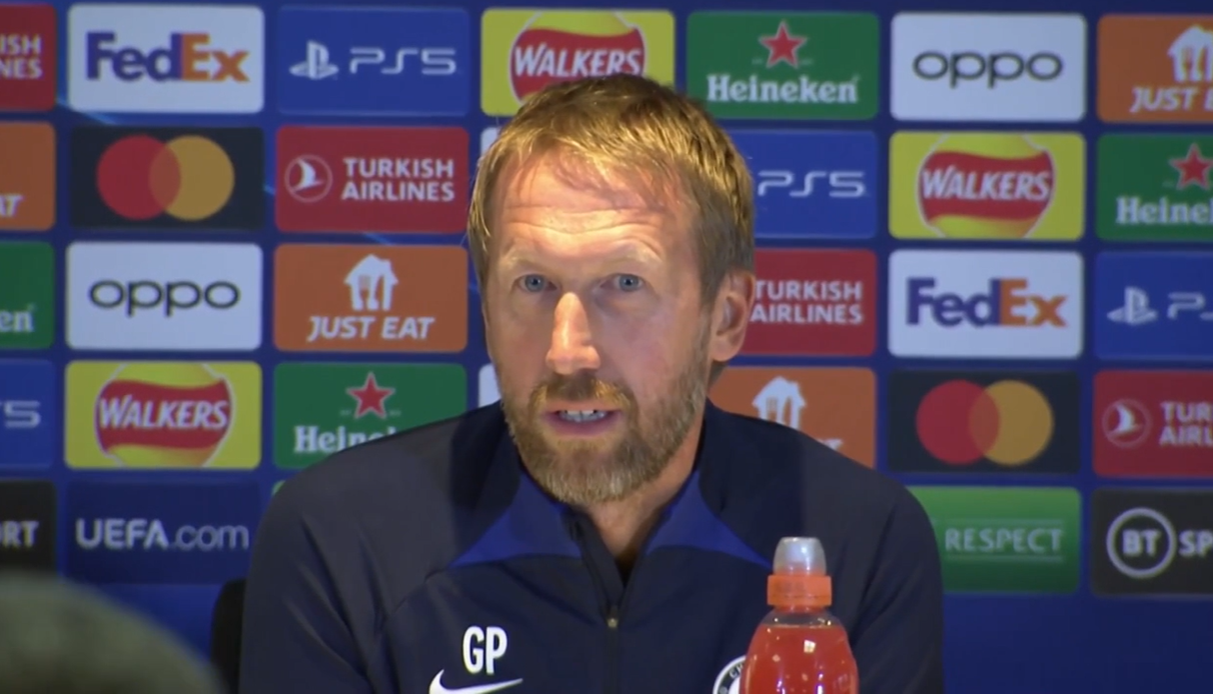 Graham Potter has ruled two Chelsea players out of his first game in charge as the Blues prepare to face Red Bull Salzburg in the Champions League.

Potter is excited to begin his tenure as Chelsea boss tomorrow night but has confirmed he will be without goalkeeper Edouard Mendy and midfielder N’Golo Kante.

Both Mendy and Kante missed Chelsea training on Tuesday and Potter said: ‘Edouard will miss the game, and so will NG.

‘Both of those guys are progressing well but this game is coming too soon for them.

‘With Mendy, it’s a knee problem. It’s responded well to treatment and it doesn’t look like it will be too long [before he’s back] but at the moment he’s not available.’

Potter spent three years at Brighton, with the Seagulls finished 15th in 2020, 16th in 2021 and ninth last season.

Brighton enjoyed a superb start to the 2022-23 campaign, winning four of their six matches to take 13 points from a possible 18. Potter leaves with the club sitting fourth in the Premier League.

On his decision to leave Brighton, Potter said: ‘The football club here, the history, the tradition, the size of the club and to compete in the Champions League, it is a completely different challenge to the once I’ve had.

‘I had three fantastic years at Brighton, an amazing football club, but I’m very thankful that the ownership here has put their support and belief in me to work with the quality we have here, to be competitive and put a team on the pitch our supporters are very proud of.’

Chelsea were due to face west London rivals Fulham last weekend but all ten Premier League fixtures were postponed as a mark of respect to the late Queen Elizabeth II.

The Blues will face RB Salzburg in the capital tomorrow but won’t be in action at the weekend as Sunday’s league match against Liverpool has also been pushed back ahead of the Queen’s funeral.

On the hectic start to his time at Chelsea, Potter added: ‘It feels like nine weeks or nine months, not nine days [since final game as Brighton boss].

‘The beauty of football and the beauty of life is you never know what can happen. I had some very intense conversations with the owners; firstly I realised they are good people who made a huge success of their life outside of football.

Tuchel defends 'unlucky' Chelsea star after West Ham win: 'We will support him'