Granada 2-1 Atletico Madrid: Diego Simeone loses a FOURTH successive LaLiga game for the first time in his 10-year Atleti tenure after hosts come from behind to win thanks to a Jorge Molina strike and 25-yard rocket from Darwin Machis

Things have gone from bad to worse for Diego Simeone and his men after he suffered a fourth successive LaLiga defeat – the first time in his tenure as Atletico Madrid boss – after his side were beaten by Granada on Wednesday.

Atletico started the game brightly and took the lead after just two minutes at the Estadio Nuevo Los Carmenes after Joao Felix was allowed to run at the defence before firing a low shot past Luis Maximiano in the Granada net.

However, Darwin Machis levelled things 15 minutes later with an absolute rocket, cutting in from the left before firing a shot through a crowd of Atletico bodies to equalise from 25 yards out.

Joao Felix then thought he doubled his tally with a superb towering header shortly before the break but saw his effort ruled out for a foul by the match official.

The hosts then went on to take the lead for the first time in the match on the hour-mark, springing a counter attack moments after Joao Felix struck the post.

After making their way up the field, Jorge Molina managed to steer the ball past Jan Oblak but saw his goal initially ruled out for offside by the on-field officials.

However, after a quick intervention by VAR, Molina’s goal was given, heaping the pressure on Simeone and his men.

Atletico, who remain in fifth, are now 14 points adrift of rivals and league leaders Real Madrid. 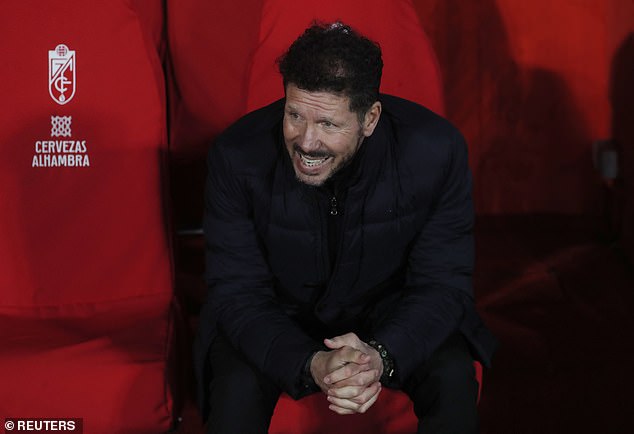 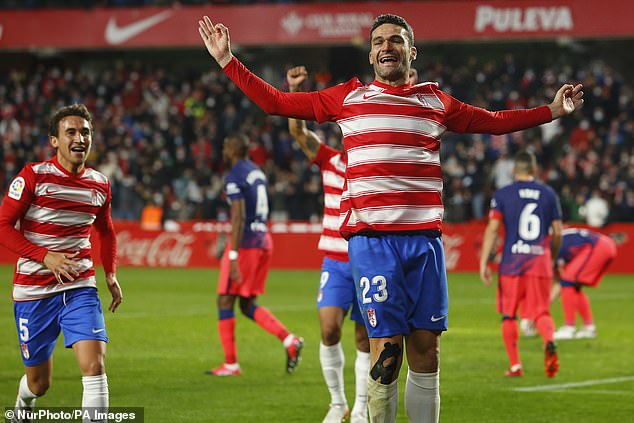 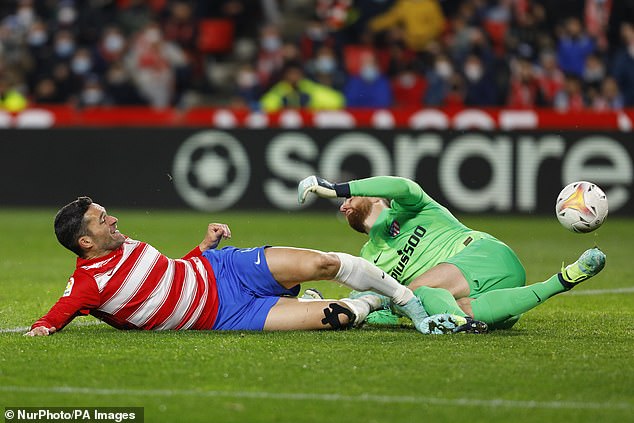 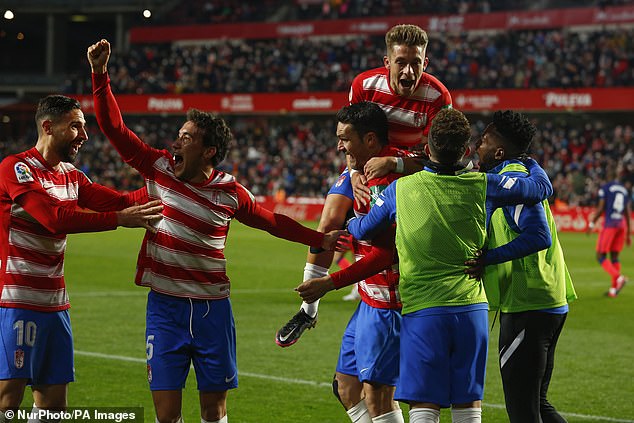 The Granada players wildly celebrate the goal, after VAR intervene to overturn the offside call 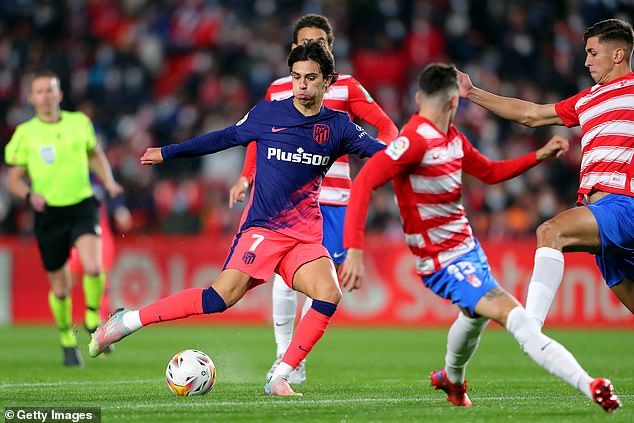 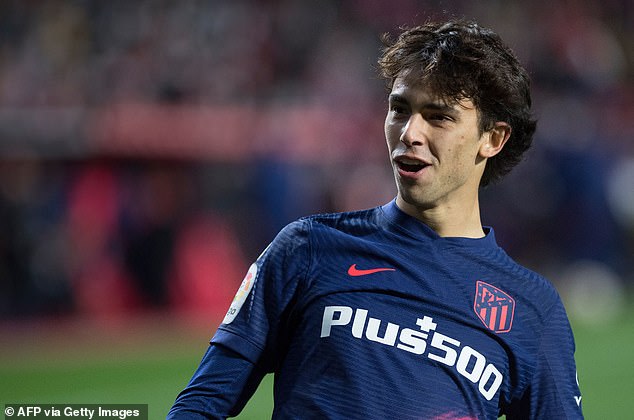 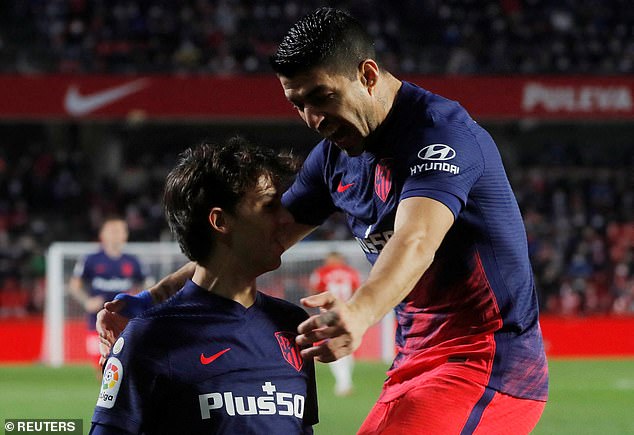 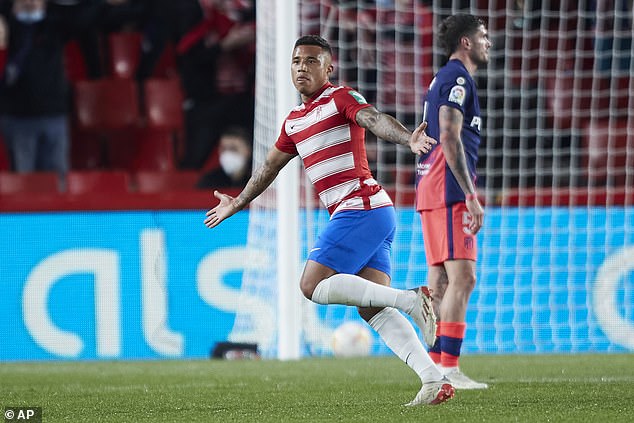 However, Darwin Machis was on hand to score the goal of the game and level the scores 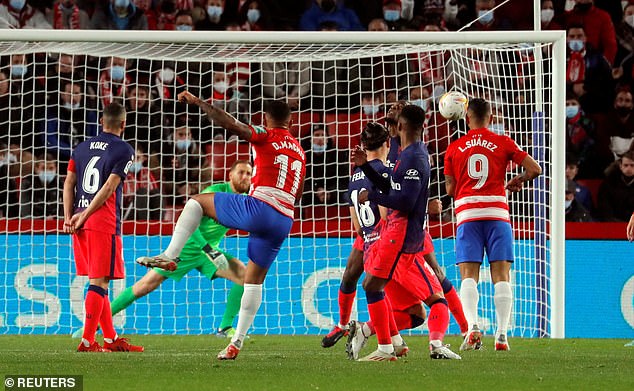 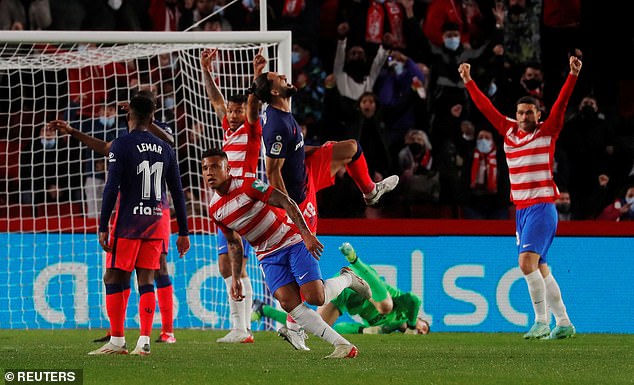 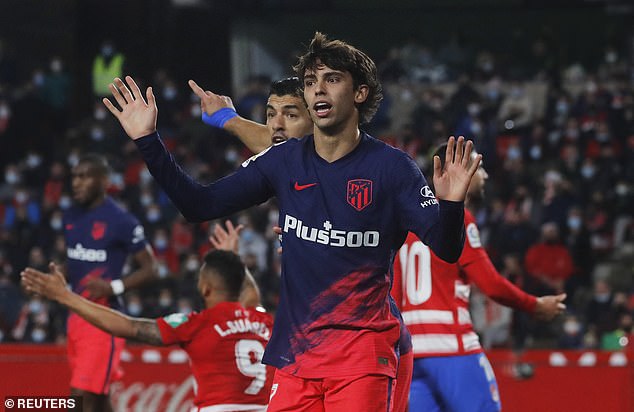