‘He is an incredible legend… they could name a street, a pitch, a statue (after him)’: Pep Guardiola reveals David Silva will return to the Etihad for his Man City testimonial when fans are allowed back after he starred in Newcastle thrashing

Pep Guardiola confirmed that David Silva will return to Manchester City for a testimonial once supporters are allowed back inside stadiums.

Silva’s scintillating display during last night’s 5-0 demolition of Newcastle underlined the quality City will miss when he departs this summer.

The 34-year-old scored a sumptuous free-kick and recorded a tenth Premier League assist of the season, a milestone he has reached in each of his ten years at the Etihad Stadium. 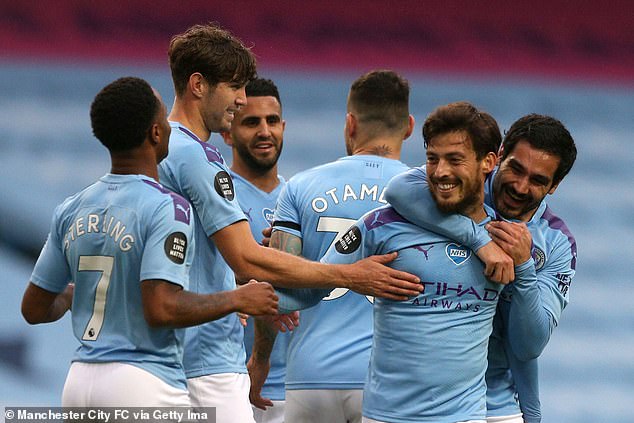 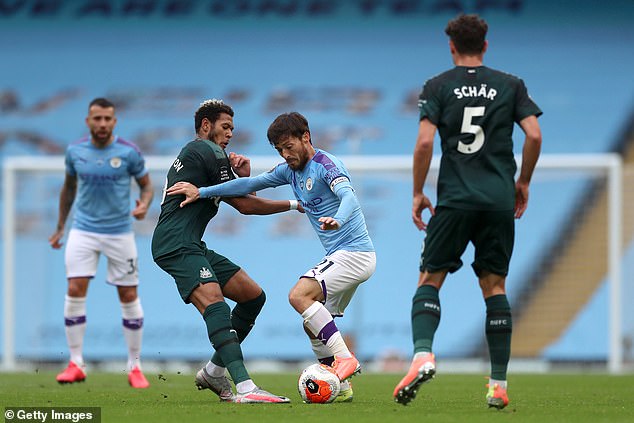 ‘He is coming back for the farewell game in front of all the fans because he is an incredible legend,’ Guardiola said. ‘They could name a street, a pitch, a statue (after him) – this is not my business.

‘David is maybe the best in small spaces, moving between lines, I’ve never seen anyone like him. He came back from lockdown in incredible form and rhythm. If he decides to play on, he can play anywhere – no doubt.

‘The young players have learned by David’s example. He is someone who doesn’t talk much but he leads by example. He’s a huge competitor.’ 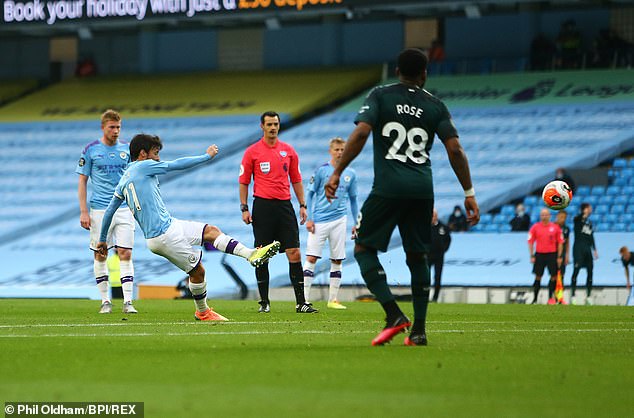 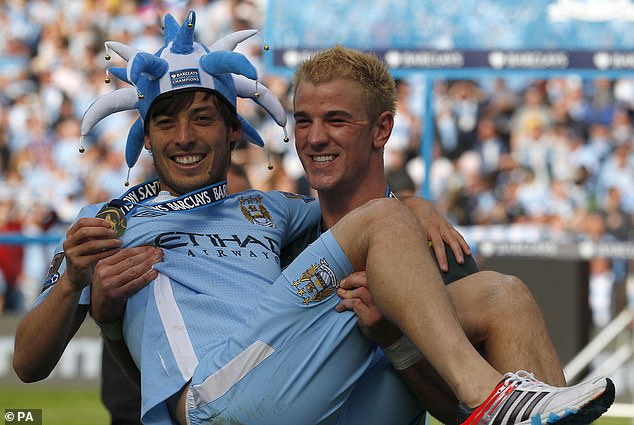 City remain confident that Eric Garcia will stay at the club amid interest from the defender’s former club, Barcelona.

Garcia, represented by Carles Puyol, is also understood to be enthused by the opportunities given to him this season and open to continuing under Guardiola. City are planning contract talks with the 19-year-old.

Meanwhile, Steve Bruce bemoaned defensive errors after Newcastle’s surrender. ‘We’re disappointed,’ he said. ‘We have to do better. We gifted them goals. 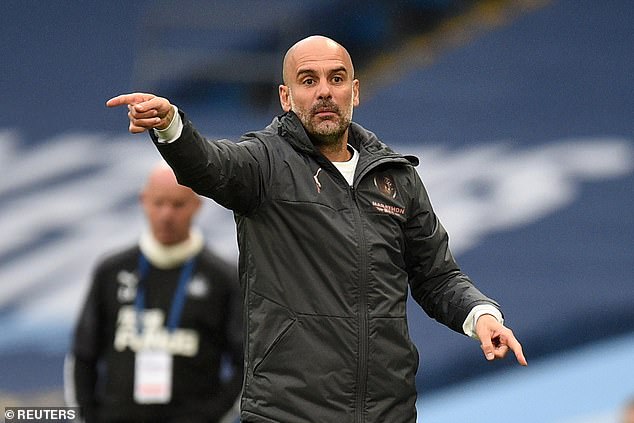 Guardiola said ‘they could name a street, a pitch, a statue’ after the magnificent midfielder